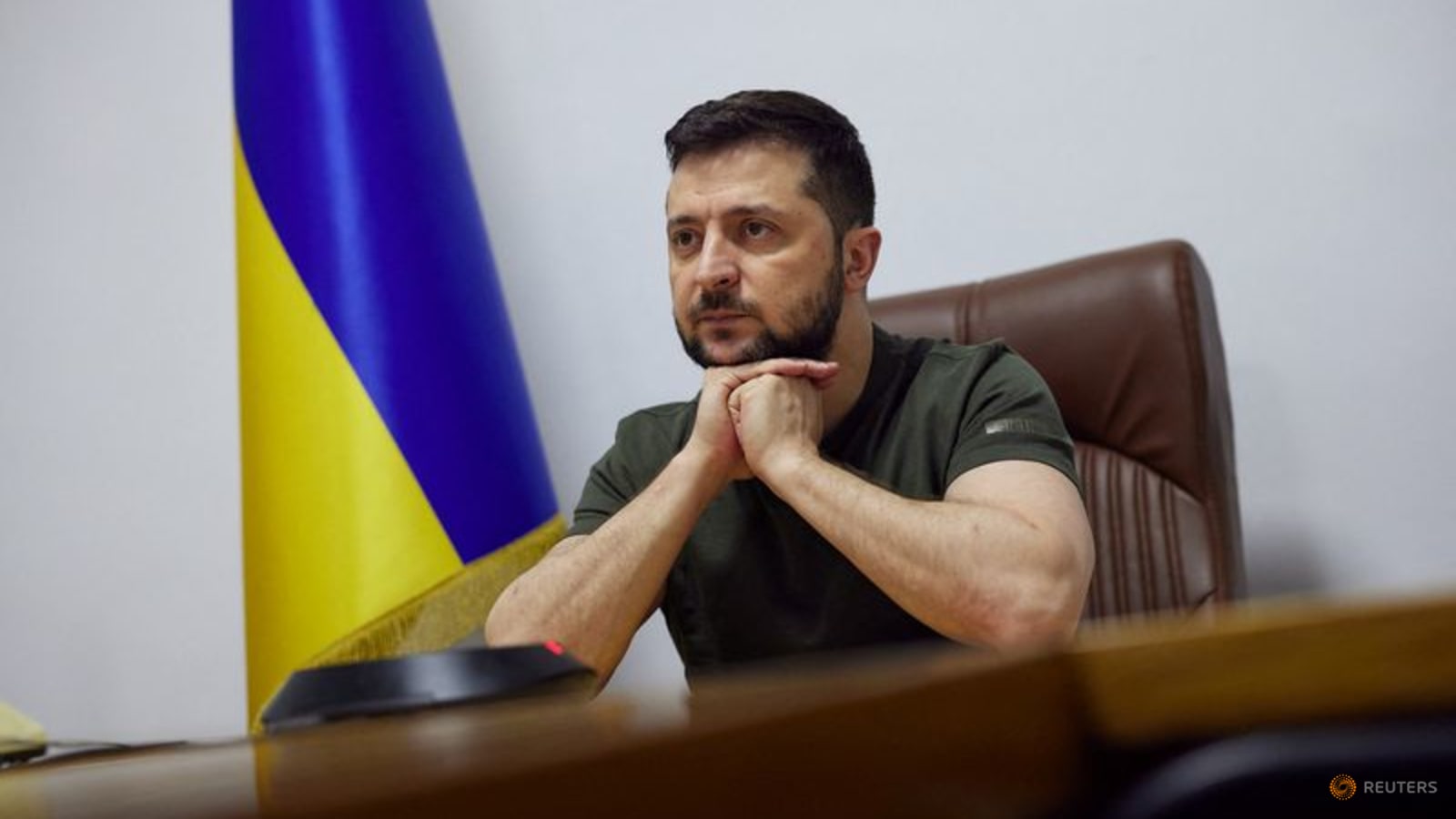 LVIV, Ukraine: Ukrainian President Volodymyr Zelenskyy on Thursday (Mar 31) said that the situation in the south and the Donbas region remained extremely difficult and reiterated that Russia was building up forces near the besieged city of Mariupol.

And in a rare sign of internal dissent, Zelenskyy also said in a video address that he had sacked two senior members of the national security service on the grounds they were traitors.

Zelenskyy, who often uses colourful imagery, said that the Russians were so evil and so keen on destruction that they seemed to be from another world, “monsters who burn and plunder, who attack and are bent on murder”.

Russia says it is carrying out a “special operation” to disarm and “denazify” its neighbour. Moscow also denies Kyiv’s accusations that Russian forces are targeting civilians.

Zelenskyy said that Ukrainian forces had pushed back the Russians from Kyiv and Chernihiv – two cities Moscow had announced would no longer be the focus of attacks as they seek to secure the separatist Donbas and Luhansk regions in the south-east.

“There will be battles ahead. We still need to go down a very difficult path to get everything we want,” he said.

“The situation in the south and in the Donbas remains extremely difficult.”

Zelenskyy also said he had fired two top officials at the national security service – the overall head of internal security as well as the head of the agency’s branch in the Kherson region.

“I do not have time to deal with all the traitors, but they will gradually all be punished,” he said, adding that the two men had betrayed their oath to defend Ukraine. He did not give specific details.

The occasion marked the first time Zelenskyy has announced high-profile sackings of those involved in Ukraine’s defence.