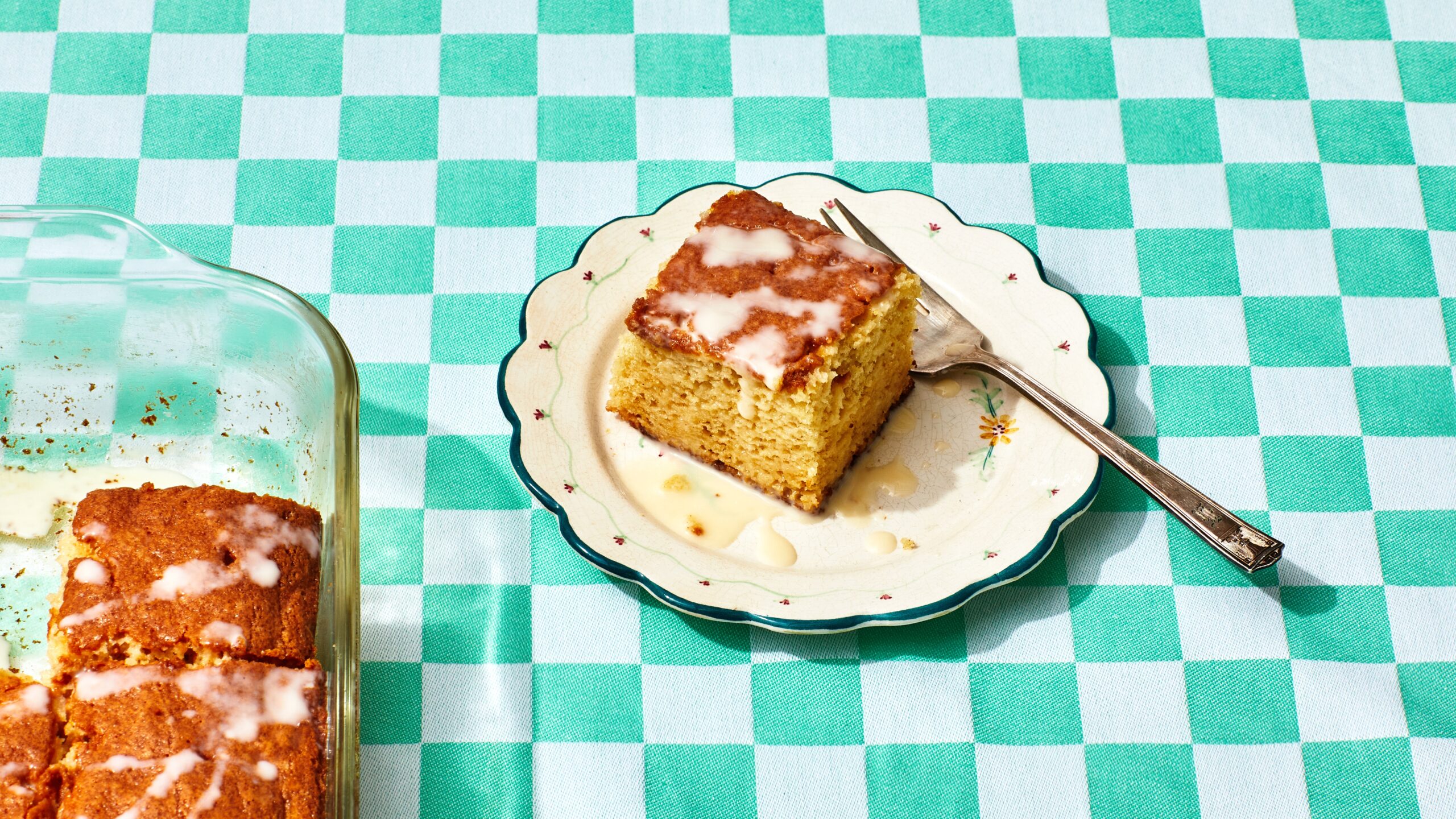 Tres leches cake sits somewhere at the intersection of custard and cake, its luscious texture able to please lovers of both. In Spanish, the dessert’s name means “three milks,” referring to the condensed milk, evaporated milk, and heavy whipping cream that get poured over the cake after it’s cooled to room temperature. Several Latin American communities, including those from Mexico and Nicaragua, claim the dessert as their own, but its origin story is murky at best. The roots of tres leches can be traced back to Medieval England, when cooks would often soak stale cake to make trifle, extending its shelf life.

In this version from (now closed) Mexican restaurant Alma in Dallas, Texas, the otherwise classic tres leches cake recipe includes a fourth leche—whole milk—which is beaten into the sponge cake batter for good measure. The cake will absorb most of the rum-laced soak if you give it time, but if there’s any remaining sauce, spoon it over the top before you serve it.

Editor’s note: This recipe was originally published in our July 2012 issue and first appeared online in June 2012.

All products featured on Bon Appétit are independently selected by our editors. However, when you buy something through the retail links below, we earn an affiliate commission.