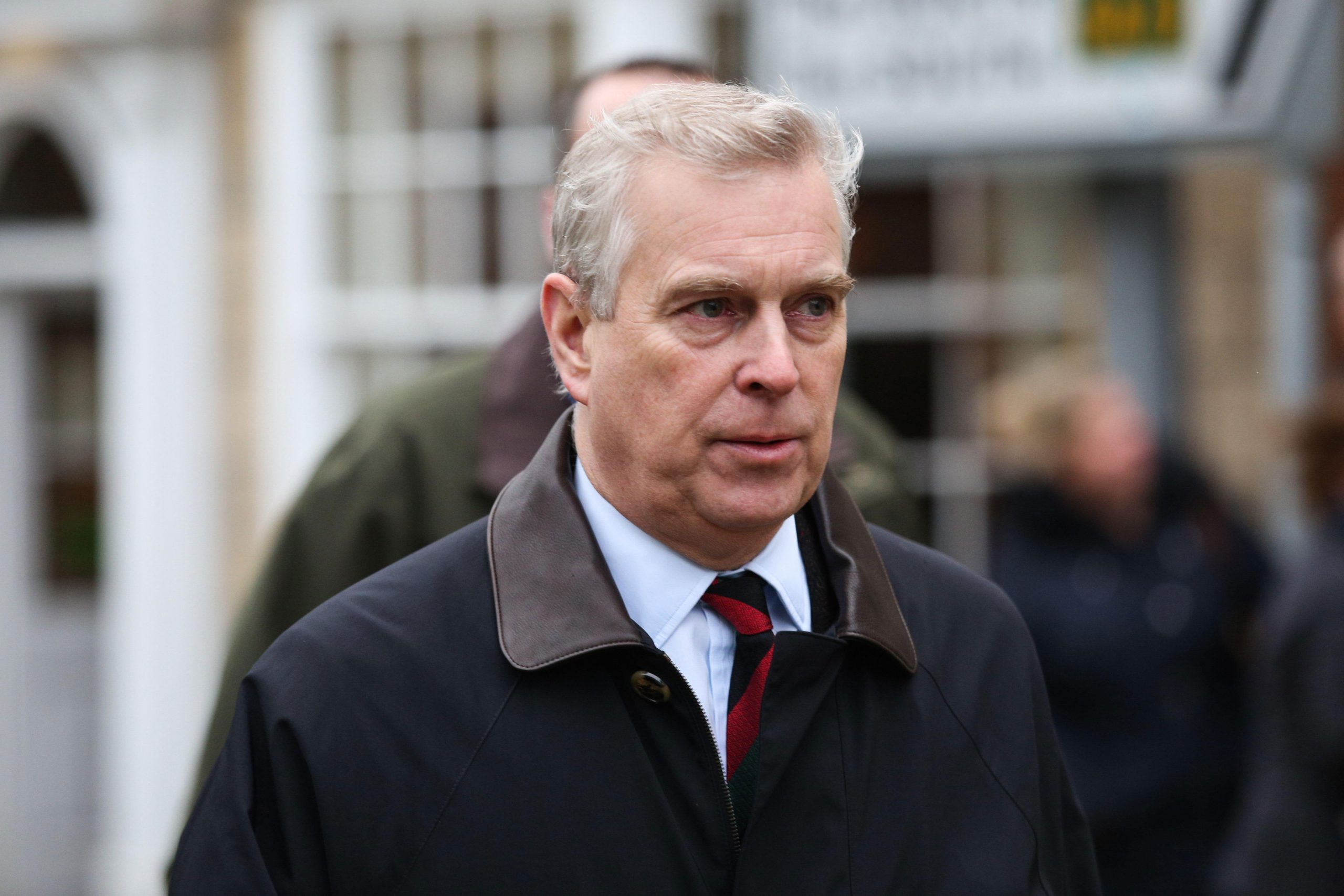 Just two weeks ago, on 26 January, Prince Andrew’s lawyers went on the offensive. In New York court documents, not only did they forcefully deny Virginia Giuffre’s claim that Andrew sexually abused her on three occasions when she was 17, they made an astonishing statement. Even now, it is breathtaking.

Despite the car crash that was his Newsnight interview with Emily Maitlis, the prince would have his day in court. In front of 12 good men and true, he would clear his name thanks, presumably, to the simple sword of truth and trusty shield of British fair play.

But, as Jonathan Aitken found, swords and shields are best wielded when their motion is pure. For, as the old lawyers’ saying has it, he who comes to equity should come with clean hands. None of which is to say that the beleaguered Duke’s hands were unclean. He has always denied the allegations made against him by Ms Giuffre.

His deposition date was set for 10 March this year.

Then, suddenly, this week an out of court settlement was reached with Ms Giuffre. A statement was released, which notably contained no apology or admission, but did backfire on the Giuffre smears, acknowledge Epstein’s wrongs and plant the seeds for some kind of charitable redemption.

‘The parties will file a stipulated dismissal upon Ms Giuffre’s receipt of the settlement (the sum of which is not being disclosed). Prince Andrew intends to make a substantial donation to Ms Giuffre’s charity in support of victims’ rights. Prince Andrew has never intended to malign Ms. Giuffre’s character, and he accepts that she has suffered both as an established victim of abuse and as a result of unfair public attacks.

‘It is known that Jeffrey Epstein trafficked countless young girls over many years. Prince Andrew regrets his association with Epstein, and commends the bravery of Ms. Giuffre and other survivors in standing up for themselves and others. He pledges to demonstrate his regret for his association with Epstein by supporting the fight against the evils of sex trafficking, and by supporting its victims.’

The joint statement agreed by the prince and Ms Giuffre states that the sum will not be disclosed, but, as Harvey Weinstein and scores of others have found, confidential agreements have a strange ability to metamorphose into public knowledge. The Prince didn’t have to live in fear for long before The Telegraph disclosed that the Duke will pay his accuser more than £12m, which will be partly financed by the Queen, and that the terms of the deal state he can no longer repeat his denial that he raped Virginia Roberts Giuffre. All that within 48 hours; and who knows what more will follow.

It all begs far more questions than it answers. ‘Why is a prince who told me he had “no recollection of ever meeting this lady” now paying her what we understand to be upwards of £10 million?’ wrote Emily Maitlis on Wednesday night. Such questions will dog him for the rest of his life. They will make his resumption of an active role within the royal family as fanciful as a soothing massage on a private Caribbean island.

First, there’s the volte-face. In the space of two weeks, Prince Andrew has gone from demanding a jury trial – having put the stamp on his lawyers’ casting of Ms Giuffre as a ‘money-hungry sex kitten’ – to agreeing to pay substantial compensation. If the turnaround looks bad, the lines of enquiry as to why it might have been made don’t produce sunnier vistas. A leaked email from Andrew’s friend and convicted sex trafficker, Ghislaine Maxwell, reveals that Maxwell believed the infamous photograph of Andrew with his arm around Ms Giuffre’s waist wasn’t doctored, as Andrew claimed, but real.

The prince was already facing hurdles. Did he really experience such an overdose of adrenaline that he had been left with an inability to sweat? Why did his lawyers say he was unable to provide documentary evidence of this curious medical condition? Why did he say he always wore a tie when out in London, when photographic evidence showed this was untrue? Who would step forward to corroborate his trip to Pizza Express in Woking?

All of this, and more, would have been up for grabs in cross-examination had Ms Giuffre’s claim gone all the way to court. No one who witnessed Andrew disintegrate in the face of Maitlis’s questions could have had any confidence in him taking the stand. For this reason, cynics among legal observers did not take Andrew’s declaration of war at face value. They felt it was a piece of theatre, a cameo of defiance before the inevitable climbdown.

And so it proved. In settling Ms Giuffre’s claim, Andrew took the only viable option – the route that spared him a devastating courtroom grilling and paved the way for unsullied celebrations for the Queen’s jubilee. And yet… and yet. The questions do not go away. Why did it take so long for him to ‘regret’ hanging out with a convicted paedophile? He also says he ‘intends to make a substantial donation to Ms Giuffre’s charity in support of victim’s rights’. Only ‘intends’? Why, if Andrew is serious about his pledge to fight the evils of sex trafficking, did the statement not unequivocally state that he will make such a donation?

This particular question may prove academic. Charities working with survivors of abuse have been quick to suggest they’d rather not hear from the Duke, thanks very much. When it all comes down to it, his good intentions may be thwarted.

But what won’t be stemmed is the volume of disquiet – over Andrew’s appalling choice of friends, his bizarre explanations, his colossal misjudgement. The Duke may have avoided a trial by jury, but he will never escape the court of public opinion. When it comes to distancing himself from Maxwell and Epstein, and pledging to support victims of sexual assault, it’s too little, too late.

Alex Wade is a partner at Wiggin LLP and CEO of Reviewed and Cleared.