Après ski bars can become legendary venues in any given resort. Given the nature of employment in the ski season, the best bars attract a regular cast of characters, ski bums, seasonaires, ex-pats and residents who are loving the vibe of a lively bar with a reputation for being the place to see and be seen. That’s why you’ll often see a lot of the same people populating the best bars night after night. They can become addictive, the bars, not the people. For the holidaymaker it can be a ready made hot spot with a buzz and a fun atmosphere, with the main characters getting up to all sorts of high jinks. Après ski is an opportunity to let your hair down and thoroughly enjoy yourself. It’s a time to unwind after all that physical and mental concentration on the slopes, to simply forget about everything else and experience the moment. Here are four venues in Val d’Isere where you can do just that.

“The La Folie Douce has been amazing (people) since 1980”, so they boast on their website. Hype or fact? Well a little of both. I dare say they’ve had their off days, who hasn’t, but it is a fact that in Val d’Isere especially and in several other French ski resorts the La Folie Douce reputation is well earned. 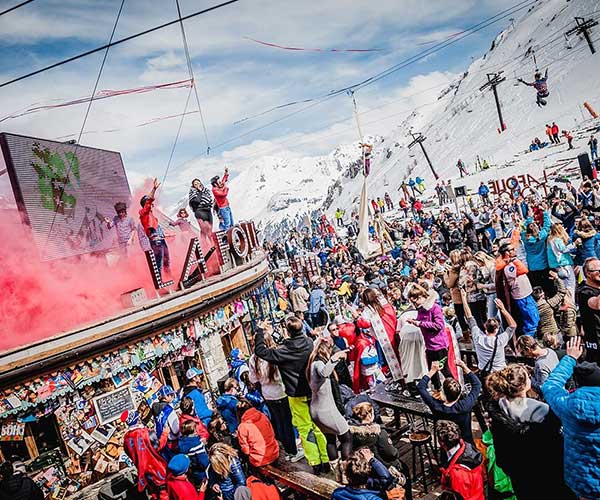 The La Folie Douce mission statement and core values are for originality, freedom and an undying thirst to “keep it real” with the aim of communicating their message, giving maximum pleasure, developing a lifestyle and sharing the experience. I can vouch for some of that. The La Folie Douce restaurant and bar on the slopes in Val d’Isere has a living backdrop of dancers, divas, DJ’s and fun-seekers of all ages and I’ve been swept up more than once in the intoxicating ambience. It’s a heady mix of high-quality cuisine and high-altitude clubbing.

Well into their third decade the La Folie Douce brand is thriving and still going strong and now they plan to expand into the hotel industry. The first phase is well underway with an establishment in Chamonix that was opened in time for the start of the 2018/19 ski season.

Just beside the main lift in the town, Cocorico gets jammed packed very early and from start to finish its buzzing. Full to capacity with happy smiling people, young and old alike. The party is in the open air, so ski there and join the fun. 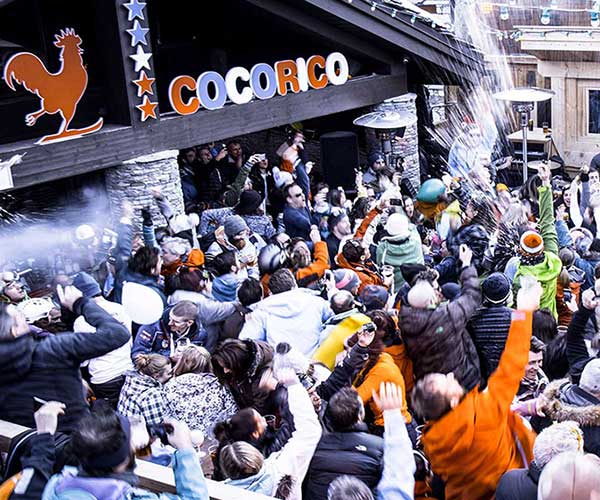 Always a crush but always seems to be good spirited as people hassle for space. Dancing on tables seems to be essential and is encouraged. The legendary après sessions at Cocorico are not to be missed! They’ve got an even bigger and better outdoor terrace and bar for you to party on this winter, along with a huge sound system.

A mixture of live music and Dj’s with lots of classic anthems that has everybody joining in. It’s a bonus that you are already back in town and can stay much longer without worrying about having to ski home with wobbly legs. Cocorico is open from 2pm until 8pm every day.

A lively bar with great live music and professional DJs that works for any age group!You could find yourself going for one drink and ending up staying most of the night. I’ve been in there before when a great, if slightly inept duo were entertaining the crowd. Karen and Andreas had everyone dancing and singing along. I suppose you have to be in the mood but then that’s what après ski is all about. 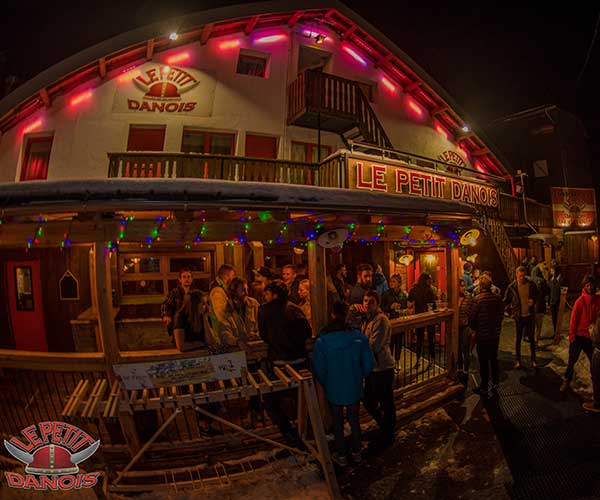 You get a toffee vodka shot with every drink, for free, and 2 for 1 drinks from 4pm to 5pm. The food was very good and the bar and restaurant staff were very friendly and helpful. It seems a really well run venue with a good team. I hear it is very lively after 11 with the younger crowd. A great vibe. As in my past posts, Trip Advisor raises it’s ugly head again. This place has had some shocking reviews. Seemingly a lot of people have taken issue with the curry too. I honestly couldn’t complain though, I had a good time there.

Great location, right next to the main ski lifts and on the edge of the nursery slopes at Bellevarde. Run by the ever-welcoming and super-friendly Ricky who is born and bred in Val d’Isere and also one of the best skiers there. A small and cosy bar but with some super-sunny seats outside on a small terrace. Bananas is made up of two separate bars – one for beer and one for spirits. A clever incentive, if ever I saw one, not to mix your drinks! 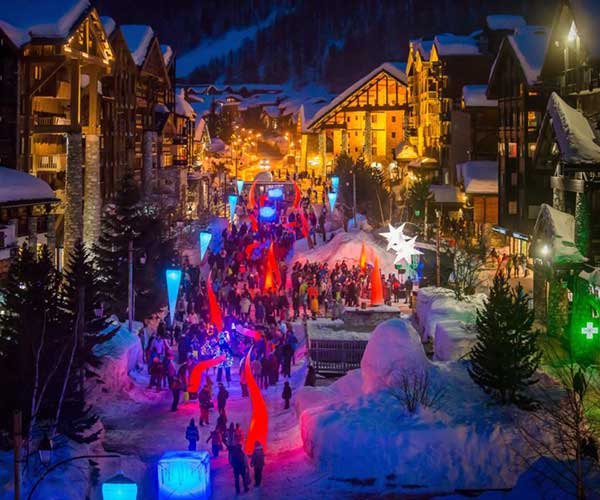 There’s a great atmosphere inside, with a cocktail menu that champions pint-sized mixtures such as the Titanic, a lethal blend of curacao and vodka. Bananas is a massive hit with the locals and the ski bums, so book to avoid disappointment. It is also a great place for an apres ski beer or an evening drink. The food is also a reason to stop by, with a fusion of Tex Mex and Indian dishes making up the mouthwatering menu. They also serve burgers and a range of other bar food and snacks. If you’re lucky enough to be in Val d’Isere, make sure you pop into Bananas. Bananas is one of the best places to come for an après-ski beer or three.

The internationally renowned Dick’s Tea Bar has come to be known as an institution in Val d’Isère to locals and tourists alike. Legendary founder Dick Yates-Smith opened the venue in 1979 and by the mid 80’s had turned the one-time game-hall into a winter jet-set and celebrity ski hang out. From professional footballers to pop stars, the likes of Bono and Richard Branson to more recently DJ Martin Garrix (Who even jumped behind the decks) and Louis Tomlinson of One Direction have spent nights at the venue making it one of the most famous Alpine nightlife names in Europe. Whilst having an international tourist clientele from France, the UK, Scandinavia and Russia among other places, Dick’s also prides itself on being the seasonaire’s second home. 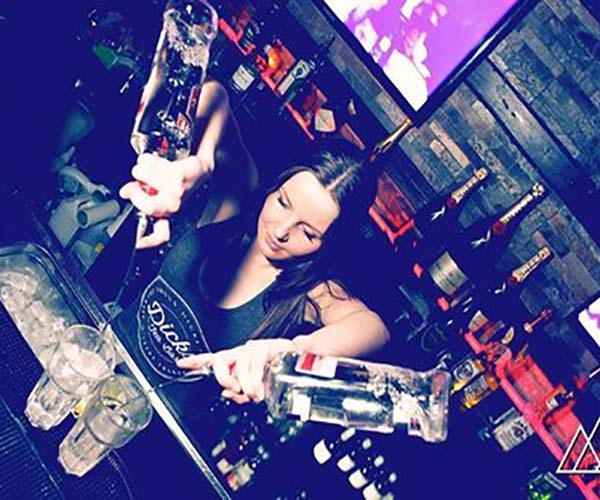 The only late-night venue located in the resort town-centre, Dick’s Tea Bar is open 7 nights a week from 10:30pm, holding over 500 people with a range of VIP and table areas. Nights kick off with house music mixed with a range of classics accompanied by live musicians. The larger nightclub section opens up after midnight with a variety of international residents and guest DJs performing their sets.

Like many ski lovers, nightlife entrepreneurs Alex Fateh and Seb Hall had frequented Dick’s over the years and jumped at the opportunity to take over the business in 2010. They set out to further grow the famous brand by fully refurbishing the venue installing state of the art sound and lighting systems and bringing with them an international team of staff. Whilst adding their own personal stamp on the venue they made sure to hold onto the core values Dick’s Tea Bar was built on.

Danny Frith is Director at SkiBoutique. SkiBoutique is a luxury ski chalet agency based in Switzerland.