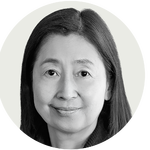 Opposition among the Japanese public to the Tokyo Olympics is reaching new heights with the Games just over two months away, as a soaring coronavirus caseload has led growing areas of the country to be placed under a state of emergency and the country’s vaccination campaign has gotten off to an agonizingly slow start.

In a survey released on Monday in Japan, 83 percent of those polled said they did not want Tokyo to hold the Olympics and Paralympics. That total was up 14 percentage points from a survey in April. The Games, which were postponed a year because of the pandemic, are scheduled to start July 23.

The medical organization, which represents about 6,000 primary care doctors, posted an open letter to Prime Minister Yoshihide Suga on its website on Monday saying that it would “strongly request” the authorities to arrange a cancellation.

Japan has seen its number of coronavirus cases grow with the spread of deadlier and more contagious variants. The country has been reporting as many as 6,000 cases a day in recent weeks, after recording 1,000 daily in early March.

Nine prefectures, including the large metropolitan areas of Tokyo and Osaka, are under a state of emergency. Residents have been asked to only go out for essential reasons. Karaoke parlors have been asked to close, and restaurants asked to not serve alcohol and to close by 8 p.m.

In the Asahi Shimbun survey, 67 percent said they did not approve of how Mr. Suga and his government had responded to the virus. Japan’s vaccine program has been criticized as one of the slowest among developed countries. As of Monday, only 3.8 percent of the population had received at least one shot of a vaccine, while 1.6 percent have received two.