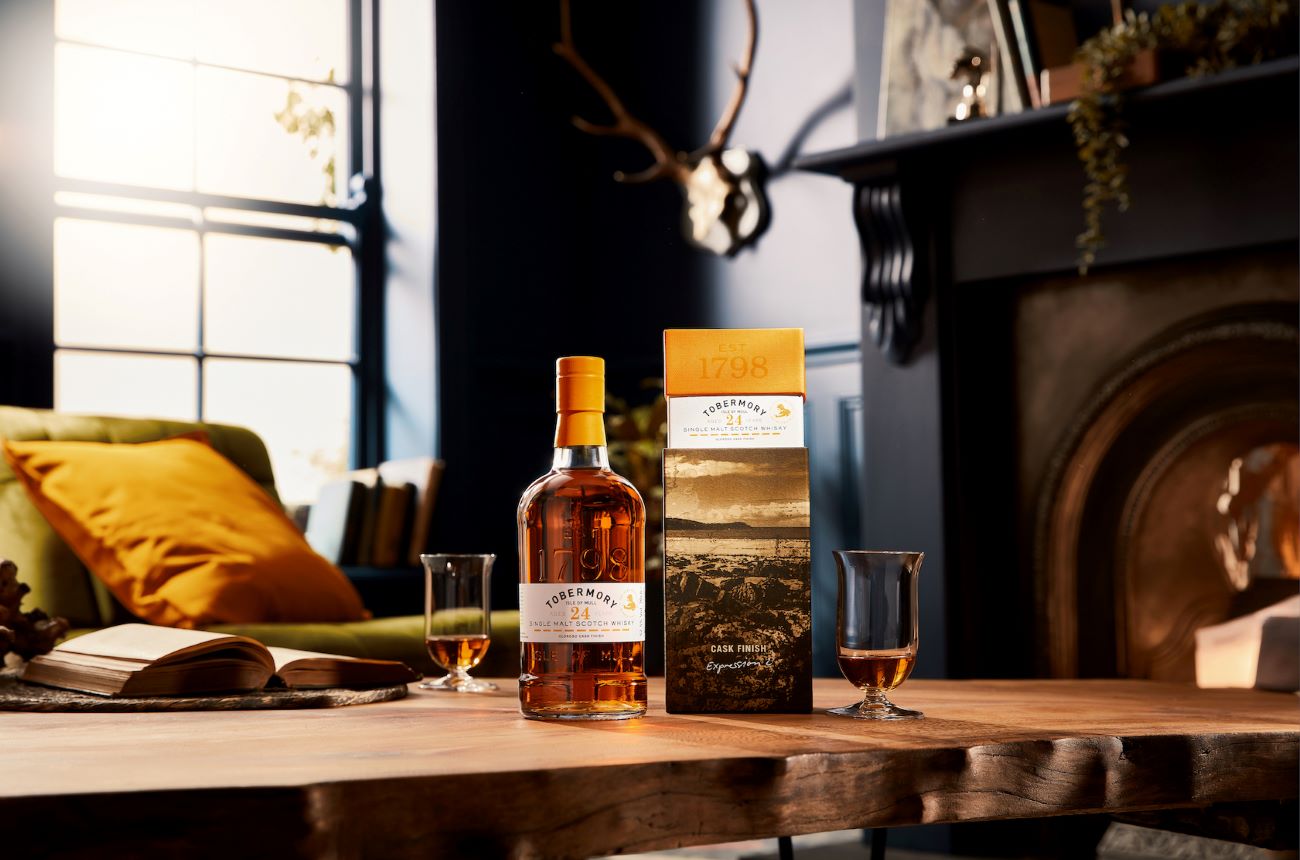 As a result, Tobermory’s core expression has moved from 10 to 12 years old. ‘There’s a feeling that Tobermory gets better with age,’ said McCarron. ‘I think those two years create a lot more value in terms of flavour and depth … It just takes time and patience to turn into something special.’

Tobermory’s whisky is relatively scarce, with the distillery producing only 700,000 litres of pure alcohol a year. Half of this is accounted by peated single malt Ledaig, which is increasing production, while fewer batches of Tobermory are being processed because of longer fermentation times.

The distillery only operates five days a week, and expansion is unlikely because of its cramped location between a sheer cliff face and the sea. ‘We are going to make far less Tobermory,’ said McCarron. ‘Older whiskies will be the focus.’

The Hebridean Series will comprise five single malts in total, all from the same batch of casks, including 25-, 26- and 27-year-old releases over the next three years.

Tobermory 24 Year Old is available exclusively from Berry Bros & Rudd for £320 a bottle for the next two weeks, before launching on Tobermory’s website on 10 March.

Tobermory 24 Year Old Oloroso Cask Finish: The plush citrus and honeyed sweetness of last year’s 23-year-old release moves into darker territory here, with more depth and breadth – partly thanks to its higher abv. There’s dark honey and a hint of coffee bean, but the fruit is the star: blackberry and black cherry, undercut by notes of cinnamon and nutmeg. A rich and rounded Tobermory to savour.