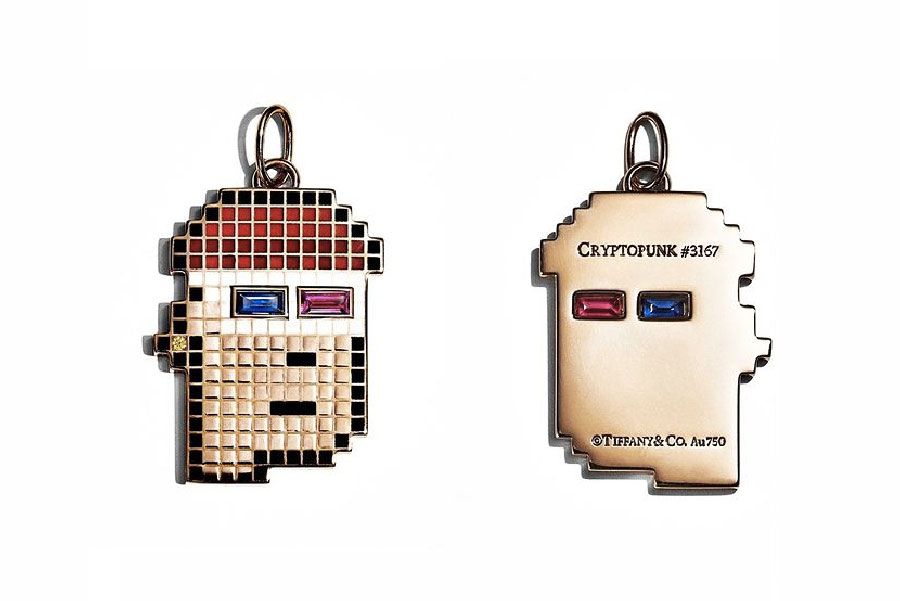 Whether you love them or hate them, NFTs are here to stay.

Plenty of people have trouble understanding how a digital image can hold value, and why people would pay thousands – even millions – of dollars for a picture, especially projects such as Bored Ape Yacht Club and Cryptopunks.

Well, Tiffany & Co. VP Alexandre Arnault has proved that you can actually use your NFT art to create real, physical objects. His happens to be a Tiffany & Co. pendant. Casual!

As the owner of Cyptopunk #3167, Arnault has taken the recognizable character and turned it into a jewelry piece, which features rose gold and enamel along with sapphire and mozambique baguette ruby glasses, as well as a yellow diamond round earring.

Revealed on Twitter, the piece has already gained plenty of traction, both within the NFT community as well as within the fashion world, with plenty finding the piece to be an interesting way to use the NFT smart contract and the IP that comes with it.

Plenty of Cryptopunk holders have also expressed that they would love to have their own NFTs turned into jewelry by Tiffany & Co., so who knows, perhaps there’s a lucrative business opportunity somewhere along the line.

This isn’t the firs time that Tiffany & Co. has embraced web3 and the Metaverse. For April Fool’s, the label joked that it would be dropping its own cryptocurrency – the TiffCoin – which later turned out to be an actual thing, albeit a real, limited-edition gold coin that could be purchased last week.

It’s clear that Alexandre Arnault is interested in continuing to bridge the two worlds, and it remains to be seen what Tiffany & Co.’s next steps will be.