This Otherworldly ‘Darth Vader House’ in Houston Could Be Yours for $4.3 Million

The force is strong with this luxurious Texan abode. Known to many as the “Darth Vader House,” the space-age property is at once epic and commanding, and has a multimillion-dollar price tag to match.

Built a short time ago in a galaxy not so far away—that is, Houston circa 1992—the two-story structure has a striking, angular silhouette that resembles the Dark Lord of the Sith’s personal flagship, the Executor, as well as his infamous TIE Fighter and Death Star.

The overlord’s lair is located on a large lot on a prestigious West University street and offers an impressive 7,000 square feet of living space. With contemporary styling throughout, it is characterized by a flowing open-plan layout and massive windows that let in plenty of natural light. 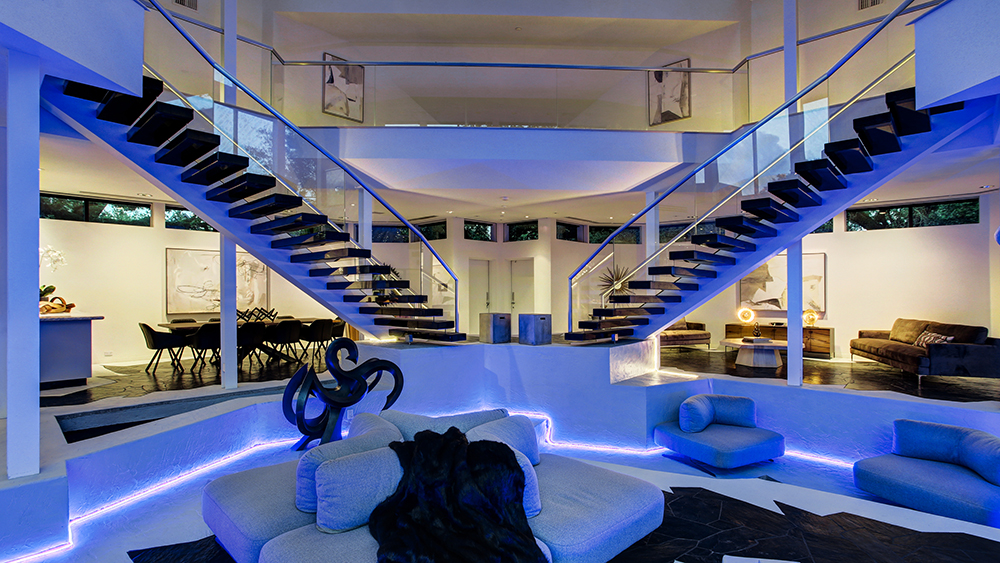 At the heart of the home is an angular atrium that comes complete with a sunken neon-lit lounge and dual floating staircases. Elsewhere, there are four generous bedrooms with ample closet space for your Galactic Empire regalia, five full bathrooms, an office, a dining room and a kitchen whose stone countertops have a rockface edge—a naturalistic counterpoint to all the sharp angles inside and out.

The furniture and art throughout toes the line between elegant, mid-century modern and abstract futurism. Think large, intricate sculptures mixed with stately wooden tables and consoles. 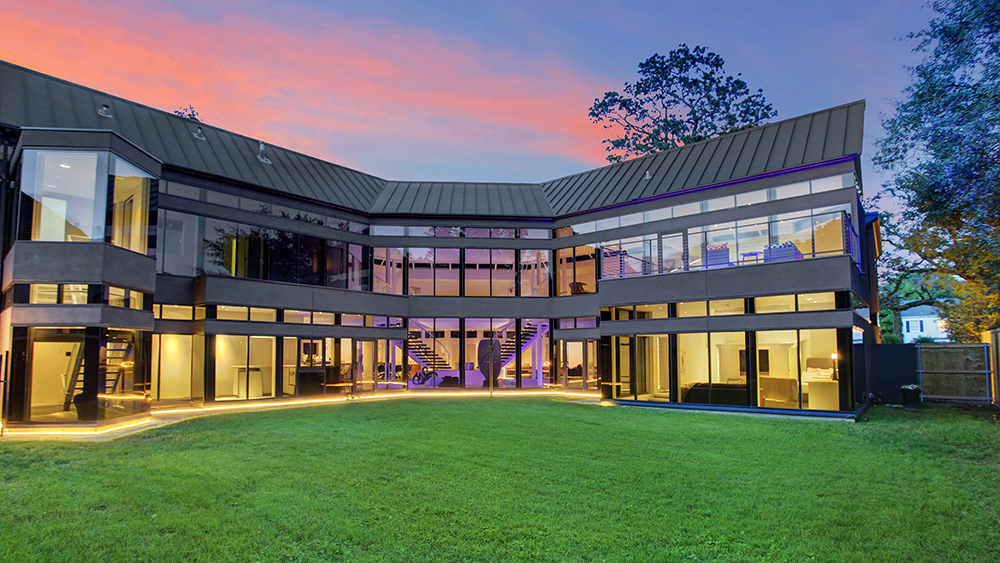 The exterior, meanwhile, features large stretches of manicured grass that offer versatility in spades: You could add a bunch of Star Wars-themed furniture or even a pool. The property also boasts a sizable four-car garage where you could park your extra Imperial Star Destroyers or store your lightsabers.

As to be expected, Vader’s pad does not come cheap. Listed by Wade Knight and Nadia Carron of Sotheby’s International Realty, it’s priced at an astronomical $4.3 million. But, hey, it’s a small price to pay to enter the dark side.

Check out more photos of the property below: 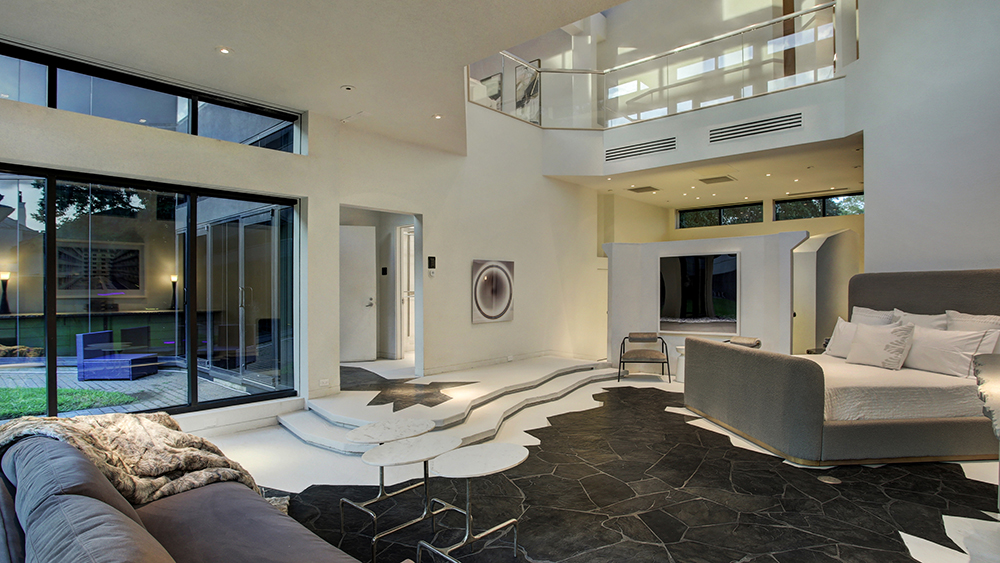 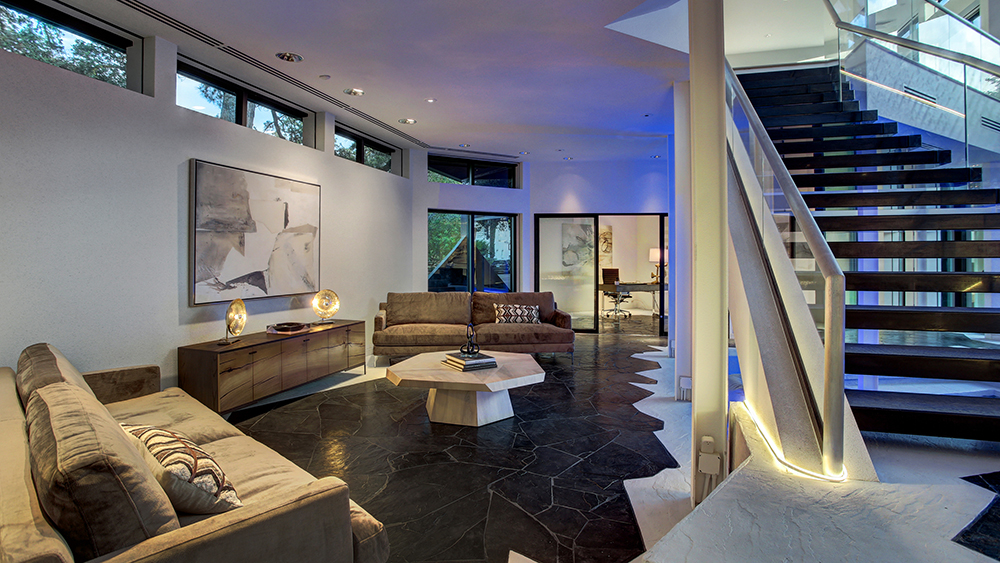 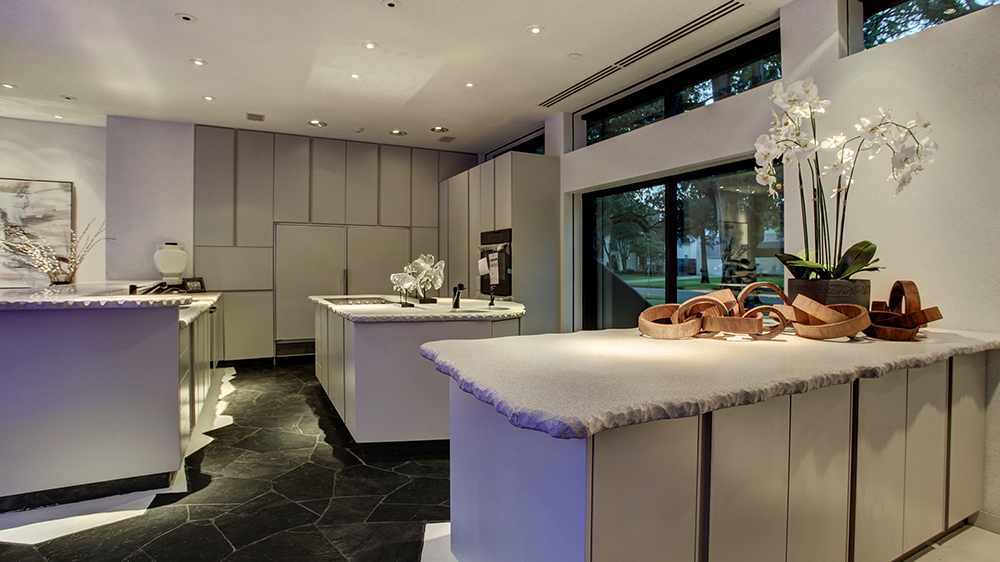 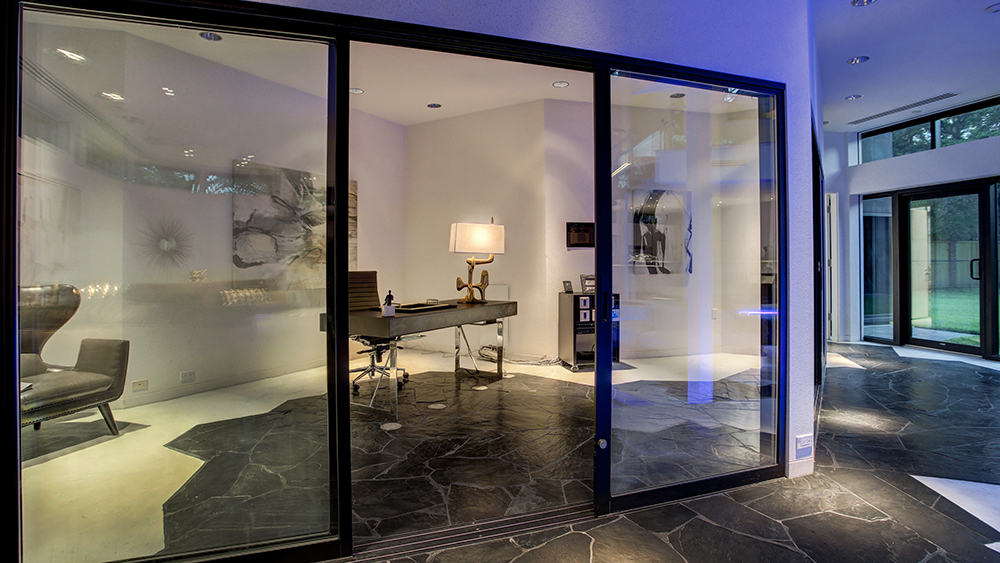