Best friends Michael Sard and Chris Galasso launched Tombolo in 2018 with one garment in mind: the Hawaiian shirt. “There wasn’t any grand vision,” Sard tells us. The two loved what the Hawaiian shirt represented: nostalgia, escape and a whimsical sartorial attitude. The holiday relic is one of the more polarizing items in menswear and Galasso and Sard struggled to find a contemporary version that combined the right amount of eccentricity with their modern sensibility. So, they decided to create a line of their own.

“At first it was a hobby, then a side hustle and then an obsessive mission,” says Galasso. That mission soon evolved into a cult-favorite brand, beloved by everyone from industry insiders to A-list celebrities like Jay Z and top athletes like Blake Griffin. 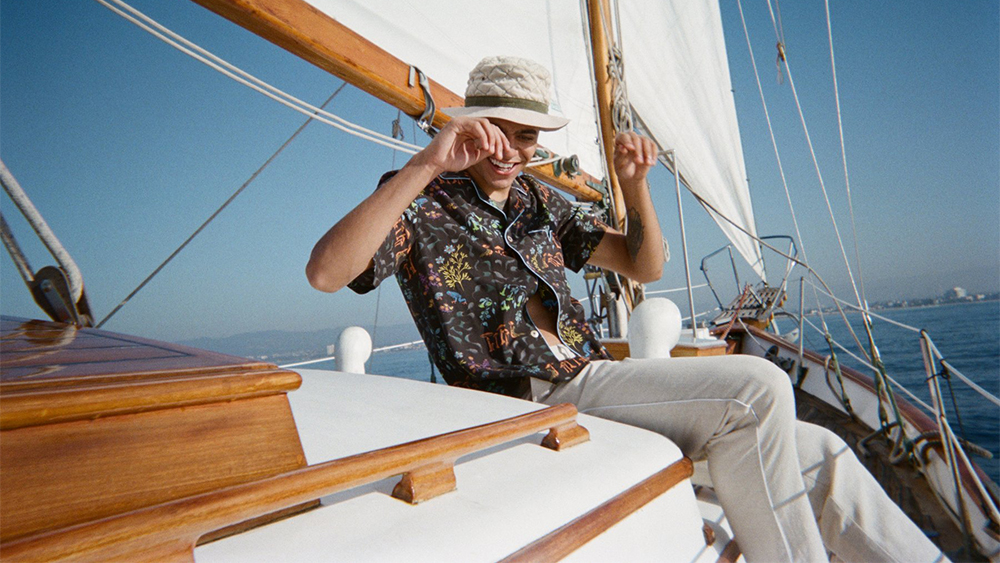 One of Tombolo’s signature Hawaiian shirts ($128) in a psychedelic print.

With attention comes social responsibility. The brand does its part by donating to various charitable organizations in line with their vision. In the past, Tombolo donated 100 percent of profits from its masks to One Fair Wage and their High Road Kitchens program; another shirt had 100 percent of the first month’s proceeds go to Save the Children.

This year, the environment is top of mind for the founders. From Thursday, March 18 through Earth Day on April 22, they will be donating 100 percent of proceeds from their new Earth cabanas to three organizations: Oceanic Global, Amazon Watch and Rainforest Trust. The rakish terrycloth polos feature art by 19th century British artist William Morris, who also happened to be an environmental activist of his time.

“In the second half of the 1800s, [Morris] was a leading advocate against the degradation of the natural world and oppression of working-class people by industrial capitalism,” says Galasso. “He was prescient, anticipating many of the climate issues we are only finally awakening to today, more than 100 years later.” 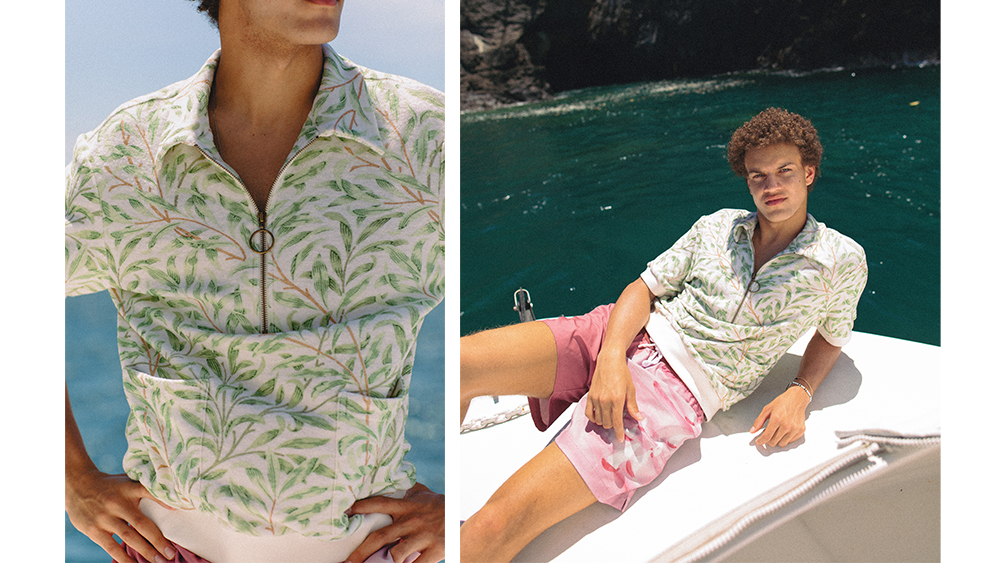 One of William Morris’s botanical prints on the new Earth cabana shirt ($128).

That synergy was enough to pique their interest, but what really moved Galasso and Sard is how unexpected Morris’s prints are for the brand. While it’s the 1970s, rather than the 1870s, that typically inspire Tombolo prints, the founders were eager to challenge expectations and re-contextualize a design more often seen wallpapering English cottages.

“William Morris’ background made these shirts great candidates for an environmental campaign,” says Sard. “This felt like a particularly pertinent time for it, in light of Covid understandably undermining people’s ability to support environmental causes and leading to a surge in single-use plastic consumption.”

The designers decided to divide profits from the two shirts, one blue and one green, between an oceanic and an arboreal cause and allow customers to decide which to support with their purchase. The blue polo’s proceeds will go to Oceanic Global and proceeds from the green shirt will go towards protecting the Amazon rainforest, split evenly between Amazon Watch and Rainforest Trust—which Sard notes is “particularly topical in the wake of last week’s report indicating, for the first time, that the Amazon rainforest may now be a net contributor to climate change given all the deforestation.” 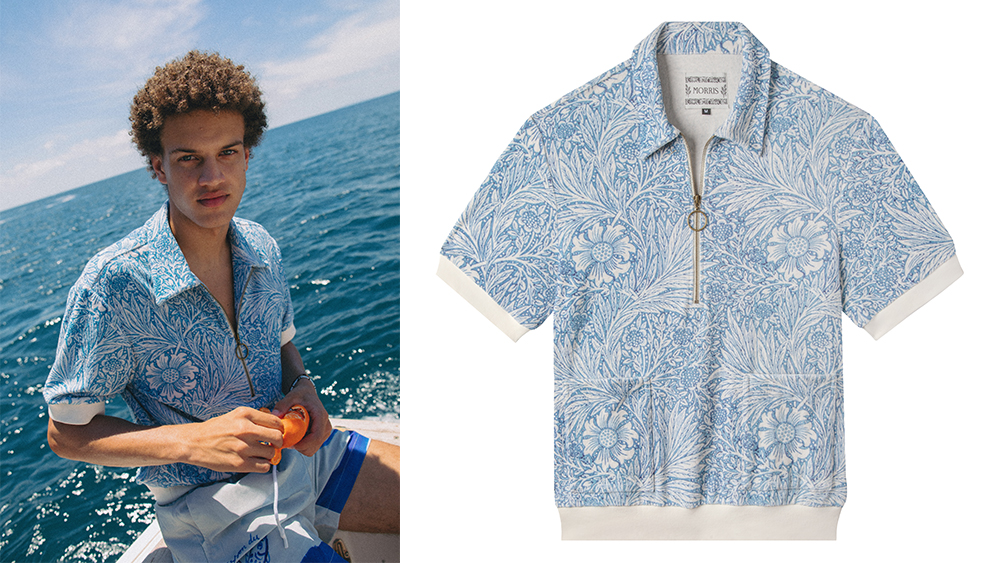 Beyond their Earth cabanas, Galasso and Sard have embedded eco-friendly practices into their collections year-round. “With every bit of incremental growth, we do what we can to improve our eco-profile,” says Sard. They now custom-mill the lightweight terrycloth used in their shirting, to ensure its organic credibility, and they joined 1 Percent for the Planet in early 2020, when the company turned a year-and-a-half old. “On top of improving our internal processes,” Sard says, “we felt we also needed to do what we could to pay that back directly.”

In this spirit, they’ve also pledged that at least one dollar of every order, year-round, will go to humanitarian causes. All these initiatives, taken together, make it easy to root for Tombolo. If you had any doubts, these are Hawaiian shirts you can most definitely feel good about sporting this summer.

First Look: Inside a $22 Million Condo in the World’s Tallest Residential Tower