The real winners of the 2021 Grammys red carpet? BTS

There are so many things impressive about the BTS clan, but when it comes to their red carpet style? Immaculate.

That’s what they did at the 63rd annual Grammys (or, as fans are calling it, “#scammys”), where they showed up, like every other male musician, in suits. What made the K-Pop boyband stand out, though, was how effortless their outfits looked.

All seven members were wearing Louis Vuitton’s Fall/Winter 2021 collection by Virgil Abloh, which took comfort dressing to a whole new level. Rappers Suga and J-Hope, for example, were simply clad in vests and crisp white shirts — no ties included. (The latter even had a huge flower appliqué blooming on his vest.) Taehyung, meanwhile, stuck to his signature oversized silhouette, wearing a boxy blazer jacket and matching trousers in the unexpected hue of rust orange.

But perhaps the boldest statement of insouciance came from RM, who sported a sweatsuit. That is, a “tailored hoodie”, featuring a stuffed animal that was the cause of much controversy late last year, and a slouchy pair of pants. Naturally, he finished off his look with sneakers.

BTS’ laid-back ensembles were a far cry from the stuffy suits seen on the likes of Harry Styles or Bruno Mars at the music awards show. They also marked a departure from BTS’ red carpet looks from before, which ranged from dapper (remember the tuxedos they wore to their first Grammys?) to flashy (see their glitzy Saint Laurent looks for their 2020 Grammys performance). 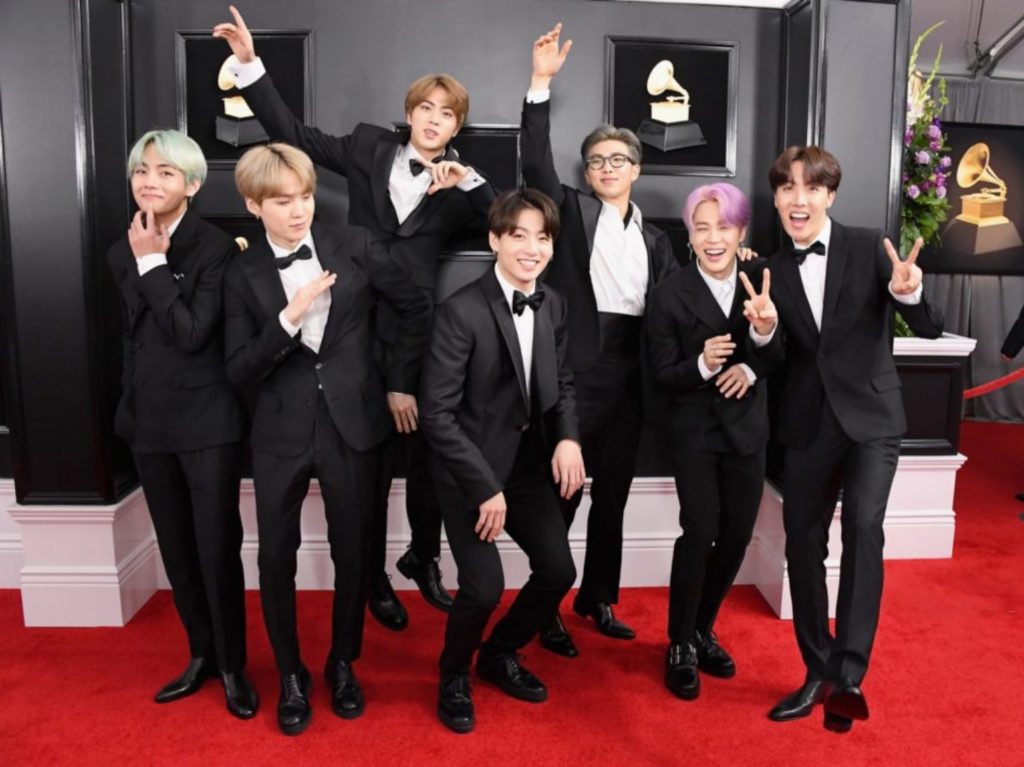 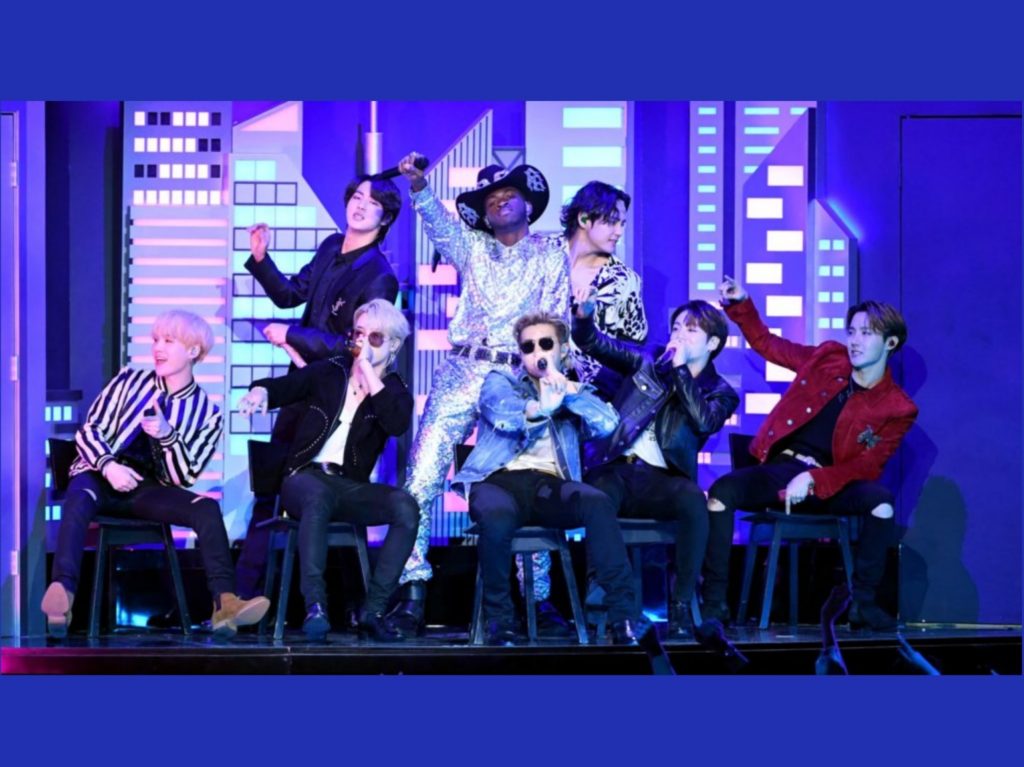 By comparison, their Louis Vuitton suits were much more relaxed — and of the moment. As we’ve seen at the recent Fashion Week shows, the lines between casual and formal are increasingly being blurred. That’s especially true of menswear; even Hermès and Zegna, both known for their refined tailoring, offered clothes that looked smart but felt immensely comfortable.

That shift in dress codes has to do with the pandemic, too. In the past year, we’ve seen the rise of loungewear and athleisure, both categories that cater to our need to destress, not impress. Forget flamboyant fashion — or save that for the stage, like BTS did.

For their Grammys performance of their hit single, Dynamite, the K-Pop group switched to sleeker, brighter suits, paired with polished dress shoes. It was in these clothes that BTS displayed their strengths as performers and put on a show for fans to be proud of, regardless of their Grammys snub.

Still, BTS are winners in our books for their red carpet looks. Only a true star (or seven of them) could have pulled off being casual and confident.