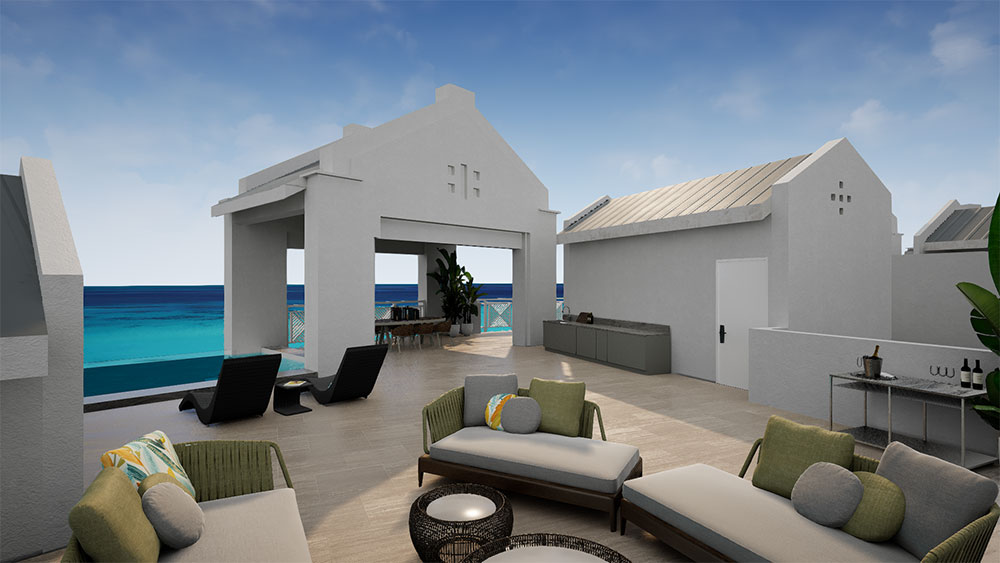 Bermuda has long been a haven of sunshine and civility for East Coast jet-setters. And it’s about to get even more appealing with the opening of the St. Regis Bermuda hotel and residences next month. Located in the northeastern-most part of the island, in the quaint town of St. Georges, the property will offer 120 hotel rooms and just 30 residences.

The first phase of condos will be ready for buyers to move in at the end of June, and most are already under agreement. But the second phase of 15 is now being released for sale, though they won’t be ready to live in until later this year. The homes range from two- to three-bedroom units and interior square footage varies from about 1,400 to 2,300. The first phase includes nine three-bedroom units and six two-bedroom ones. All have substantial outdoor space, but the penthouses, the jewels in the collection, have a lot more, with a few having as much as 2,350 square feet of rooftop. For the second phase of penthouses, these rooftop terraces also include private swimming pools, a first for properties on Bermuda, and the views are nothing short of stunning. Prices range from $1.6 million to $3.9 million.

The homes can be purchased with a design package that parallels that of the hotel’s suites, or owners can work with their own designers to customize the interiors. Condos can also be put into the hotel’s rental program when not in use by the owner. Architects at OBM, a Bermudian firm based in Miami, are behind the beachy, modern look, with design outfit Duncan, Miller and Ullmann’s help on the interiors. 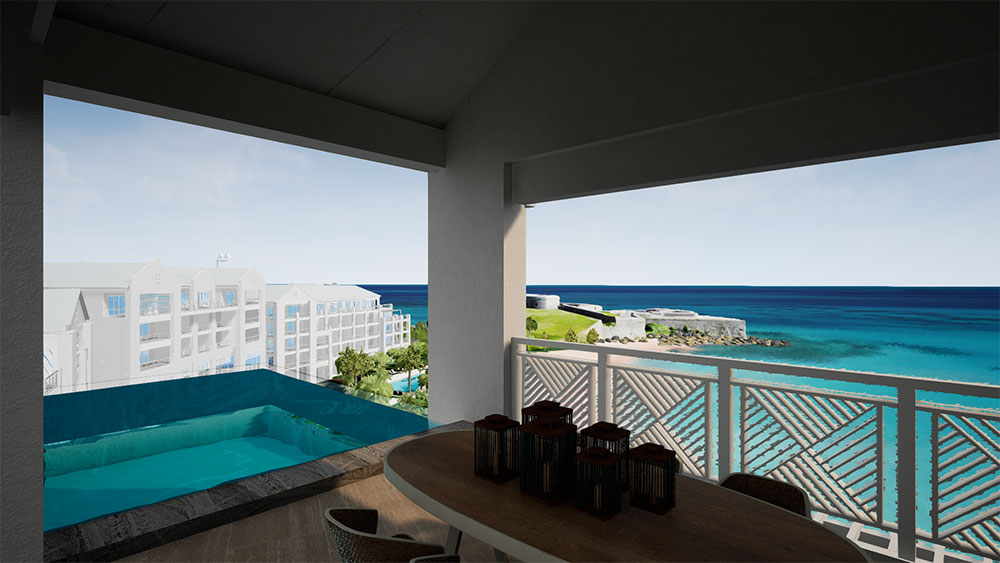 Homeowners can take advantage of the resort’s amenities, of course, which include an 18-hole golf course designed by Robert Trent Jones, two restaurants, two pools, a spa, the substantial white sand beach, butler service and the island’s first casino. The resort has a relationship with the nearby marina in St. Georges, which is undergoing an expansion to accommodate superyachts for any owners who prefer to arrive by sea. Otherwise, the property is just minutes from the island’s commercial airport, which just received a major reboot, and a short drive from the popular private airport, which has seen a 500 percent increase in traffic since 2018.

The resort is the only one located in historic St. Georges, though it’s not far from Tucker’s Point, another luxury property at this end of the island. The St. Regis beach is where the British first landed after a shipwreck in 1609 and the area, a World Heritage Site, is known for its five forts, which the hotel is helping restore. 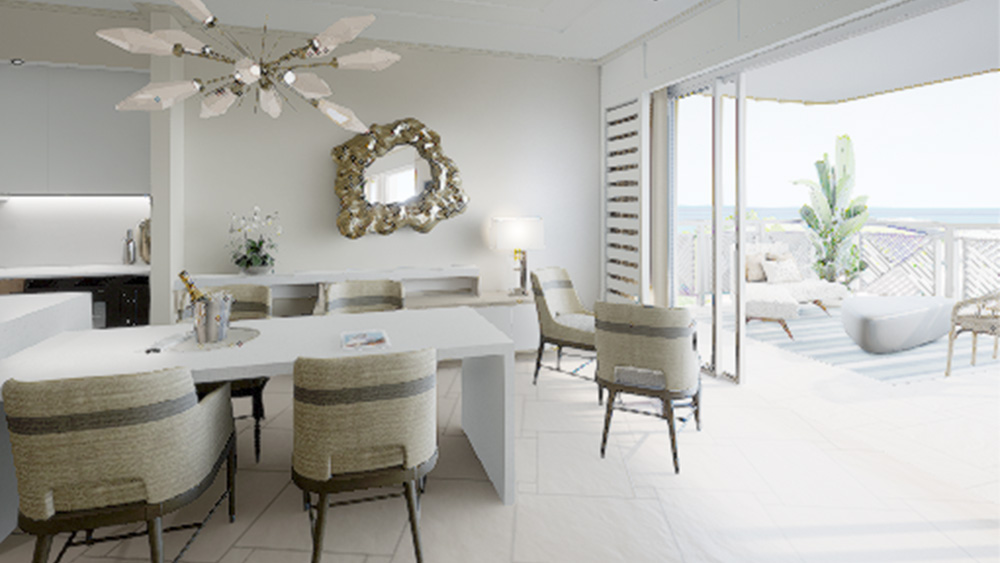 A rendering of the dining area in one of the condos.  Photo: Courtesy of the St. Regis Bermuda

One new benefit to purchasing a luxury home in Bermuda just came on the books in March 2021—the option for a resident’s certificate, allowing foreigners to establish Bermuda as their permanent home. Previously, this could be achieved only through complicated measures, including proof you were working for the same company on the island for 10 years. With the new regulations, if you invest $2.5 million in real estate in Bermuda and hold the residence for five years, you’ll be eligible to apply for the coveted status. 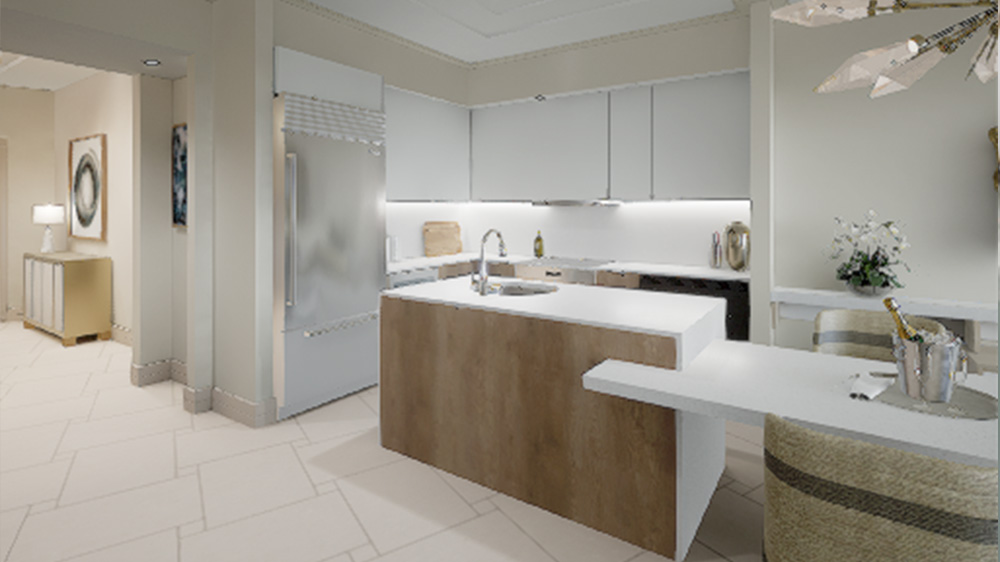 The kitchen.  Photo: Courtesy of the St. Regis Bermuda 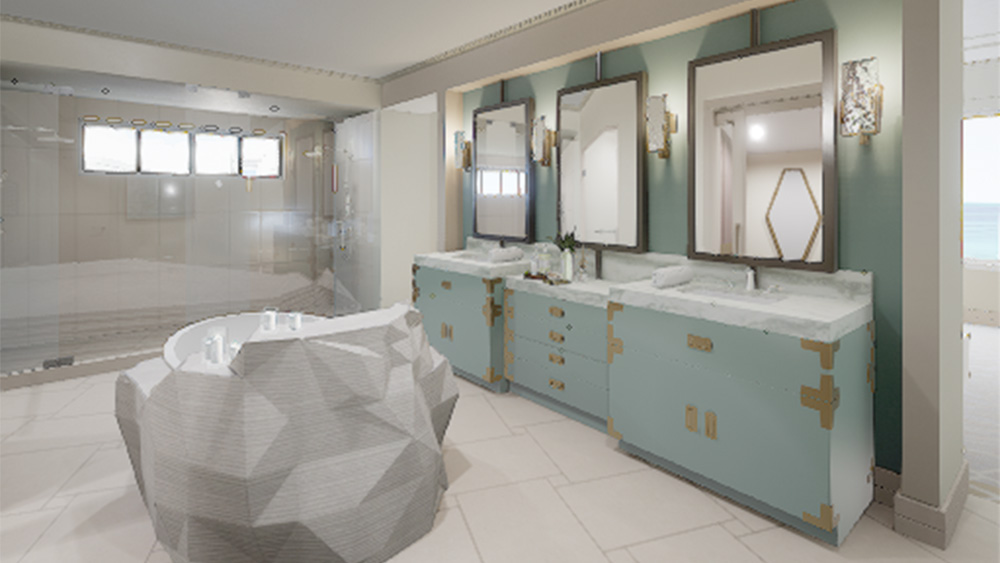 The bathroom.  Photo: Courtesy of the St. Regis Bermuda 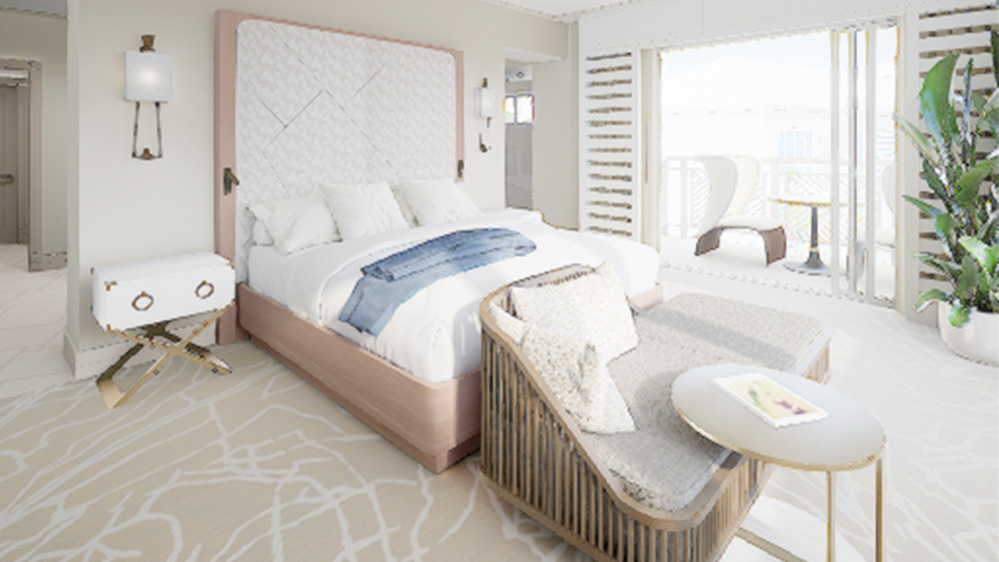 The bedroom.  Photo: Courtesy of the St. Regis Bermuda 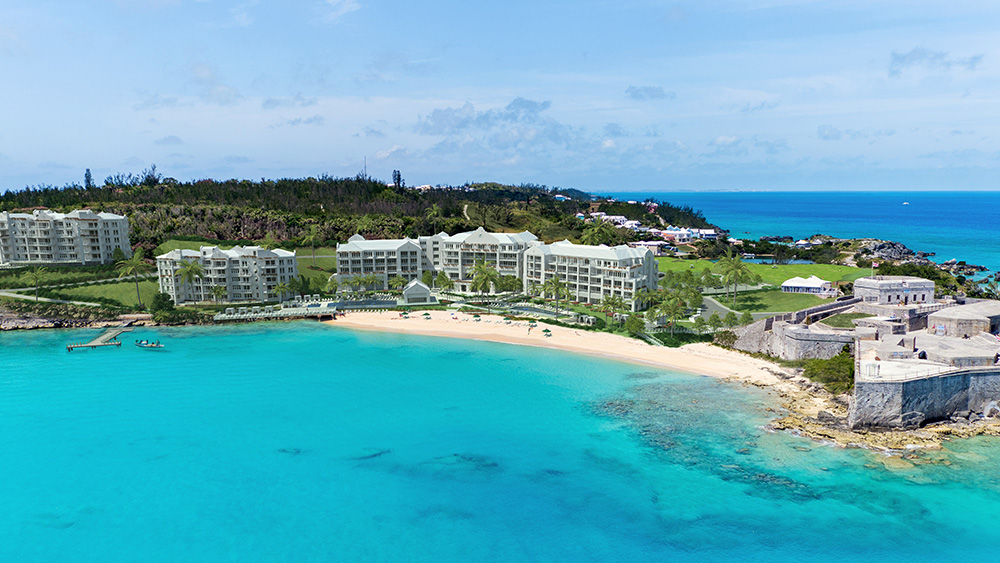 The hotel and residences beside one of St. Georges’ five forts.  Photo: Courtesy of the St. Regis Bermuda