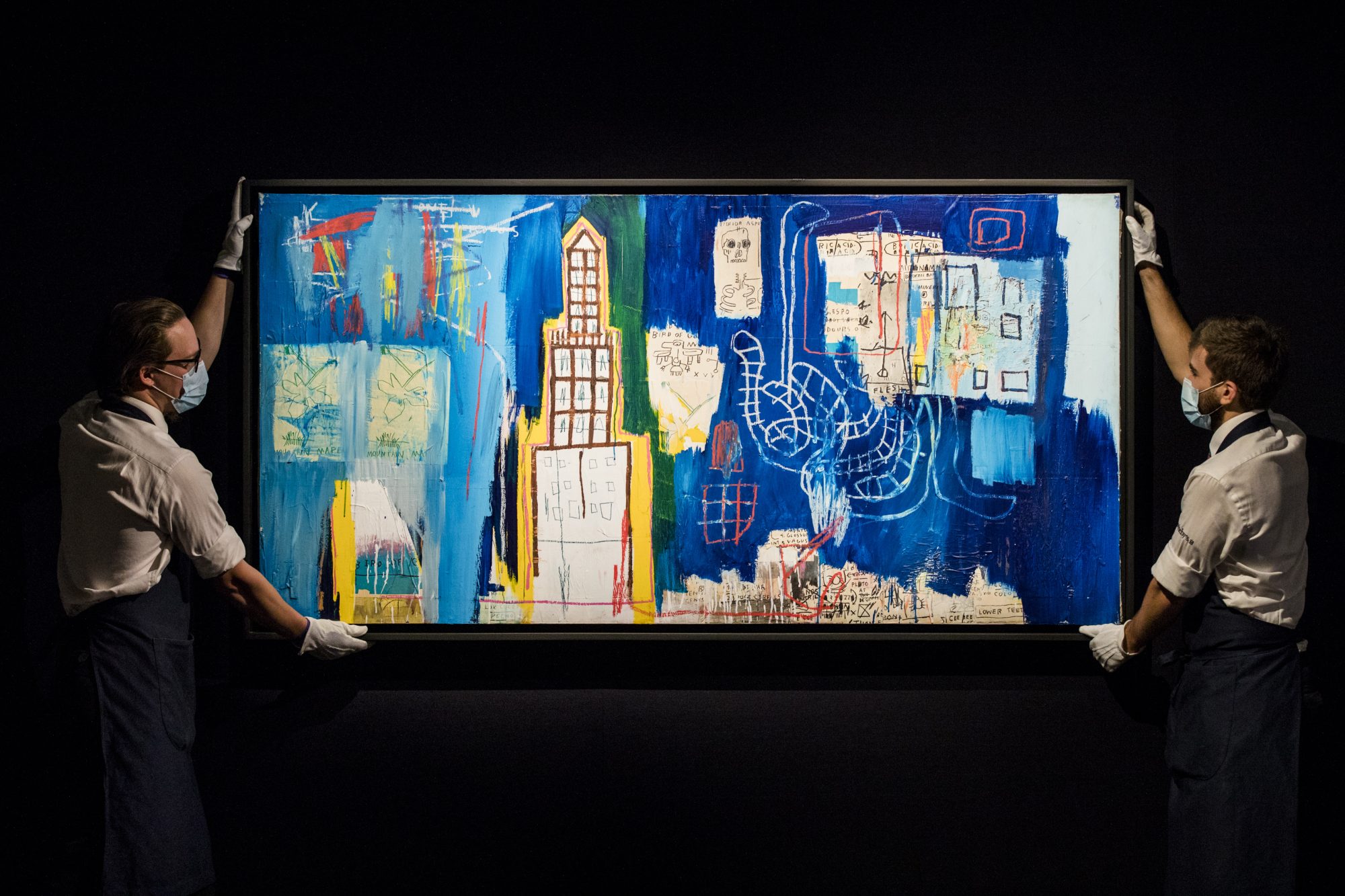 Jean-Michel Basquiat is an American painter best known for his rise to stardom in the 1980s during the neo-expressionism movement—an art style characterised by intense colours and expressive brushwork. Less well known perhaps, is the story behind his 25 original works that were publicly unveiled last weekend at the Orlando Museum of Art before several thousand attendees. The artworks on display were missing for 30 years until they were discovered in 2012.

The museum came by the paintings in an interesting and convoluted way that dates back to 1982, when it’s said that Basquiat—who passed in 1988 at the age of 27 — did some of his best work. According to a report by Forbes, the story begins when Basquiat was invited to Los Angeles by gallery owner Larry Gagosian to work on new paintings for an upcoming show. During his time in LA, the famed painter was introduced to television screenwriter, Thad Mumford. According to the Orlando Museum director and chief executive, Aaron De Groft, the artworks were sold by Basquiat to Mumford for US$ 5,000, about US$ 14,000 (THB 4,55,560) today The New York Times reports.

A post shared by Orlando Museum of Art (@orlandomuseumofart)

Rather than displaying them, Mumford put the paintings in a storage locker where they sat for three decades, only resurfacing in 2012 after he stopped making payments on the space. Eventually, the locker’s contents were auctioned off entirely unseen and purchased for US$ 15,000 (THB 4,88,100) by treasure hunting picker William Force and his financial backer, Lee Mangin.

While there are some who question the authenticity of the artworks, Forbes reports that all 25 of the Mumford Collection Basquiat paintings have been fully authenticated as legitimate. Diego Cortez, who led the authentication committee for Basquiat’s estate after his death, viewed the artwork and signed off on all of them as genuine.

A post shared by Orlando Museum of Art (@orlandomuseumofart)

The museum’s exhibition titled “Heroes & Monsters” is now open to the public. It features layers of mixed media painted and drawn on pieces of cardboard ranging in size from a 10-inch square to a nearly five-foot tall disembodied head. “They’re saturated with colour, that’s not a word that you hear used with Basquiat,” says DeGroft. “These things are painterly, another word you don’t hear when describing Jean-Michel Basquiat. They are works of art unlike any other in Basquiat’s career. These, arguably, are some of his best works ever.”

The post The Orlando Museum of Art is exhibiting lost Basquiat paintings from 1982 appeared first on Prestige Online – Singapore.