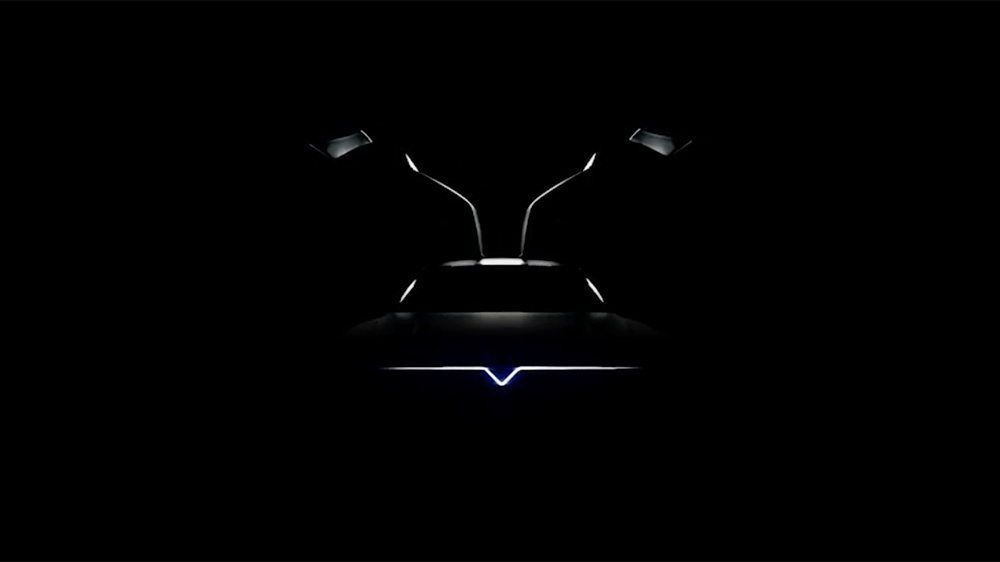 The DeLorean is coming back to the future sooner than anyone could’ve imagined.

A little over a week after it was revealed that Marty McFly’s time-traveling ride would be reborn as an electric car, enticing details are now starting to trickle in. For staters, the EV is now set to debut later this summer during Monterey Car Week, according to Car and Driver. And that’s not all. The revived version of the iconic gull-winged sports car will have a driving range of at least 300 miles.

Following years of speculation, DeLorean Motor Company finally confirmed it was bringing back the DMC-12 as in a video clip that premiered online during Super Bowl LVI. The brief clip didn’t reveal what the rebooted ‘80s speed machine will look like, but it did suggest that the new car’s design wouldn’t deviate too far from the original’s. It also, thankfully, confirmed that the car’s beloved gull-wing doors are here to stay.

The Future was never promised. Reimagine today.
Sign up for the premiere of the DeLorean in 2022.
https://t.co/K9n8D1s5uK#DeloreanEVolved#Delorean#Auto#ElectricVehicle#Luxury#BigGame pic.twitter.com/99HsGLCswb

Fortunately, we won’t have to wait that much longer to find out what the zero-emission vehicle—which Auto Evolution reports could be called the EVolved—will look like. DeLorean plans to unveil the EV at this year’s Pebble Beach Concours d’Elegance, which is set to be held on August 21. The show is one of the biggest events of Monterey Car Week, suggesting that the company hopes to make a splash. DeLorean isn’t ready to share any peeks of the EV just yet, but CMO Troy Beetz told Car and Driver that new DMC-12 design would reimagine the car as if it “had it been around for the last 40 years.”

When reached for comment on Thursday, Beetz told Robb Report via email that the EV, “will most certainly not be a one-to-one with the 1980s vehicle.” While the gull-wing doors remain, it will aim for a new segment: “This is a true luxury vehicle that is high-tech,” he said. Other elements of the car will have “morphed,” giving the EV “its own persona.” Whether that persona will be compelling enough win over the original car’s cult-like following remains to be seen. One thing is clear, though: This is no replica.

Of course, the new EV’s design isn’t all we’re waiting on. We also want to know what will be sitting in its engine bay. DeLorean plans to source the powertrain and battery from another company, but CEO Joost de Vries hasn’t revealed more details beyond the 300-mile range. It won’t be the longest range EV on the market by a long stretch—that title belongs to the ­520-mile Lucid Air—but that figure is more than respectable, especially for a sports car.