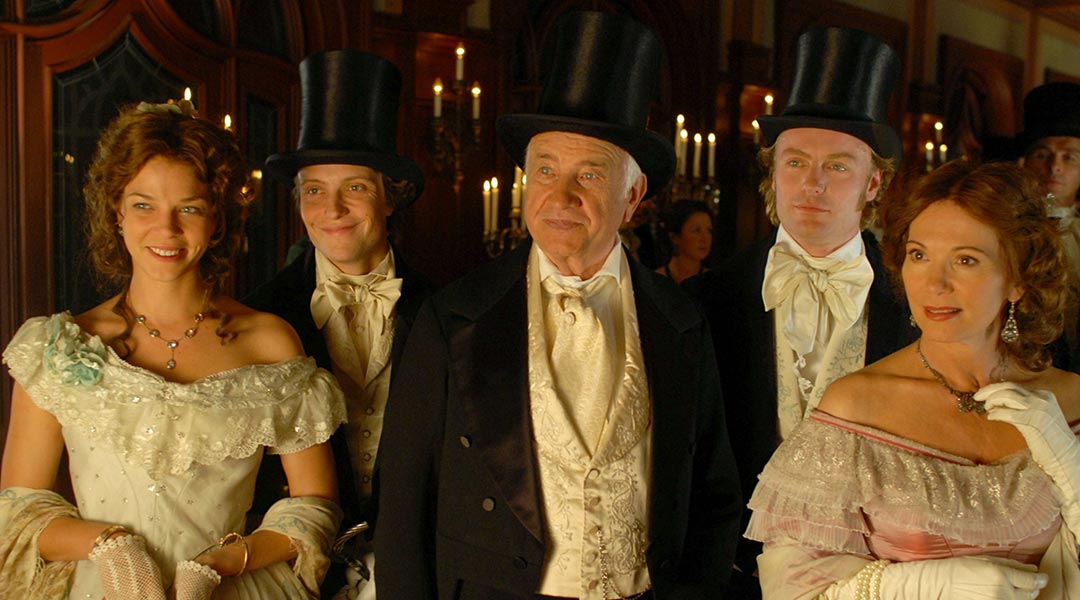 Thomas Mann’s Buddenbrooks is the story of an upstanding, influential German family in decline. The book caused a scandal upon its publication, because members of the Mann family and the town the book is set in could recognize themselves.

In this new series, we highlight interesting pieces of literature that have lived in our brains long after reading. As we look back at these literary creations every week, we hope that your life is enriched, your perspective of what’s happening in the world is widened, and that you get to happily add one more good book to your collection.

Have you ever been so hyped up about reading a book? After I finished reading Jun’ichirō Tanizaki’s The Makioka Sisters, someone on Twitter mentioned that it was the Japanese version of Thomas Mann’s Buddenbrooks. I loved The Makioka Sisters, and I generally love long family epics so I wanted to read this. I scoured Manila all over for it, and gave up and just ordered it off Amazon. This was August 2021.

Buddenbrooks is Mann’s first novel, published in 1901. After this came The Magic Mountain (1924), Dr. Faustus (1947) and novellas like Death in Venice (1912). Buddenbrooks, while the first in his oeuvre, is widely recognized as the work that won him his Nobel Prize in Literature in 1929.

When it arrived I quickly started reading. I initially enjoyed it, but things quickly went off the rails. This book is around 750 pages, with a lot of characters, in a time and place (pre-unification Germany) very unfamiliar to me (for those in need of a history lesson: Germany before 1871 was a set of separate states. Buddenbrooks is set in Lübeck, one of those states). I like having some sort of guide to read along ever so often, just to make sure I’m not missing out on important details.

For this book, I found the Wikipedia summary. From time to time I would consult the page to see what was going on. Where I went wrong was accidentally spoiling myself and reading ahead. When I saw what happened to the character of Tony, it immediately turned me off and I quit reading for three months.

Before I get to what I hated, let’s start with what I enjoyed. The book’s masterful depiction of a reversal of fortunes in one family gave rise to the Buddenbrooks Theory, which according to The Guardian is “the tendency among family businesses to decline over a period of about three generations. All good things, in other words, must come to an end.”

In other words, the first generation makes the money; the second strives to enhance power and influence, while the third wastes all that money away in the pursuit of leisure. Leisure in this case means artistic indulgence, as in the case of Hanno who would rather retreat into music than the world of commerce like his father.

I highly disagree with the idea that an interest in art will bring about the end times. I think we need more art in the world. However, I think the way Mann brings about the metaphor and makes it last for the book’s entirety is very masterfully done.

Mann himself was a member of the bourgeois class, and in fact when this book was published caused a scandal in Lübeck, where the Mann family is from: people could recognize themselves in this book. Mann, like Hanno, chose to immerse himself in the world of art, against familial expectations for him.

This is what I found hard to swallow about Buddenbrooks. There are a couple of major themes in the book. One is the argument of business vs. art. The other one, more salient to my point is that selfish decisions lead to ruin.

And indeed, that’s what happens to the entire family: everyone makes bad decisions. From withholding an inheritance from a brother because you disapprove of his marriage, refusal to move forward with the times, building an expensive house, making a bad investment, being lazy because all you want to do is drink in bars, etc.

The only person who doesn’t get to make a selfish decision is Tony and yet she still ends up unhappy and in reduced circumstances. A tempestuous character, Tony is expected to make a good marriage to help her family advance forward.

She is courted by a man she immediately knows is a terrible option, but because this man is from an approved class and has a profession adjacent to the Buddenbrooks, it is impressed upon her the importance of this man. Her parents, brothers, servants, and everyone in the town want her to marry him because they believe he is the appropriate choice.

Tony goes on vacation and meets a poor medical student. She falls in love with him, but due to his circumstances (penniless) and revolutionary beliefs (he believes a toppling of the world order, of which Tony and her ilk are from, is due), he is immediately deemed inappropriate. She tells her father she loves him and in his panic he has the affair stopped by sending Tony’s first suitor to break up anything amorous that might happen.

Tony is then forced into a marriage with that man. Lo and behold, she is proven right when it turns out the man is a swindler. The only enjoyment she gets out of this marriage is her daughter, and she gets to decorate their family home. After the divorce, it all goes downhill for her: this is, after all, the 1800s. She is then encouraged to make a second marriage, much lower than her station (due to her status as a divorced woman). This second man is not any better than the first.

Other than the two marriages Tony was pushed into and the divorces that were not her fault, nothing she is doing is actively making the family status worse. Meanwhile, her brothers make terrible decisions, one after the other, yet are actively in charge in a way a 19th-century German woman could never be. Tom can build an overpriced house and enjoy it. Christian can waste his life away and enjoy it. Why is Tony never allowed to enjoy life?

I suppose the point of her ending is that it doesn’t matter, she can be poor but hold her head up high because she never let life drag her down the way it did for her brothers. What annoys me is that a woman has to suffer to teach us all A Very Important Lesson In Perseverance. I find it a very hackneyed choice.

For once, I would like to read in literature a woman deciding for her happiness that doesn’t double as some sort of parable and has her poor and destitute at the end (or jumping in front of a moving train).