From his love for craftsmanship to his affinity for pop culture, Stuart Vevers is bringing more than just fashion but a renewed sensibility with the community and people in mind as Coach celebrates its 80th anniversary this year.

Coach enters a new era. It is evolving through a journey intertwined with heritage and creativity, in the vision of executive creative director Stuart Vevers who joined the American label in 2013.

Under the creative helm of Vevers, Coach has transformed into a brand that celebrates the values of community, authenticity and inclusivity. All of its recent campaigns and initiatives narrative a collective story that is all-encompassing, people-centric and compassionate.

And it all started during his formative years at university where Vevers had the opportunity to explore his love for fashion beyond the classroom. Having moved to London on his own, meeting new people and feeling challenged in a new environment, he began to find his way as a young creative in the city — the very reason why Coach is supporting education equity and more today through Coach Foundation, partnering with various non-profit organisations around the globe to allow people from underrepresented communities pursue higher education via resources and mentorships.

As soon as Vevers entered Coach, he brought with him vast experiences through his working experience with multiple luxury brands. As one of the most experienced designers in the fashion world, he brought his vision to the American brand and masterminded some of the most game-changing collaborations and initiatives that enabled coach to expand to the next level. 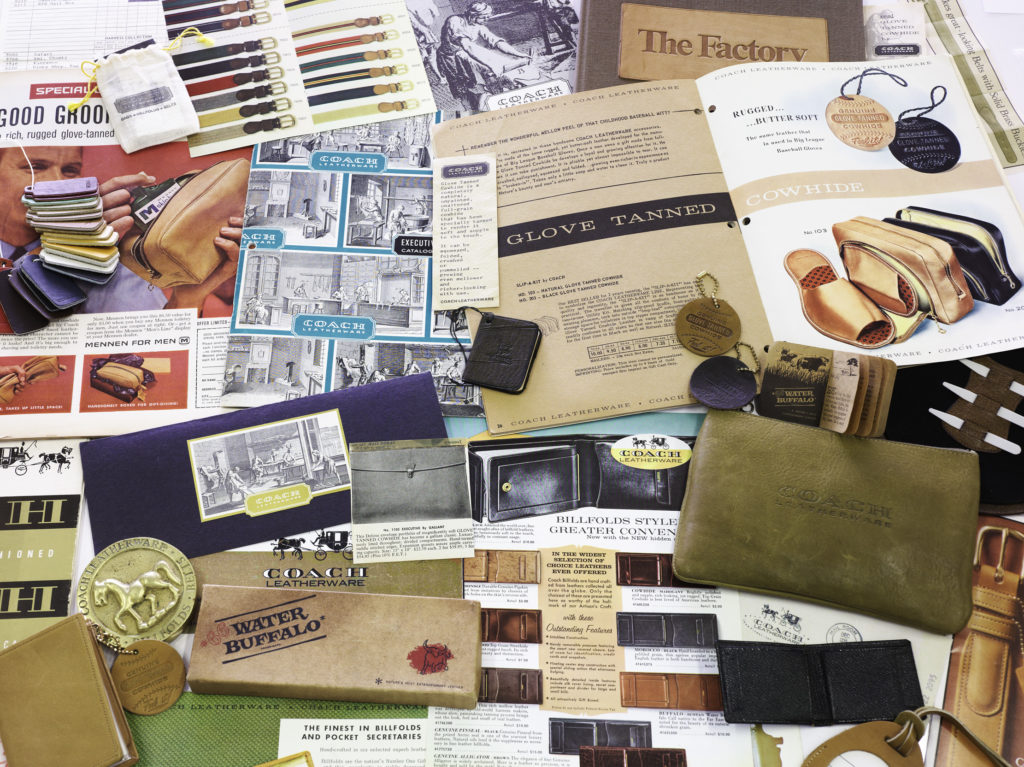 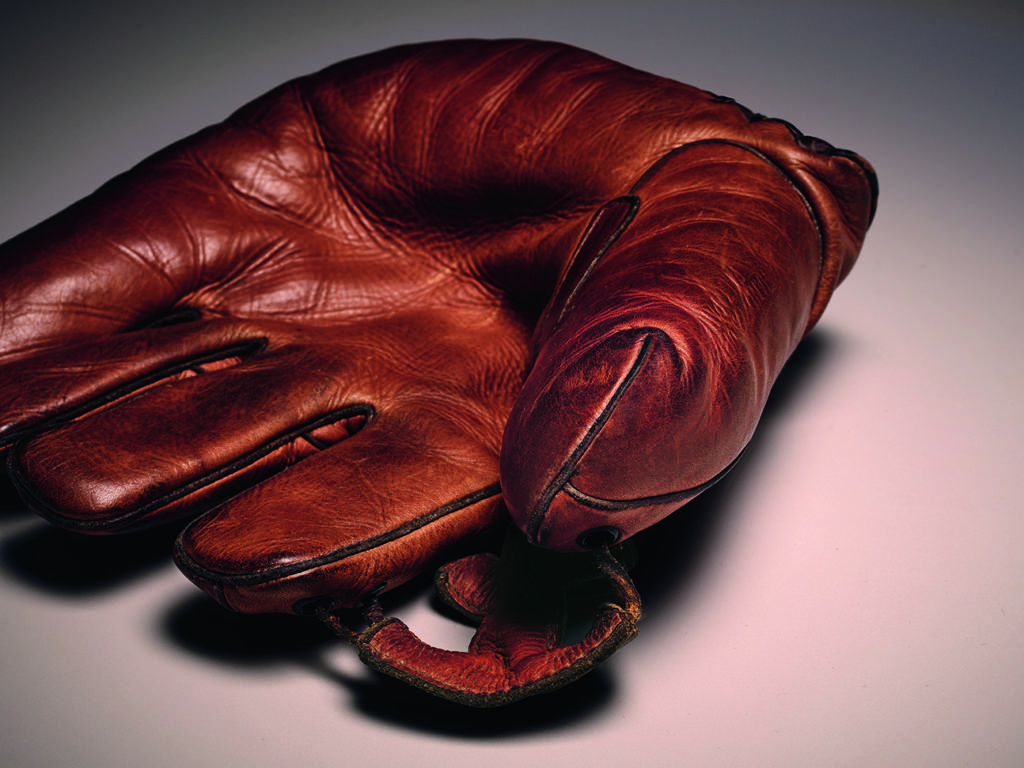 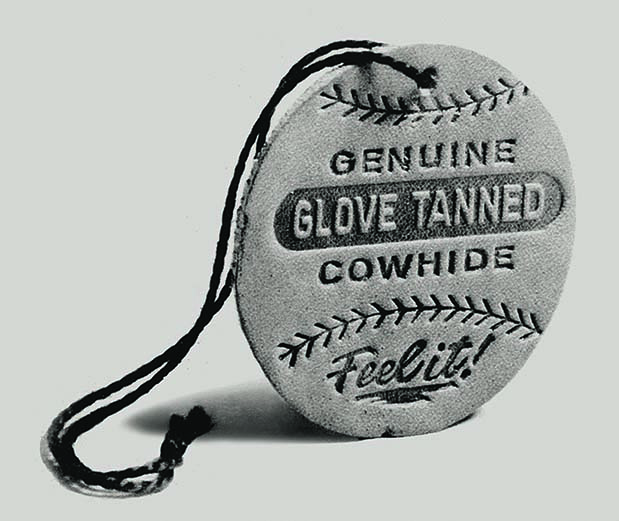 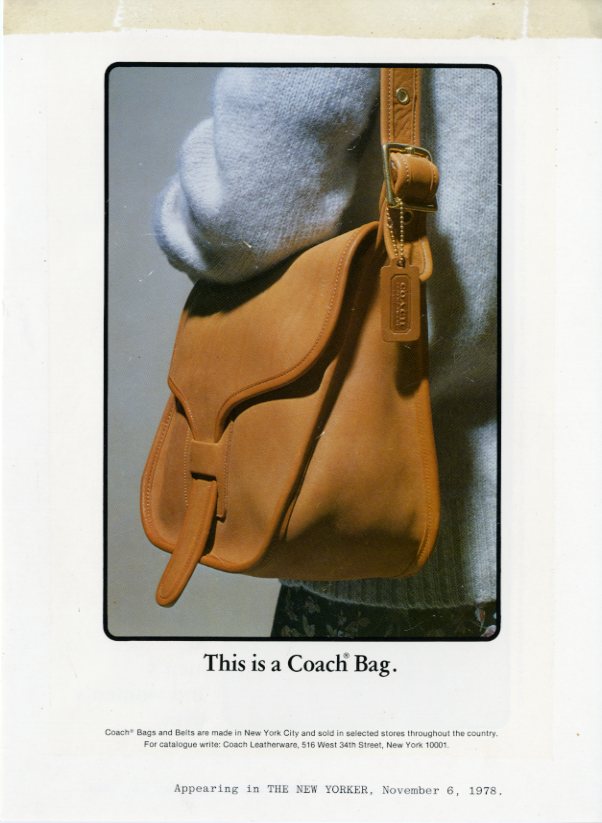 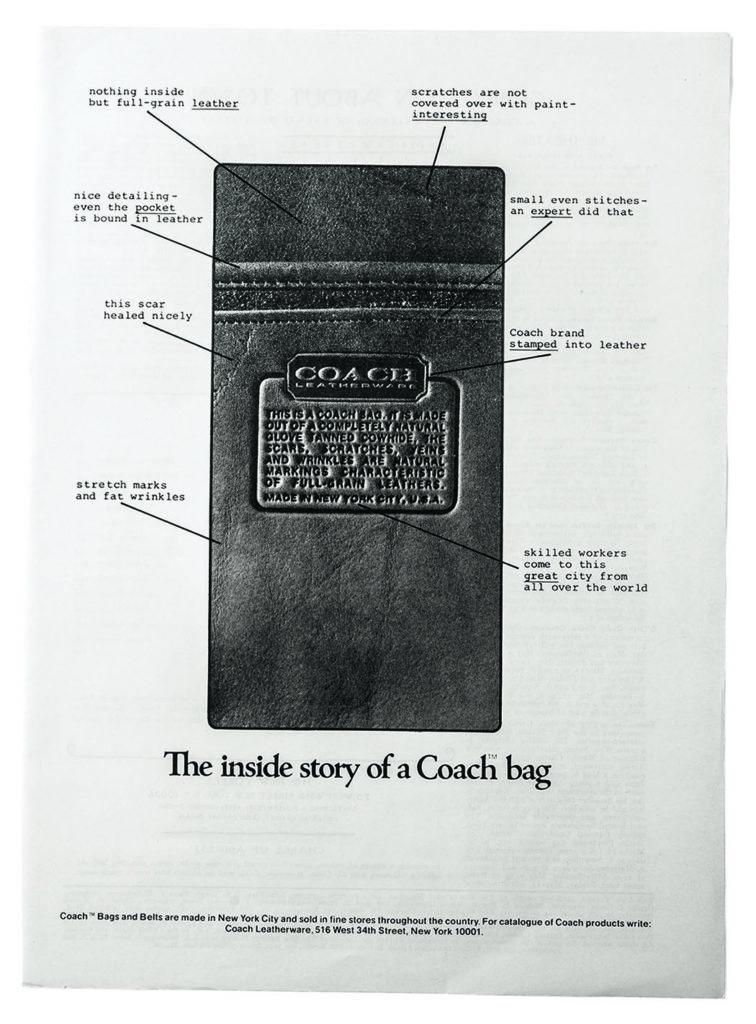 Where it All Started

Coach was founded in New York in 1941 by six artisans. The dream was to turn leather into beautifully handcrafted things that can be handed down from one generation to another. Under the leadership of husband-wife duo and co-founders Lilian and Miles Cahn, the American house grew to become the Original American House of Leather.

Miles Cahn first created the glove-tanned cowhide leather in 1950s, a unique type of leather that is inspired by the well-worn feeling of a baseball glove. In the early 1960s, he hired Bonnie Cashin, who was then known as the creator of American sportswear, to be Coach’s first lead designer. Her fearless vision of colour, proportion and whimsy transformed coach into the perfect reflection of modern liberation and equality — jiving with the attitude of 60s New York.

The designer very quickly introduced the first leather tote bag, followed by other iconic silhouettes including the Bucket Bag, the Dinky, the Slim Satchel, and the Duffle. In the first few decades, Coach was instantly recognised through house codes including the horse and carriage logo, the turnlock, and the hangtag. Cashin continued to revolutionise the pragmatic elements of the brand through the introduction of side compartments, coin pockets and a bevy of bold colours to the leather bags.

Soon after, she introduced other lifestyle collections comprising items like shoes, key fobs, pens, and eyewear. By the 1980s, Coach opened its first retail store on Madison Avenue in New York City — marking its entry into the industry which grew into a globally accessible brand in the 21st Century. Coach established Coach Japan in 2005, Coach China in 2009, and in Europe the year after.

It was in 2013 when Stuart Vevers joined Coach as Executive Creative Director. He debuted with Coach’s first runway show in 2014 and introduced a new star bag — the Rhyder bag — which was (no surprise), inspired by the American workwear references.

“My style is to take that heritage and to play it against modern references, youth culture, references that take things to a different place and make them relevant now. That’s what I’ve always been known for in my work,” the 47-year-old shares.

Constantly digging for references in pop culture and entertainment, Vevers eclipses all his past collections with the debut of the Fall/Winter 2021 collection titled ‘Coach Forever Season Two’, which was shown during a virtual live presentation called Coach TV. This came after his Spring/Summer 2021 presentation entitled ‘Future Vintage’ which manifested on his views on fashion’s sustainability buzz.

In the latest Fall/Winter 2021 collection, Vevers builds on the previous season’s narrative of community, responsible fashion and cross-season wardrobing, which is where his vision of mixing past, present and future comes to life.

He is also one who champions the importance of love, which is evident in some of the most endearing campaign images for Fall 2020 featuring its brand ambassadors and their loved ones together. He also put brings vision for the community to life with the launch of Coach Conversations this year — a monthly YouTube series about culture, community and creativity featuring big stars and ambassadors like Michael B. Jordan and Jennifer Lopez.

Vevers describes the Coach muse as ‘originals’, a group of free-spirited individuals united by shared values and the courage to be real. And if you’ve noticed, the recent collections have always had a sense of fun and authenticity, with oxymoronic accents that are true to the human spirit. 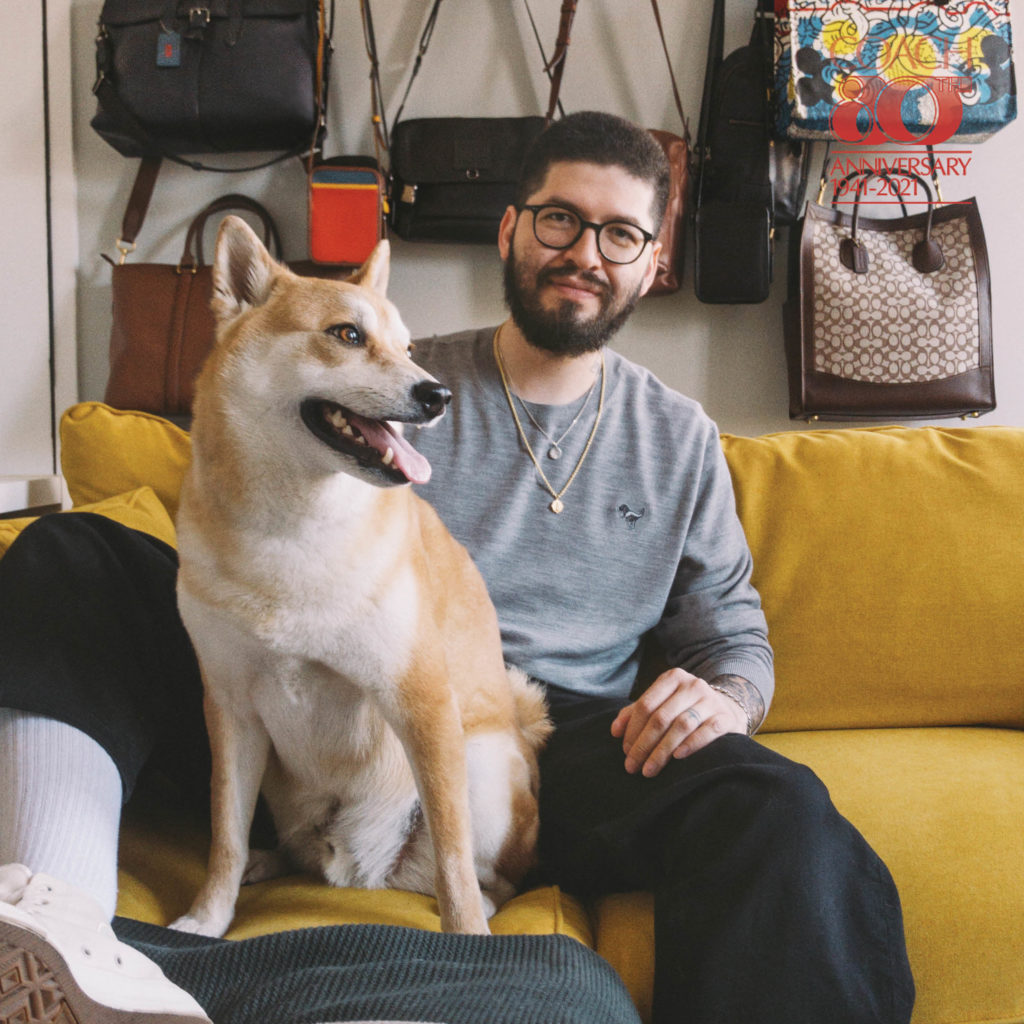 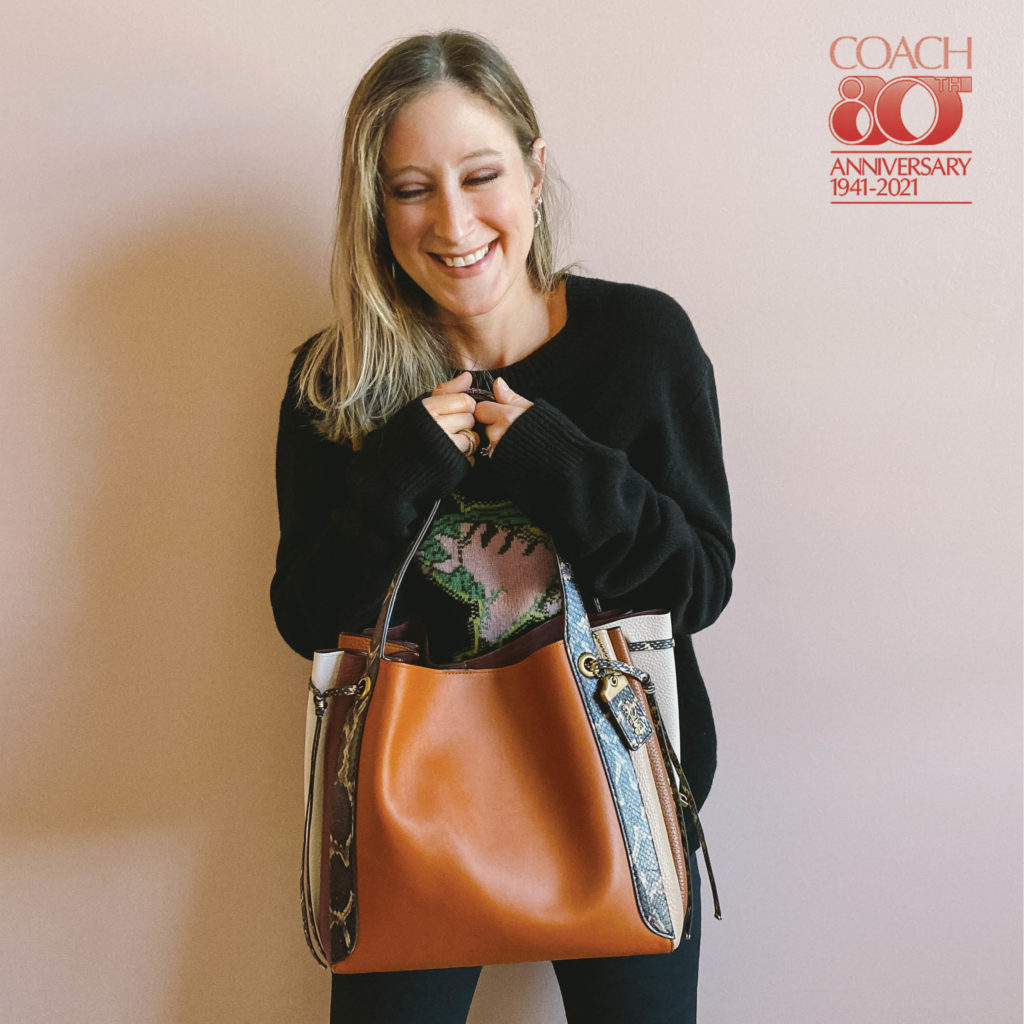 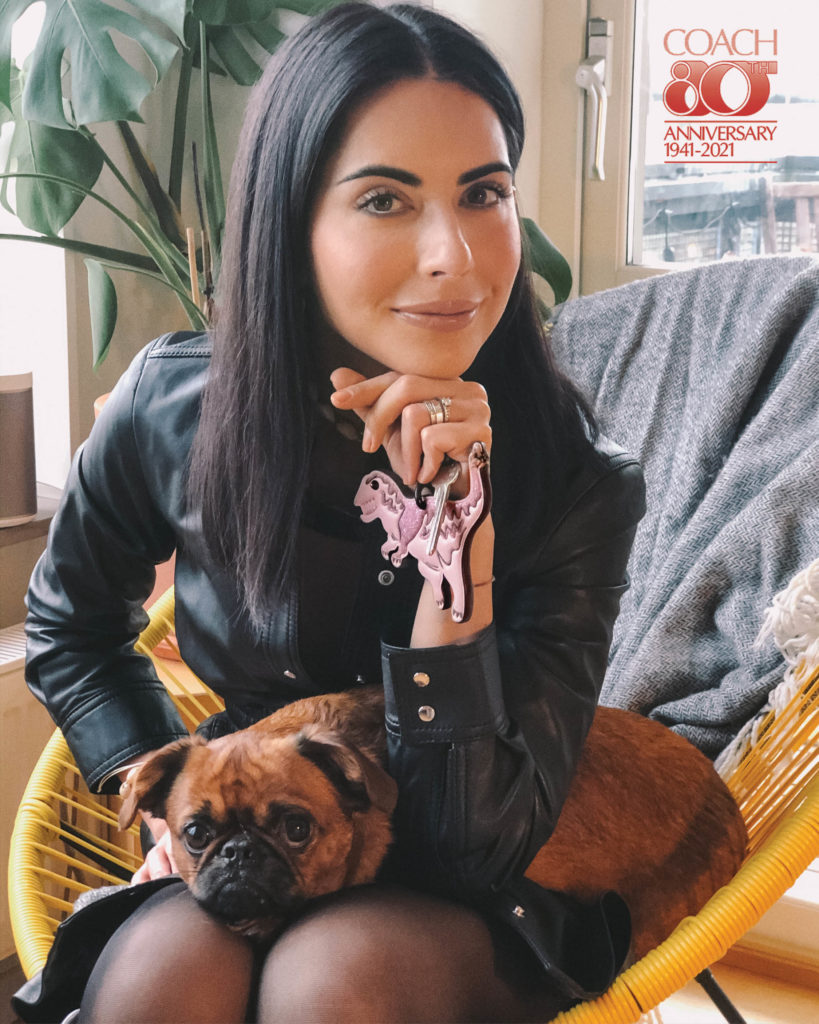 On a more intimate note, Vevers has always been passionate about craftsmanship and with Coach’s strong roots in leather-making, his approach to combine the layered history of the brand with contemporary codes has pushed Coach into a brand oh-so loved by many. The idea that Coach bags are made to be passed on continues to be the message that the American label wants to share.

In celebration of 80 years, the stories of loved Coach bags become its headline. Each collection also continues the conversation of sustainability as responsible fashion becomes a universal language.

Having worked at traditional European luxury houses prior to his appointment at Coach, Vevers learned everything about the art of creation and craftsmanship. To him, craftsmanship will always play an important role when it comes to his designs — it is something that he loves and respects. Pairing that with Coach’s legacy, it is the perfect marriage of new and old.

As fashion progresses, Coach will continue to be the catalyst of change and the brand that will bring meaningful conversations to life through the values of community, authenticity and inclusivity.

The post The future of Coach in the vision of Stuart Vevers appeared first on Lifestyle Asia Kuala Lumpur.