The active volcano, Mount Rainier soars 14,410 feet above sea level and is an icon on the state of Washington’s landscape. It last erupted in 1894. It is the most glaciated peak in the contiguous United States. The Emmons Glacier spans 4.3 square miles and covers most of the mountain. It’s not very often that fire and ice co-exist in nature. As you can imagine, mountain climbing is one of the most popular activities in this national park. Each year, thousands of climbers traverse the glacier to summit Mount Rainier.

Ancient forest covers the lower slopes of the mountain and subalpine wildflower meadows carpet the park. Mount Rainier’s wildflower blooms are renowned and people come from far and wide to see the dazzling display of avalanche lilies, paintbrushes, asters, daisies, cinquefoil, fireweed, purple shooting stars, and many more when they burst into a riot of colour in the summer. Mount Rainier National Park is one of the most visited national parks. Each year, the park receives around two-million visitors who come to hike, mountain climb, backpack and camp in its beautiful surrounds. 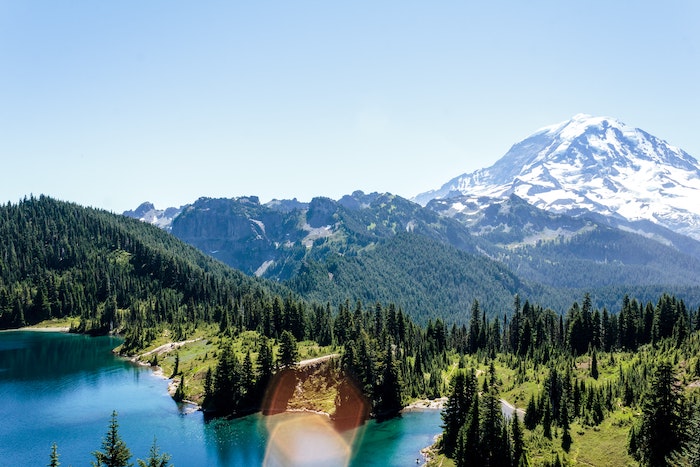 The North Cascades National Park is a tranquil alpine landscape where more than 300 glaciers crown the jagged peaks of the Cascade mountains. It is because of these snow-covered peaks that the park gets its nickname ‘the American Alps’. The scenic highway 20 runs east to west through the park, but few other roads go into the park. This lack of easy access means that wildlife and ecosystems are undisturbed and thrive. The park is home to grizzly bears, grey wolves, lynx and wolverines. When it comes to true wilderness experiences in Washington, the North Cascades National Park tops the list.

If you want to go hiking, the famous Pacific Crest Trail crosses the east section of the park. If you want something a bit less strenuous, the Ross Lake national recreation area is a great spot to go boating and enjoy fishing. To get your adrenaline pumping, you can take to the water and go rafting and kayaking on the Skagit and Stehekin rivers. The forests within the park have the highest degree of flora biodiversity of any American national park. It is home to more than 1630 vascular plant species. Wildlife watching is also a popular activity as the park is home to a variety of predators, for instance, bald eagles, wolves, grizzly bears, mountain lions and black bears. Oh my! 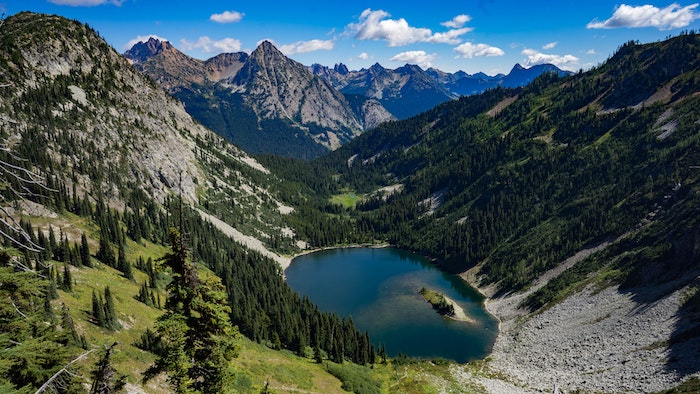 Olympic National Park protects nearly one million acres of wilderness, thousands of years of human history, and several distinctly different ecosystems. For instance, the park has glacier-capped mountains, old-growth temperate rain forests and miles and miles of wild coastline. Situated on the Olympic Peninsula in the northwest corner of the state, it is separated from the mainland by the Puget Sound and the Strait of Juan de Fuca. If you plan on visiting, pack a raincoat. The Olympic Peninsula gets more rainfall than any other place in the United States except Hawaii.

The ecological systems and habitats of Olympic National Park are so special that UNESCO designated the park an International Biosphere Reserve and a World Heritage Site. The park has the finest sample of primeval forest of Sitka spruce, western hemlock, Douglas fir, and western red cedar in the entire U.S. The park also protects the herds of native Roosevelt elk and other wildlife indigenous to the area.

There are countless ways to explore the remarkable diversity of the park. You can hike and go by paddleboat and motorboat. Enjoy fishing and tide pooling. Spend the night camping in the wild and enjoy some star gazing and you can take ranger-led walks and talks. Wildlife watching in this park is also an incredible experience. If you are lucky you will see the marmots, goats, deer, elk and bears that roam and see some of the many bird species in the tall trees. Out on the water, you can even go whale watching. Olympic National Park really is one of the most unique places in the United States. 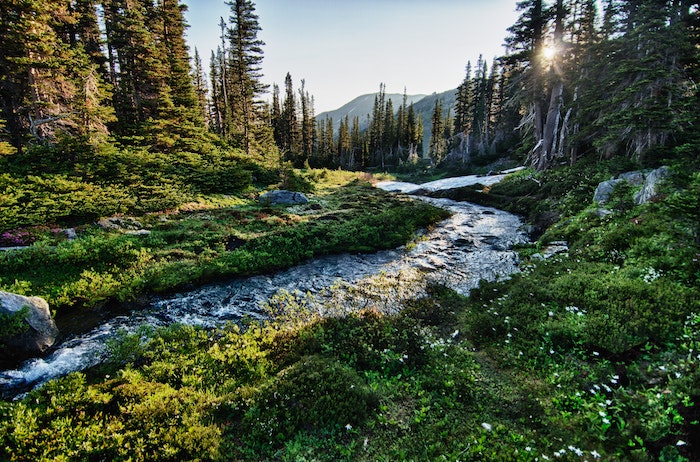