The natural diversity in Utah is staggering. Utah’s landscapes range from barren deserts to thriving forests in mountain valleys. The state also has lots of protected conservation areas, including eight national monuments, seven national forests and numerous state parks and monuments. And when it comes to National Parks, Utah has the third most of any state after Alaska and California. Ready to explore the natural beauty of the Beehive State? Here are the best National Parks in Utah.

Arches National Park is located just 5 miles (8km) north of Moab in eastern Utah. It is famous for its incredibly beautiful geologic formations including more than 2,000 arches that give the park its name. The landscape was 65-million years in the making but is still changing, for instance, Wall Arch – which had spanned a 71-foot gap in the rock since time immemorial – fell down in 2008. The most iconic formation is the monolith Delicate Arch, which is the largest free-standing arch in the park and one of the world’s most famous geologic features. The dusty desert, red sandstone landscape is otherworldly and the sunsets are kaleidoscopic. Arches National Park really is one of the most stunning places in Utah and it has some incredible hiking trails and camping spots too. 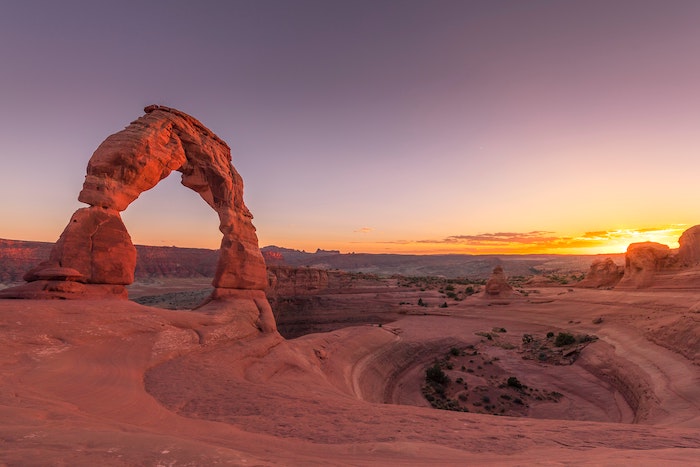 Bryce Canyon is famous for having the largest collection of hoodoos in the world. Hoodoos are the park’s phantom-like rock spires, as known as tent rocks, fairy chimneys and earth pyramids. Natural erosion sculpted this red-rock wonderland, which is full of incredible formations including horseshoe-shaped bowls formed by ephemeral streams which have eroded the plateau. The largest of these is the breathtaking Bryce Amphitheater which is full of weather-carved pink-hued hoodoos. It is a stunning display of natural beauty and once you see it you will realise why so many photographers come here to try and capture the landscape. Bryce Canyon is also wonderful for hiking, rock climbing and cross country skiing, and, of course, camping. 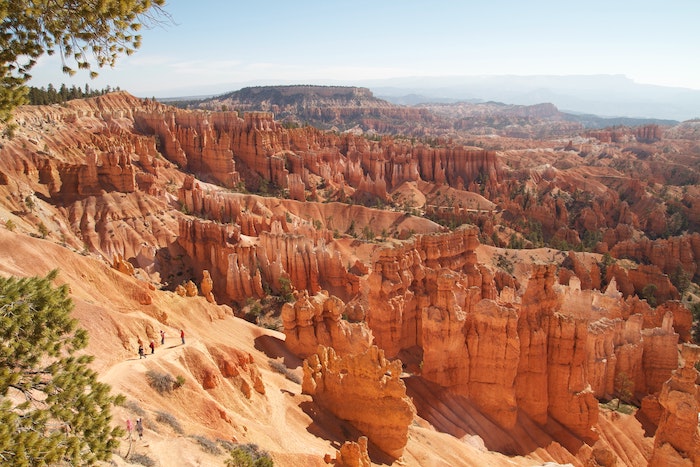 Located in southeastern Utah near the town of Moab, Canyonlands is famous for its dramatic desert landscape and fantastically formed buttes carved by the Colorado River. A butte is an isolated rock formation, a flat-topped mountain or hill with steep slopes on all sides. Canyonlands is the largest national park in Utah and rivers divide the park into four districts: Island in the Sky, The Needles, The Maze, and the rivers themselves (the Green and Colorado Rivers). Island in the Sky is a large flat-topped mesa with panoramic overlooks. The Needles region has towering rock pinnacles. The Maze features remote canyons and Native American rock paintings. With such staggeringly diverse landscapes, Canyonlands is one of the most intriguing National Parks in Utah. 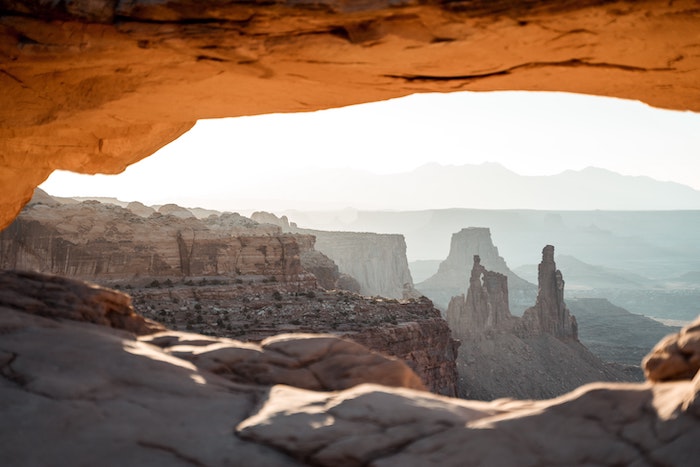 Capitol Reef National Park is located in south-central Utah in the heart of red rock country. It is home to the largest exposed monocline (a wrinkle on the earth) in North America. A monocline is, according to the boffins at Science Direct, “a step-like downward flexure with a steeper dip in otherwise horizontal or gently dipping rock strata”. The monocline in Capitol Reef is called the Waterpocket Fold and it extends almost 100 miles. Apart from this geological feature, in this beautiful park, you’ll find lots of cliffs, canyons, domes and bridges as well as a designated International Dark Sky Park. Apart from stargazing, the trails here are epic. For instance, you can even hike into the canyon where Butch Cassidy and the Sundance Kid once hid. Here you’ll find Cassidy Arch Trail named after the outlaw. 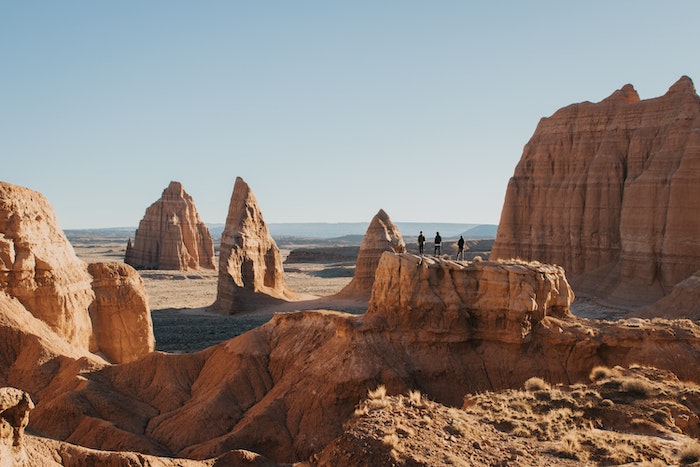 Zion is Utah’s oldest and most visited national park and one of the most visited National Parks in America. It is famous for its slender, watery canyons and its huge cream and pink sandstone cliffs. These contrast brilliantly against the bright blue sky and are a photographer’s dream. Zion is considered one of the best places in the world for canyoneering and some of the parks most famous spots include the Subway, Zion Narrows, Mystery Canyon, Pine Creek, Orderville Canyon and Keyhole Canyon. Apart from lowering yourself into narrow canyons, the park is also great for hiking, rock climbing and cross-country skiing. It also has gentle walks with beautiful vistas. The Great White Throne is one of the most iconic landmarks in Zion National Park. This white Navajo sandstone mesa rises more than 2,400-feet above the valley floor.