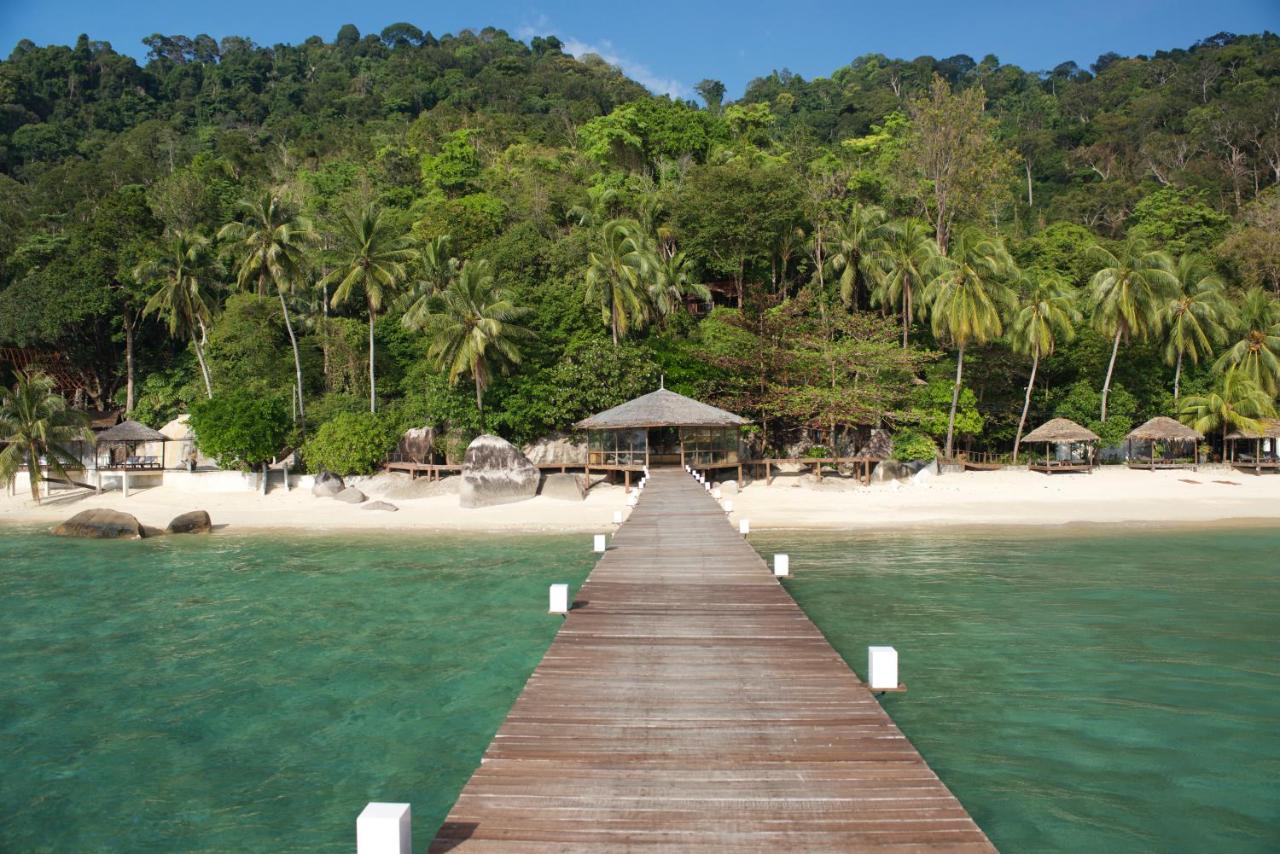 When one thought of a luxury escapade, Langkawi and Redang sprung to mind instinctively. With several luxury boutique resorts spread out across the island, Tioman Island might be a wiser choice for those who want to take on life unhurriedly.

The largest island on the East Coast of Peninsular Malaysia is a geological marvel landmarked by a kilometre-tall outcrop whose imposing shadows cast a sea of darkness on the surrounding dense vegetation, inhabited by diffident creatures scarcely seen in the flesh. The binturong, slow lorises and mouse deer are known to roam among the vines and detritus scattered on the forest floor. Separated from the mainland by a body of cerulean waters, Tioman is teeming with terrestrial and marine wildlife.

Local legend has it that the mythical dragon Sri Gumom defied the order to meet with his sister Gunung Linga. The consequence of breaking such forbiddance was the petrification of Sri Gumom, which now rests in the bottom of the ocean, forming the island’s breath-taking topography.

Traversed only on foot – complemented occasionally by scooters and more frequently by water taxis – Tioman has remained unscathed by mass tourism. Time appears to have neglected Tioman despite the decreed duty-free status to boost its vacationist appeal. That’s not to say the island is bereft of tourist attractions. Far from it. Most if not all are intertwined with nature.

Forget the gondola and the skybridge of Langkawi and other appurtenances of tourism, in Tioman, they revolve around free diving, scuba excursions, paddle boarding, trekking from village to village and pausing at numerous waterfalls. When the sun is ready to relent for the day, you can retire to the comfort of your lodging of choice to soothe those throbbing feet.

The post The best luxury boutique resorts to stay on the languid Tioman Island appeared first on Prestige Online – Singapore.