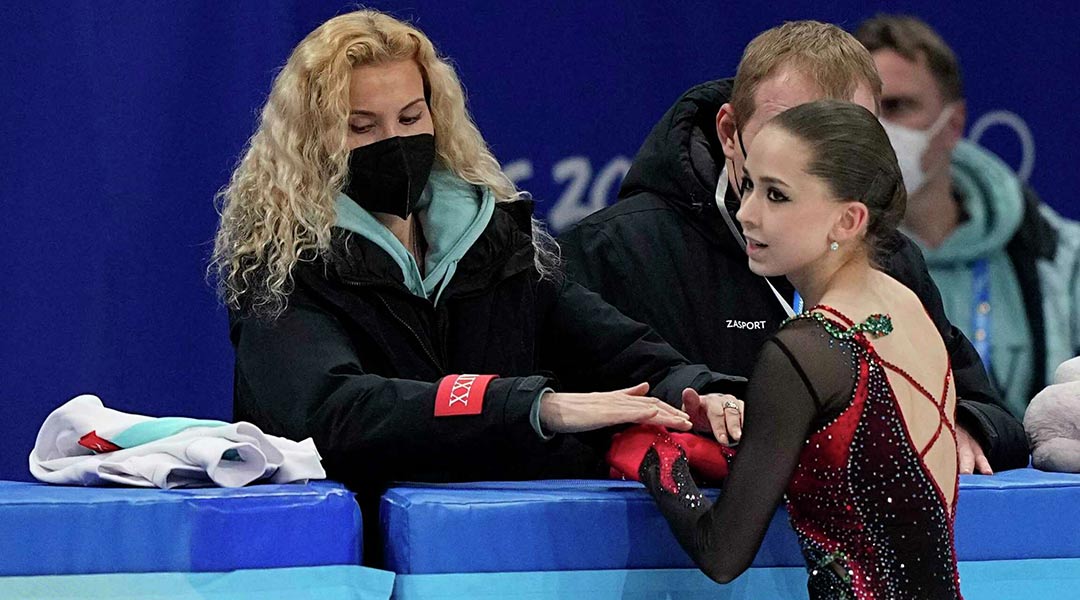 The 15-year-old in the middle of a doping scandal falters on her journey to gold, but the journey is still going on. More questions are being asked.

On February 17, the world watched the Women Single Skating competition at the 2022 Olympics reach its end. The tension was palpable: gold-medal favorite Kamila Valieva has been mired in scandal over the last two weeks.

Having tested positive for the banned substance trimetazidine (a drug for heart problems) in December 2021 and banned by the Russian Anti-Doping Agency (RUSADA), Valieva (age 15) was able to appeal the ban and was named to the Russia Olympic Committee (ROC). At the Olympics, she was able to skate in the Team Competition, helping the ROC place first.

However, after the results of her first test were made public, the International Olympic Committee (IOC), the International Skating Union (ISU), and the World Anti-Doping Agency (WADA) moved to delay the presentation of medals, and filed at the Court of Arbitration of Sport (CAS) to stop Valieva from competing for the individual gold medal.

At the eleventh hour, CAS ruled to let Valieva compete based on due process, hinging on the fact that it is much easier to strip a medal from an unclean athlete, rather than one who is preemptively banned and then found innocent, therefore causing them “irrevocable harm.”

Despite letting her compete, an investigation is still underway. In response, the ISU requested in the name of fairness that in the event Valieva places in the top 24 of the short program that an extra skater is allowed to compete in the free skate.

Both Shcherbakova and Trusova are her training mates: all three are coached by notorious figure skating coach Eteri Tutberidize, who also coached Alina Zagitova (at the age of 15) and Evgenia Medvedeva (18) in the 2018 Olympics to gold and silver respectively. A podium sweep was expected.

However, her turn was less than perfect: she fell on her two quad jumps and slipped on at least four other occasions. She ended out of the podium contention with a free skate score of 141.93, and a combined total score of 141.93.

The reaction from the ROC camp was instantaneous, a scene that will surely be featured in the sports documentaries to come: Tutberidze berated her star pupil as she came off the ice, asking her “Why did you let it go? Explain it to me, why? Why did you stop fighting completely?”

After the scores were read, Valieva had to be comforted by a Russian team aide. Most dramatically, 17-year-old Trusova was filmed screaming that she hated the sport and no longer wanted to go on the ice: most people watching are in disagreement as to whether she was upset for her teammate, or that she lost the gold. She was heard yelling at Tutberidze “You knew everything!”

Because Valieva did not place, the awarding ceremonies went on as planned. What should’ve been 17-year-old Shcherbakova’s crowning moment of glory was then mired in negativity: sitting alone in the holding area for podium athletes, no one from her team thought to comfort her.

Later, at the press conference, when asked how she felt, she said: “I feel emotionally empty inside, nor insanely happy for myself, nor any emotions for others.” It seems the only truly happy person on the night was Sakamoto, who was the first person to congratulate the beleaguered Shcherbakova.

According to Chinese volunteers at the venue, Trusova did not leave until 3 A.M., and despite displaying calmness at the press conference ended her long day still screaming before forcibly being taken to the team bus.

The Culture of Winning

Today the fallout continues. Much attention was paid to Tutberidze’s response, which IOC President Thomas Bach described as “[it was] chilling to see [this].”

“Rather than giving her comfort, rather than to try to help her you could feel this chilling atmosphere, this distance and if you were interpreting the body language of them, it got even worse because this was even some kind of dismissive gestures,” he continued. He then said it was “extremely important” to look into Valieva’s coaching team.

The Kremlin then got involved. Spokesperson Dmitry Peskov told reporters that while they respect his opinion, they do not necessarily agree with him. “He doesn’t like the harshness of our coaches but everybody knows that the harshness of a coach in high-level sport is key for their athletes to achieve victories.”

Because Tutberidze’s skating school Sambo-70 has produced the last two Olympic champions (and the silver medalists), it remains highly unlikely that any change in coaching culture will occur within Russia.

Fans of figure skating have pointed out the flash-in-the-pan nature of her skaters: in to win gold at the age of 15 and out two years later, with skills decreasing and the body injured (the younger you are the easier it is to mold the body to do harder skills).

This is what happened to Zagitova, who has not competed since the age of 17. Medvedeva retired last year at the age of 20 (after a productive stint with her new coach, Brian Orser) with a chronic back injury. She can no longer do jumps that were once easy for her. “I can only safely jump salchow, maybe even a loop, and then not always.”

The first Sambo-70 skater to capture the public’s attention was Yulia Lipnitskaya, who at 15, skated to Schindler’s List at the 2014 Olympic games and went viral. In 2017, Lipnitskaya retired at 20, with a multitude of injuries, and anorexia. She has said that she put her skates in a closet and no longer looks at them.

Tutberidze’s current crop of skaters have not escaped unscathed: Daniil Gleikhengauz, choreographer for Tutberidze has proudly said on Russian TV that Shcherbakova can eat two pieces of shrimp and be full, adding that “she was not obsessed with food.”

Trusova’s angry reaction, while eliciting responses from Queer Eye’s Jonathan Van Ness on Twitter about her “bratty behavior” (since deleted), is perhaps one of a competitor in a high-stakes pressure situation under the grip of a coach who pits her athletes against each other.

In addition to the trimetazidine found in Valieva’s system is two legal metabolic enhancers: L-carnitine and Hypoxen. The combination of the three in her blood has ensured that her defense (she allegedly drank from the glass of her grandfather, who has heart problems) is rendered useless, and has moreover puzzled cardiologists that the New York Times spoke with on the issue. Why is a 15-year-old taking three heart medicines?

The answer is surely down to their performance-enhancing capabilities, but the experts cautioned that none of the drugs had strong scientific evidence in helping either performance or heart problems and that the interaction of the three could have unknown consequences. “Don’t mess around with Mother Nature,” Dr. Levine of the Cleveland Clinic said.

So what happens next? If we are to follow the pattern of Tutberidze skaters this will likely be the last major competition we will see them in (fans are hoping that Trusova seeks coaching elsewhere). The investigation on Valieva’s positive test is still pending, which means the medal ceremony for the ROC and 2nd place finishers the USA, and 3rd place finishers Japan has not yet happened. The issue will likely not be concluded until a few months later.

Fans of figure skating have called for raising the age of eligibility for women’s figure skating. At the moment, ages 15 and up are considered part of the senior circuit. Some say that doing so will force Tutberidze to change her operations and will truly show whether she can coach older competitors instead of pre-pubescent girls. Waiting in the wings are her next crop of Junior stars.

As for Tutberidze herself, Bach said this: “There are issues to be addressed, this concerns the issue of minors in senior competitions. Our executive board has started to think about it, this needs careful deliberation and consultation.”He is open to an investigation of her conduct. “It’s of extreme importance. We’ve expressed this from the very beginning. She’s a minor. Doping very rarely happens alone, there is always an entourage.”

Questions are also being asked about the ROC. The whole reason Russian athletes have competed for three Olympic cycles now as the ROC instead of Russia is because of a 2016 report that uncovered state-sponsored doping in Russian athletics. In addition to the country “change,” as punishment, they compete under a specially designed flag, and instead of their national anthem Tchaikovsky Piano Concerto No.1 plays on the loudspeaker in the event of a ROC win.

None of these steps have worked. The culture of winning in Russia is still one with impunity.