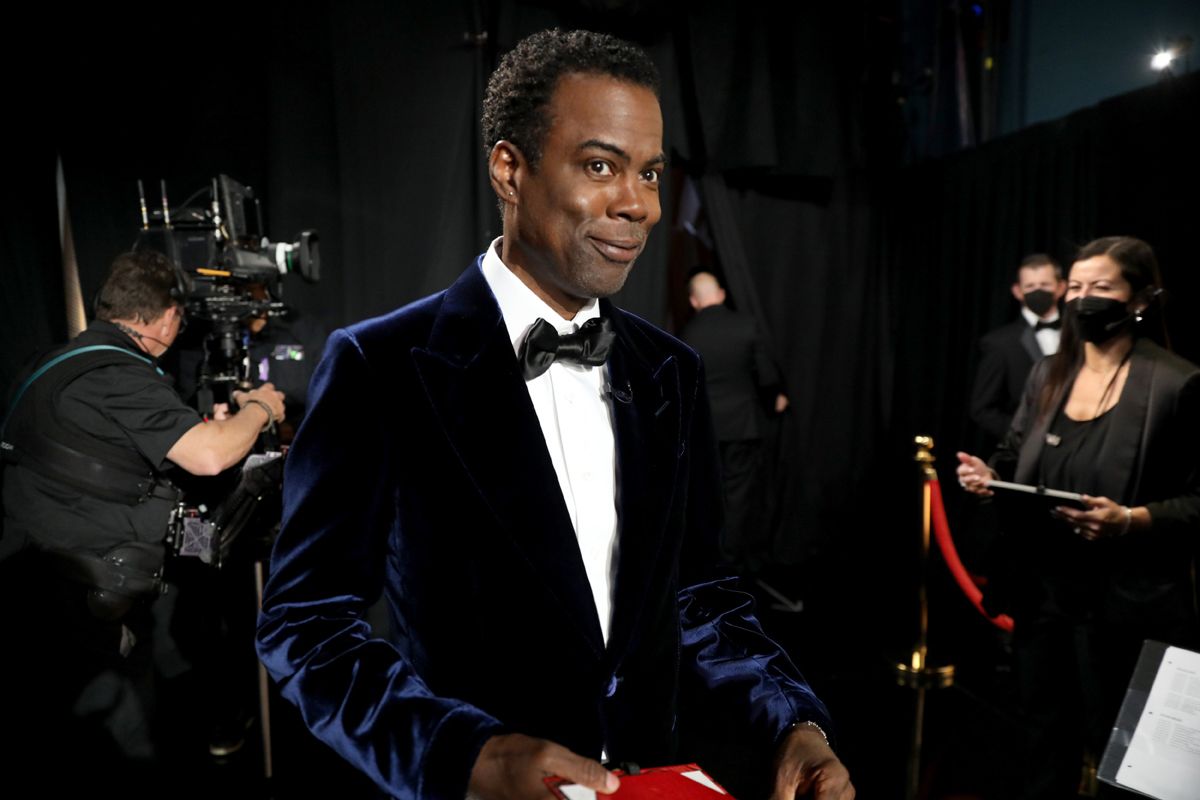 It’s been officially two days since the Oscars 2022 happened, and one particular incident is still the centerpiece for online banter — and it’s not Zendaya’s stunning look or Timothée Chalamet’s near-nipple slip. It’s…“The Slap” (don’t forget to pause for dramatic effect).

If you haven’t heard about The Slap, congratulations, you’ve mastered avoidance of celeb-infested social media chatter (or you live under a rock).

At the 2022 Academy Awards, better known as the Oscars, Will Smith slapped Chris Rock on stage following Rock’s joke about Jada Pinkett-Smith’s bald look, which she wears due to her alopecia condition.

After the very-much-real assault, Smith cussed out the stand-up comedian, yelling to him from the audience, “Keep my wife’s name out your f—king mouth!”

Later in the evening, Smith went on to win his first Oscar for Best Actor in a Leading Role in King Richard, where he delivered a teary-eyed 5-minute acceptance speech.

Of course, Smith’s speech was powerful in words and even garnered a standing ovation from the crowd, but it didn’t sway those still caught up on the night’s slapping incident – “those” including the Academy Awards themselves.

The morning after and even the day after that, Will Smith’s slap is still the trending topic across social media platforms. So, in the aftermath of The Slap, what’s next?

Aside from a potentially sore cheek, Chris Rock taking the hit and keeping his cool is actually boosting his career, with tickets for his comedy tour seeing a spike in sales following the Oscars slap.

A day after the infamous strike, ticket marketplace Tick Pick tweeted, “We sold more tickets to see Chris Rock overnight than we did in the past month combined.”

We sold more tickets to see Chris Rock overnight than we did in the past month combined.

More than 50% of Chris Rock’s ticket sales came from the Oscars, with tickets initially selling for $46 now going for $500-plus for his upcoming shows.

Since Rock won’t be pressing charges — as confirmed by LAPD on March 28 — and has yet to peep a word since the award show, people are buying up tickets to be the first to hear the comedian’s post-slap jokes.

The 2022 Oscars definitely hit the Academy’s rating goals out of the park, bringing in 16.6 million viewers (up 58% from last’s record-low ratings) and becoming the “highest-rated entertainment special in primetime on any network in two years,” according to Variety.

Of course, the Academy has The Slap to thank for this (people tune in for a good drama), though many viewers also scrambled to their televisions for Will Smith’s acceptance speech.

Will Smith’s “I’m a work in progress” Apology

Will Smith took to Instagram to issue a public apology to Chris Rock, the Academy Awards, the Williams family, and the King Richard film crew, saying, “Violence in all of its forms is poisonous and destructive. My behavior at last night’s Academy Awards was inexcusable.”

“Jokes at my expense are a part of the job, but a joke about Jada’s medical condition was too much for me to bear, and I reacted emotionally,” he added.

He ends his IG apology with “I am a work progress,” which came just before “choosing chaos” with Jada Pinkett-Smith in a previously posted Reels vid.

In an interview with Gayle King, Jim Carrey addressed the issue of Will Smith slapping Chris Rock, saying he was “sickened” by the incident as a whole, including the fact he received a standing ovation for his Oscar.

“Hollywood is just spineless en masse, and it really felt like this is a really clear indication that we aren’t the cool club anymore.”

Carrey persists in disapproval of Smith’s actions, “I have nothing against Will Smith. He’s done great things, but that was not a good moment. It cast a shadow over everyone’s shining moment last night…it was a selfish moment.”

The Academy does not condone violence of any form.

Tonight we are delighted to celebrate our 94th Academy Awards winners, who deserve this moment of recognition from their peers and movie lovers around the world.

The Academy will host a full-fledged meeting on March 30 with its board of governors to discuss and investigate the slapping incident.

“The Academy condemns the actions of Mr. Smith at last night’s show,” the Academy of Motion Picture Arts and Sciences stated in an official statement. “We have officially started a formal review around the incident and will explore further action and consequences in accordance with our Bylaws, Standards of Conduct, and California law.”

With the entertainment organization’s investigation underway, many speculated that Will Smith could be saying “bye-bye” to his first Oscar and even banned from future ceremonies.

Of course, such loaded claims caused others to bring up the Academy’s ugly history of controversial winners, including rapists Harvey Weinstein and Roman Polanski and racist Mel Gibson.

A tweeter commented, “Will Smith may be asked to hand back his Oscar due to breaking The Academy’s code of conduct — a code so strict that Harvey Weinstein only won 81 of them.”

Sure, we’ll all be awaiting the Academy’s decision moving forward with Will Smith, but enough of The Slap! The Oscars 2022’s slap-less moments are the real trend-worthy topics, like Euphoria‘s reunion and Blue Ivy coming for Beyoncé’s career.