The 7 Best Rooftop Bars in Houston

Looking to raise the roof in Houston? The fourth-largest city in the United States is bursting with lofty locations for sky-high (or at least above ground-floor) drinking. It’s one of the most diverse cities in the country, with a diverse drinking scene to match. Whether you’re looking for toe-tappin’ traditional Texan or a stylish speakeasy, there’s a tipple for every type in the ‘New Capital of Southern Cool’. We’ve made it a whole lot easier for you to find them too. Here are some of the best rooftop bars in Houston.

The Best Rooftop Bars in Houston

Captain Foxheart’s Bad News Bar is the ideal spot for discerning drinkers, offering refined booze and understated views. The second-storey saloon oozes sophistication, from its wide oak bar to its sparkling chandeliers. When the record player isn’t pumping out vinyl tunes, there’s live music too. Whiskey is taken particularly seriously here, but you’ll also find punchy spirits spruced up with floral flavours and spices. Cocktails are reasonably priced, given how good they are, and there’s often a happy hour too.

If you’re after something different, just give the bartenders an ingredient and they’ll stump up a creative concoction just for you. Come for sunset and linger late into the night. 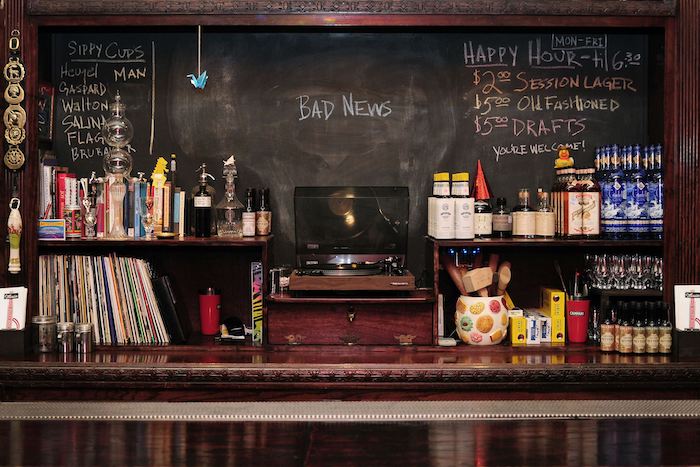 Perched on top of Le Méridien Hotel, Z on 23 fulfils the rooftop bar brief with style. With an impressive 23 floors between the bar and Walker Street sidewalk, it’s certainly not vertigo-friendy, but it is the best place to enjoy 360-degree views of the city. Outside, there’s comfy lounge seating and candlelit tables, while inside it’s all colourful murals and plush cocktail chairs.

There’s an extensive selection of cocktails, craft beers and fine wines to choose from too. They also serve light bites outdoors, like crab ravigote and crispy tempura shrimp. If you’re after a meal, you can grab a table inside at Zutro Restaurant. It’s popular, but a good option if you haven’t reserved a table anywhere as it’s one of the few spots offering walk-ins only. 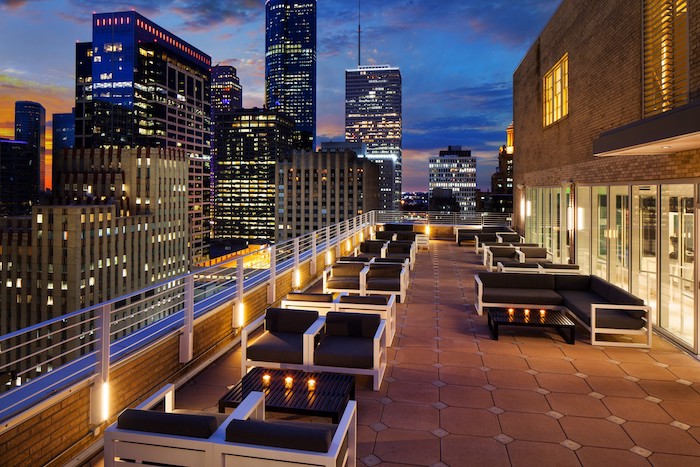 The latest addition to Houston’s rooftop scene is fast becoming one of its most popular. As well as killer views of the Houston city skyline, it offers one of the biggest terraces in the city – a whole 1,600 square foot of patio. Cocktails are ‘inspired by sunsets around the world’, like the St. Petersburg Sunset (a Moscow Mule) and the Tullahoma Sunset (a whisky sour). There’s beer and bubbles too.

Unsurprisingly, it serves up one of the best sunsets in town, with views out to some of Houston’s most iconic sights and a backing track supplied by DJs on the deck too. 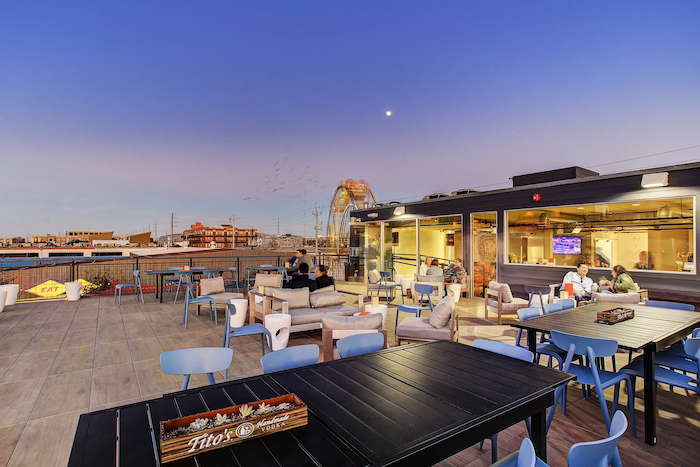 Not a rooftop per se but La Carafe does have one hell of a balcony. It has quite a history too. Housed in a building dating back to 1867, it’s believed to be the oldest bar in the whole city. Some even claim it’s a hotbed of paranormal activity – bartenders have reported seeing bottles fall off shelves, there’s said to be the ghost of a young child playing ball upstairs and some even claim they’ve seen the ghost of La Carafe’s former manager has also been seen in the window.

Inside it’s suitably atmospheric with sparkling chandeliers, candle wax, an antique jukebox and old photos detailing the history of the building. That’s all lovely, but if you manage to nab a patio seat on the balcony you’re winning. Nothing quite beats sitting back to enjoy those downtown views, armed with a delicious cocktail or craft beer. 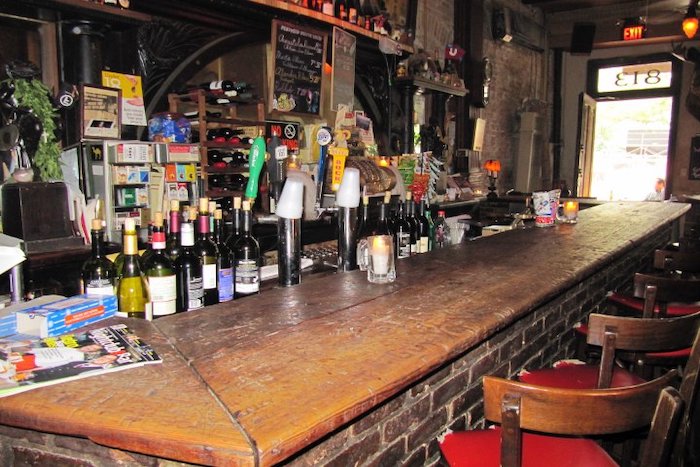 For those days when that scorching Texan sun just won’t give over, nothing beats Parkview Terrace. The sixth-floor tropical rooftop is more of a resort really, complete with an infinity pool, cabanas and the world’s only Texas-shaped lazy river. There’s also the High Dive Bar & Grill, where you can tuck into nachos and Southern comfort cooking, accompanied by a frosty beer or a pitcher of margarita. Throughout the summer, the terrace also hosts a Texas Summer Musci Series, featuring live sets from local artists every Friday and Saturday evening.

You’ll need to either be a paying guest or on a day pass to enjoy the facilities, but we can confirm it’s well worth making a day of it. Guest passes start at $50 and include access to the terrace, towel service, hot tub and pools, as well as the 5,000-square foot fitness centre. 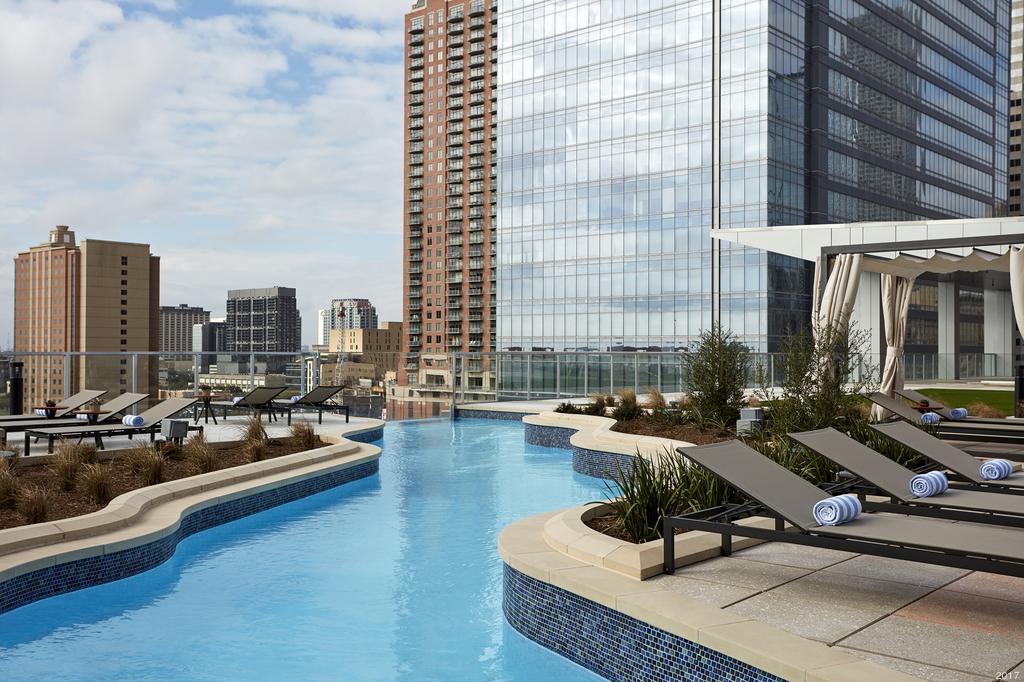 6. Brenner’s on the Bayou

For an alternative to city skyline panoramas, why not try a view of the meandering Buffalo Bayou, Houston’s 52-mile slow-moving waterway? Set at the same level as the trees, the patio at Brenner’s offers views over the surrounding lush greenery, waterfalls and the famous river. The eclectic food menu is brimming with delicious possibilities, like the lip-smacking ‘Bang Bang Rock Shrimp’, in crispy tempura batter with spicy Aioli and Shishito peppers. There’s an extensive range of drinks to choose from too, with over 200 wines from around the world as well as martinis, speciality iced cocktails and craft beers.

There’s a happy hour on weeknights from 4pm to 7pm too. 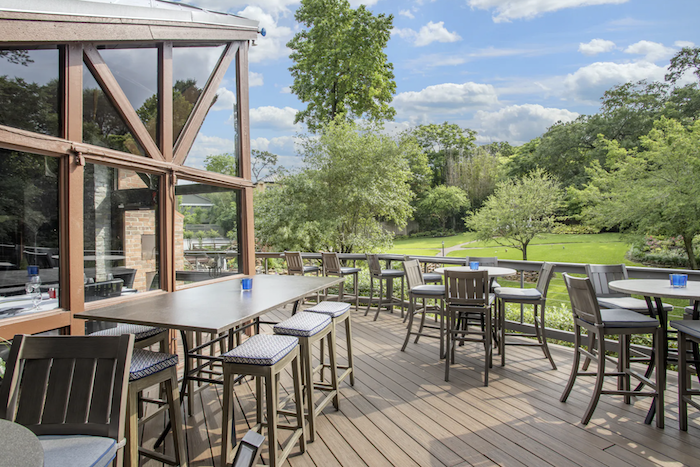 Located on the Southside of Houston’s beloved Discovery Green, a 12-acre urban park, The Grove offers refined dining and drinking with good views. It’s become a culinary hotspot, which isn’t easy in a city with so much competition. The two-storey glass building looks more like a greenhouse than a restaurant, which is less surprising when you hear about its green credentials.

Up on the rooftop, there’s comfy conservatory-style furniture and tables, with views over the park. You might even get lucky and enjoy a birdseye view of some of the park’s summertime performance’s at the same time too. The garden even supplies herbs and produce for tasty bites like the beet humous and blue corn crab fritters. Every Sunday, there’s a Weekend Brunch Feast too.

Plus, from Tuesday through to Saturday you can enjoy Happy Hour from 1–5pm, with 50% off appetizers, raw bar, beer, cocktails and wines. Worth clocking off early for. 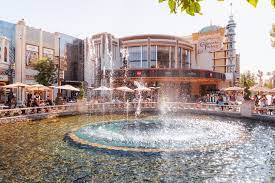 The post The 7 Best Rooftop Bars in Houston appeared first on Big 7 Travel.