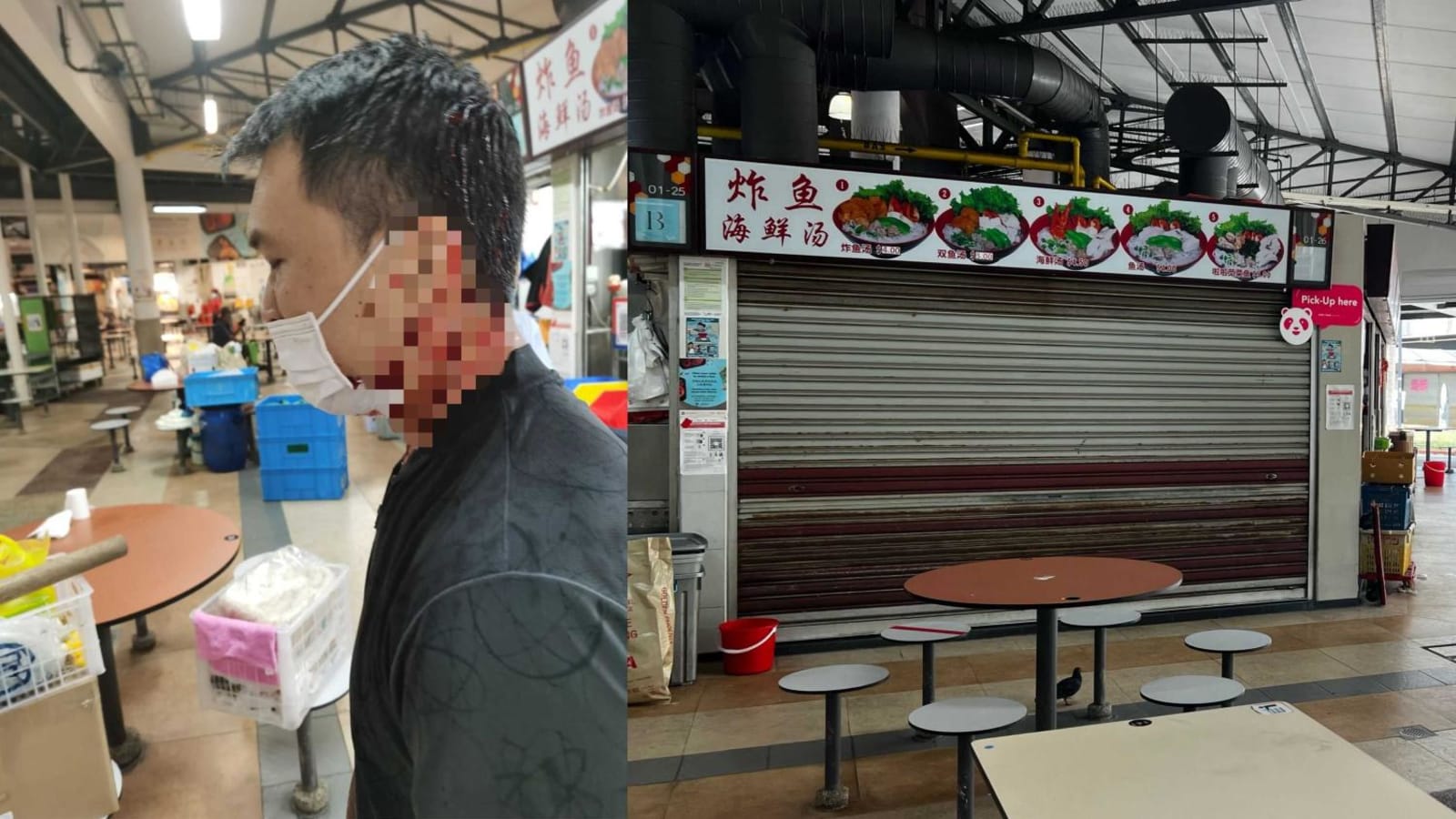 SINGAPORE: A 69-year-old man was charged on Saturday (Apr 9) with voluntarily causing hurt after an incident at Tanglin Halt Food Centre that left a hawker injured.

Peck Chuan Ann is accused of attacking Punnataro Wee Kai Xin with a 71cm-long wooden stick that had a nail protruding from it, according to the charge sheet.

The investigation officer said in the charge sheet that the wooden stick with a nail was “used as a weapon of offence” and was “likely to cause death”. The victim was hit on the head and suffered a cut.

If convicted, Peck faces a jail term of up to seven years, a fine, or any combination of such punishments.

Peck, who has been remanded at the Institute of Mental Health for psychiatric observation, cannot be caned as he is over 50 years old.

The pair told CNA that they had just reopened the stall on Monday after taking a few months off since Ms Wang had been in hospital.

At about 7am, Mr Wee was seated outside the stall as he was cleaning and chopping vegetables while Ms Wang was inside the stall preparing fish.

Ms Wang recounted that she heard a commotion, and turned around to see the perpetrator allegedly hitting Mr Wee with a wooden stick.

She quickly rushed out of the stall and tried to grab the stick, with the man also allegedly hitting her several times on the head and arm.

A photograph of Mr Wee’s injuries showed him bleeding profusely.

When CNA visited Tanglin Halt Food Centre at about 4pm, bloodstains could be seen on the floor near Ms Wang and Mr Wee’s stall.