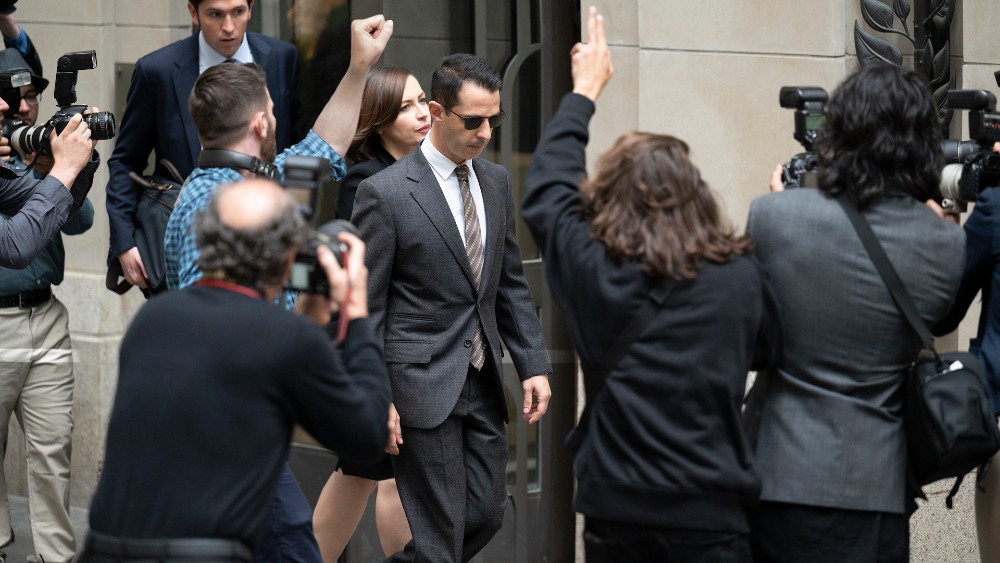 Many of the past 735 days have been distressing and interminable for a variety of reasons, but today—at the very least—one of those reasons doesn’t apply because Succession is back, baby! No longer will we need to subsist on yet another rewatch, paparazzi shots from set, and dubious accounts of Nicholas Braun’s love life on DeuxMoi. The Roys have returned, and they haven’t gone too far from where we left them.

Action in the third season picks up in the moments after Kendall’s very public come to Jesus moment. His motivation for the sudden and surprising turn quickly begins a small debate within the episode. Naomi Pierce, one of the first people Ken talks to post-announcement, sees it as altruism. Logan, before threatening to grind Kendall’s bone to make his bread (via Jess), sees it simply as a move. And, as a move, it’s respectable. Ken’s finally acting like the killer that Logan swore in the season two finale he never was, but let’s call this whole thing off, huh? Please?

But what about for Kendall Roy, himself? Was it for the good of the world, Rava and his kids, or was it just a move? The answer is simply yes. Kendall, as a deeply insecure person, has always been a servant to many different masters—the various not always healthy ways one can earn love and acceptance. So, for him, this is a one-size-fits-all maneuver of strategic genius. It’s a selfless act of vigilante truthtelling, a strike against an abusive, all-powerful corporation, which will continue to exist after all of this, without taking any major monetary or legal hit with Kendall—unscathed—at the head.

Also his dad hated it, but maybe totally kind of respected the hell out of it. 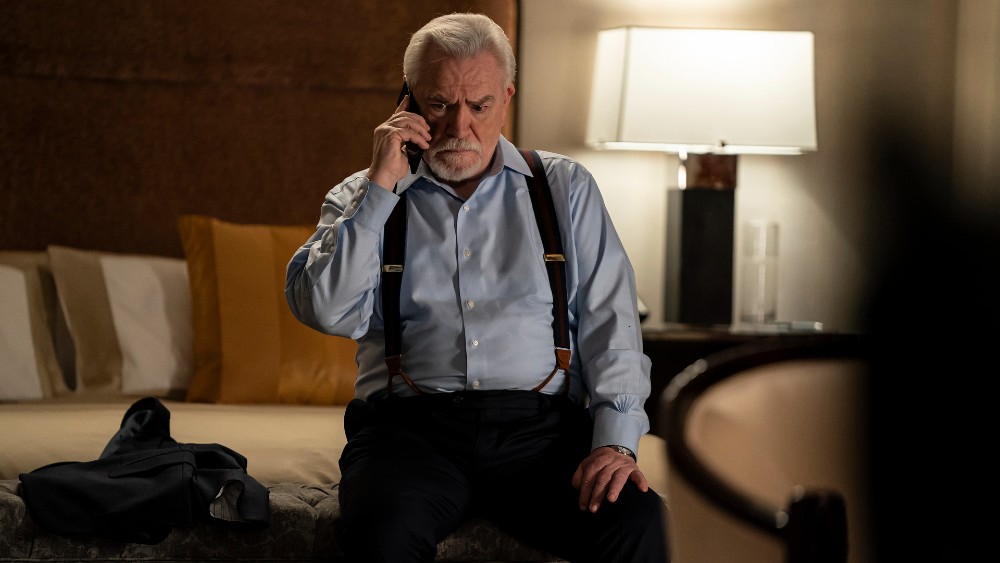 Leave it to Karolina to make things relatively simple. Kendall hasn’t just attacked his dad, but the corporation he hopes to lead. Apt, but enough to get her kicked out of the SUV. That winnows Team Kendall down to Jess and Greg, who’s monitoring social and telling the press “No comment.” But with calls out to both Frank and Shiv (an interesting detail to consider after her meeting with Lisa Arthur), the rosters on both sides are pretty much guaranteed to change. If the season three poster signifies anything, Tom is another possible draftee to Team Kendall, but that remains to be seen. Siding with Kendall could be a way to dodge his very hands-on involvement in the cruises coverup.

This might be the worst iteration of Kendall Roy. And I mean worst as in the nadir of his personal character and standing in the world, not his quality as a character on television, which is outstanding. He thinks he could come out of this as a hero, possibly with the Pope as a follower on Twitter. All it’s going to take now is the right tweets from the Bojack guys or some dudes from The Harvard Lampoon, right? The real question is whether he can effectively play holy avenger when his dad still holds a card that says “Kendall killed a kid.”

This, of course, is happening while the rest of the Roys (and Gerri and Frank and Karl and Hugo) are on the other side of the world, fresh from the yacht and camped out at an airport. No one knows for sure what amount of shit Kendall has actually managed to stir up (or they don’t want to admit it), and Logan going slightly comatose isn’t helping. Gerri says he was talking about mom a lot. This is on top of firing Frank and Karl, then promoting Gerri, rehiring Frank, and demoting Gerri. He seems to be about as shook as Logan Roy can get, and once he learns from Ken (via Jess) that this is a real fight, everyone on his end assumes battle stations.

Roman comes hot out of the gate suggesting that Logan chop Kendall up into a million pieces and toss him in the Hudson. And while Shiv assures everyone that she does, in fact, eat red meat, she wants them to consider that there could be some serious repercussions. The attack from Kendall isn’t the only front their fighting on. The threats from Congress, the FBI, the SEC, class-action suits, and Sandy & Stewy are still alive, so Logan wants to know exactly how aggressive he can be in this battle. But he’s not settling for a chat with a measly attorney general. He wants the raisin, a.k.a. the leader of the free the world.

And no local foods! 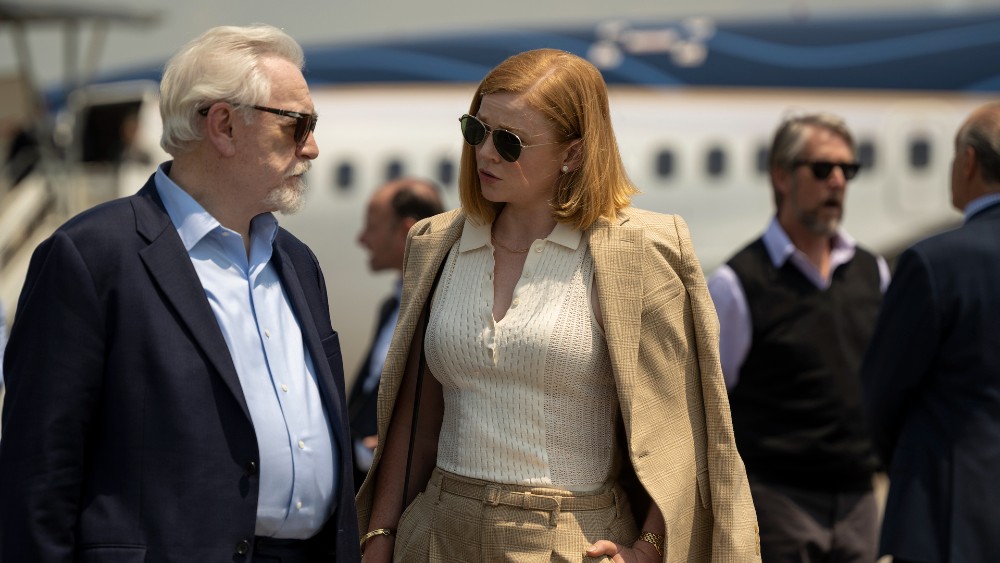 Logan and Shiv are quite the stylish duo when plotting for vengeance.  Hunter Graeme/HBO

Alas, the signal from the White House is not good, but Gerri does manage to get something out of it for herself. While the president feels for Logan and the AG has nothing but respect for the media giant, the problem seems to be the Deputy Attorney General. Gerri’s suggestion to fire her only wins them the legal cover of a forced laugh from the White House rep, but it might be the move that secures Gerri the interim CEO position later in the episode—after some major mistakes by Roman and Shiv, of course.

With protection from the White House mostly off the table, it’s time for some international travel! Ideally somewhere lacking an extradition treaty with the US. So Logan, Karl, Frank, and Tom are off to scenic Sarajevo, while Shiv, Roman, and Gerri head stateside. And no, there’s nothing for Tom and Shiv to discuss about their marriage (a.k.a. the open-borders, free-fuck trade deal) before they part, why? It’s not like the line “I wonder if the sad I’d be without you would be less than the sad I get from being with you” has been reverberating in my tattered heart for the last 735 days. 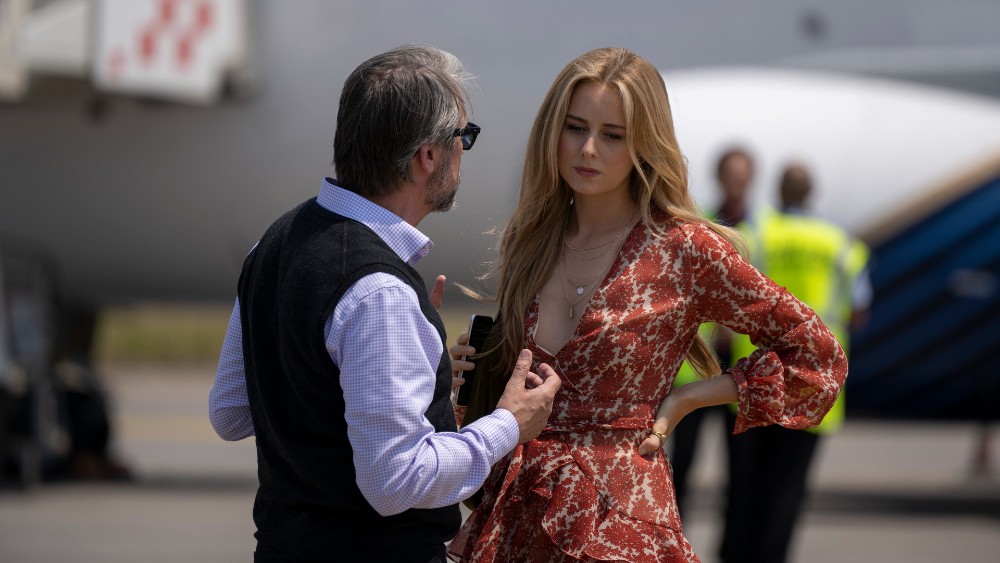 The most devastating part of this parting, however, is the decision to leave Connor and Willa behind to hold down the fort in the Balkans and do whatever that means. While I do hope they’re not out of the action for too long, it’s heartening to hear that Con has a new hate-watch-focused marketing approach for Willa’s play. I, for one, cannot wait to hop onto the iron-o-cycle!

You know who might agree that Righteous Kendall is the worst Kendall? Rava and that bottle of wine that her godfather gave her. That honestly hurt to watch. And while it was Greg who pulled the cork and Naomi who told him to, Kendall gets the blame for thinking that his press conference (which Rava deliciously did not watch!) was a noble enough act to buy his way back into his ex’s good graces. He says that the turn against Logan was for his family. Rava (with her pitch-perfect “Yeah, well…”) thinks otherwise.

While Kendall terrorizes Rava during meetings with consultants and lawyers, Logan sets about mitigating what Karl has so helpfully dubbed “the full Baskin Robbins: 31 flavors of fuck.” The mounting pressure has forced a discussion of finding an interim CEO, also known as succession.

Thus, the show’s macro premise plays out in micro during the back half of the episode. Who will fill in for Logan during the months (and possibly years) that this scandal takes him out? Karl would just like to note that he thinks he’s good for it, but it really comes down to Shiv, Roman, and Gerri. And from those three, it’s really just a process of elimination.

Roman’s failure can ultimately be boiled down to a “but.” His call to Logan to assert that he wants it, that he’s ready, and that it’s his time goes pretty well until that regrettable turn into second guessing. His hedging may have less to do with his own self-doubt and more to do with his alliance with Gerri, but either way, it’s enough indecision to take him out of the running.

It’s not going to be Shiv either, despite some impressive fingering from Tom on the reverse banjo. Superficially, the decision to snub Shiv seems tied to her failure to recruit Lisa Arthur to Logan’s defense. But the puppet formerly known as Kendall Roy got to her first, and Logan only learns about that after making his decision on Gerri. And, really, was it ever going to be Shiv? Really? Didn’t she decide this all for herself back at the dinner table with the Pearces? And even then? Wasn’t that always just a ploy by Logan to pull her away from Gil? Come on. 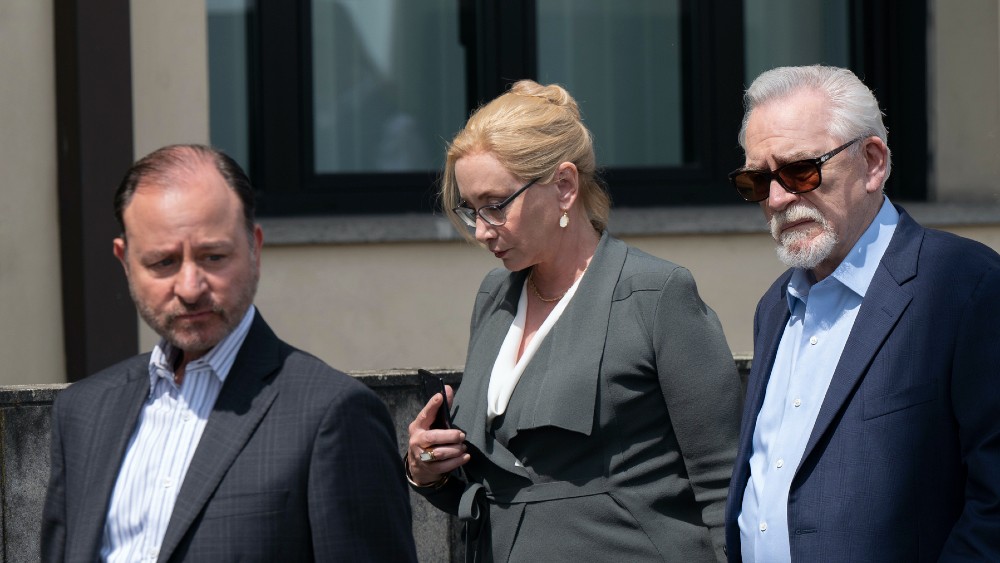 Which leaves Gerri, an outcome that should delight all the J. Smith-Cameron fans of the world… or, you know, people with good taste. Her proximity to Roman—while it’s not as close as he might want it to be—does put him at the right hand of power, but who’s to say how much power she’ll have at all? What’s clear, especially from the slightly ambiguous ending (is Logan mentally all there?), is that Kendall has managed to land a serious blow against his dad.

But then again, he has never faced off against the full fucking beast.

Man, it’s good to have this show back! Now, if I’m reading this schedule correctly, there are only seven days until the next new episode of Succession.

That’s right: seven. Without two zeroes after it.