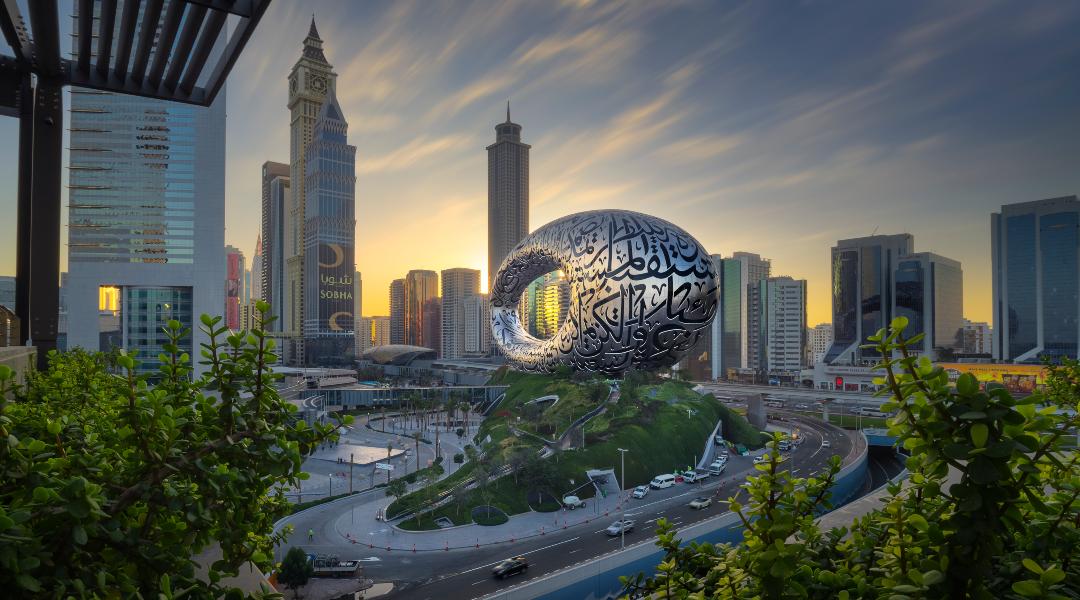 The new scientific landmark from Dubai is promoted as the “most beautiful building on Earth.”

After nine years in the making, The Museum of the Future is here.

READ ALSO: Reach For The Stars: The Shanghai Astronomy Museum Is The Largest And Most Innovative Of Its Kind

The museum has formally opened in Dubai in the presence of His Highness Sheikh Mohammed bin Rashid Al Maktoum, Vice President and Prime Minister of the United Arab Emirates and Ruler of Dubai.

It is an initiative of the Dubai Future Foundation, formed in 2016 to institutionalize future-shaping.

Designed by architecture firm Killa Design and engineered by consultancy firm Buro Happold, the 77-meter-tall building spans an area of 30,548 square meters. Its facade is built from stainless steel and consists of 1,024 pieces manufactured by a specialized robot-assisted process.

Even the building “speaks Arabic” with its facade containing the quotes of Dubai’s ruler as rendered in the calligraphy of Emirati artist Mattar bin Lahej.

“The future belongs to those who can imagine it, design it, and execute it. It isn’t something you await, but rather create,” reads one of the quotes.

Powered by solar energy, the museum receives 4,000 megawatt-hours a year from the solar arrays mounted nearby.

Each floor is compared to a “film set from a future that you can inhabit, explore, and interact with.”

Moreover, officials are constantly reviewing the exhibitions to enhance the experience. They will update and replace the exhibits on rotation over time.

Banner Photo by Museum of the Future