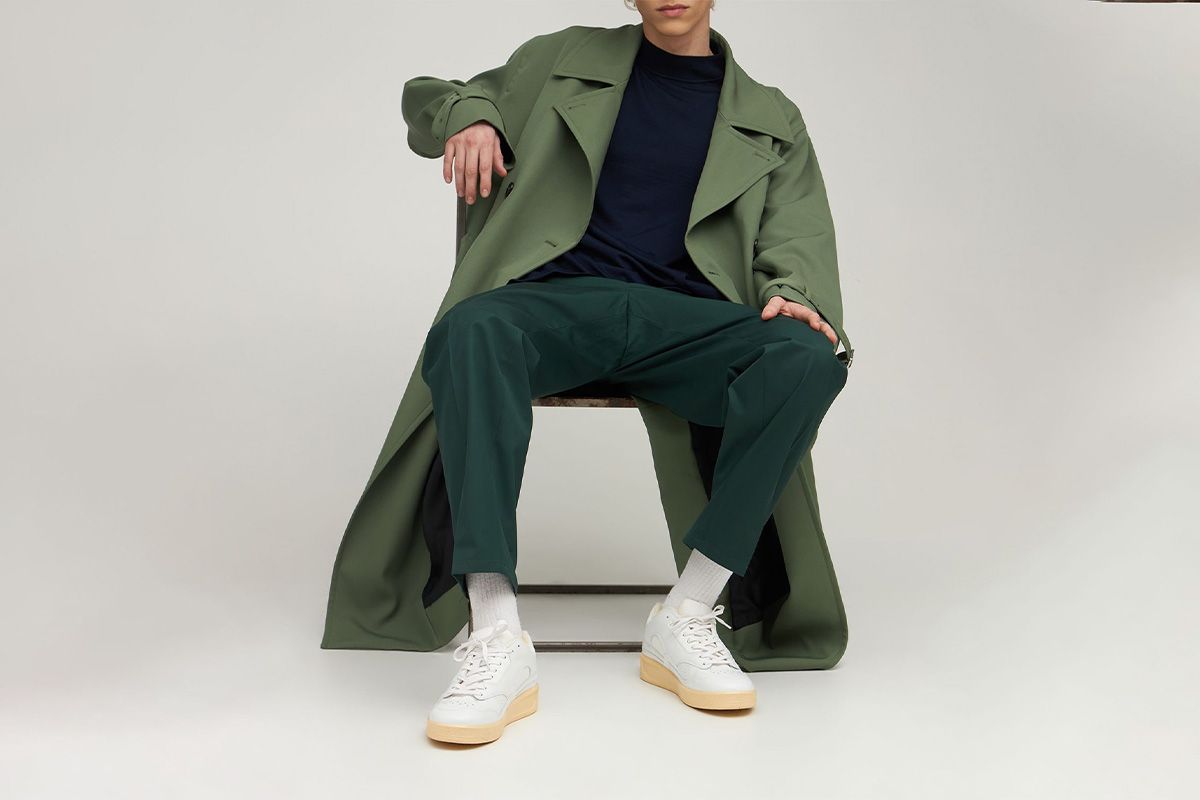 Maybe you thought the trend had passed, but actually, Normcore will always be cool. Why? For the simple fact that, at its core, it never tried to be cool. The clue’s in the name: it’s normal, everyday clothing that works. Look at the founding fathers of the style like Steve Jobs whose black turtleneck, stonewashed jeans, and New Balance 992s were picked primarily for practicality and became iconic later.

Oscar Isaacs added fuel to the Normcore fire recently when shots of his outfits from Scenes From A Marriage went viral. Immaculately styled by Miyako Bellizzi, the pastel-rendered fits dodged bold details in favor of textured wools, corduroy, and effortless tailoring. Normcore says: “I don’t need you to know how nice my clothes are, because I know.” And, by the way, when you’re sporting ensembles like Isaacs, other people know it, believe us.

This kind of effortless, practical way of dressing that focuses on craftsmanship and materials rather than overt displays of clout will always be in style. In this way, a wardrobe filled with Normcore staples is completely trendproof, so you can invest in a handful of core pieces that you know you’ll be wearing forever.

Below, we’ve picked out 9 Normcore highlights from the pages of Luisaviaroma to prove that if you thought it was a passing fad, you were totally, utterly wrong.

Shop 10 pieces of Normcore perfection below.

Italian masters like Loro Piana have been doing their understated thing for a long time. Neutral hues and subtle detailing mean that the items never call for attention, but don’t be fooled — this is made from some of the highest-end wool around.

Shades of Steve Jobs. This Dries Van Noten turtleneck is a dream when it comes to layering and the unimposing slate color is a central component to that versatility.

If you’re ever going to invest in an item of clothing, opting for something highly understated and crafted to mind-bending standards is the only way. This suede shirt by Agnona ticks both of those boxes.

This pair of sweatpants by Margiela is all about the effortless aspect of the style. Don’t take effortless to mean lacking effort, though. These are cut like a pair of tailored trousers so you never risk looking scruffy.

And if you want an actual pair of tailored trousers, Loro Piana’s City Pants are it.

Sure, a tote bag works but leveling up to a piece like this Loewe Goya Briefcase is a grown-man move.

When it comes to Normcore sneakers, there really is no pair more qualified than something from the New Balance 99X series. The 990v3 has dominated for a few years now and it’s going nowhere.

If you want to venture outside the New Balance box, though, Jil Sander’s Basket Sneakers are a subtle finishing touch to swear by.

Another staple of the style is the Birkenstock Arizona because Normcore doesn’t stop when summer arrives.

Want to keep browsing? Head to the Highsnobiety Shop for more products that we love. Highsnobiety has affiliate marketing partnerships, which means we may receive a commission from your purchase.