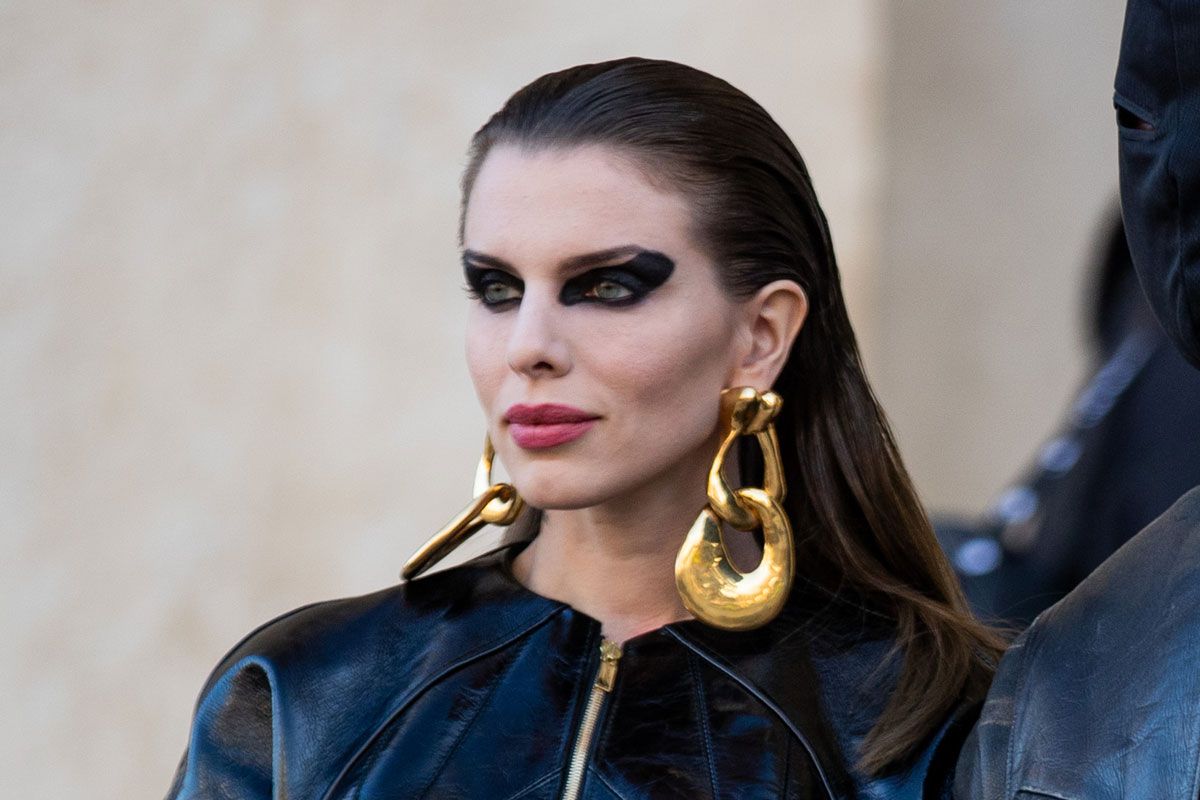 At Paris Couture Week last month, it wasn’t the opulent fashion or the industry scene that generated headlines. Instead, it was a singular woman and her heavy eye makeup that stole the show.

The internet collectively freaked when Julia Fox (who, BTW, has officially split from Ye) pulled up to Schiaparelli‘s Spring 2022 couture show in a patent leather mini-dress and equally daring makeup, expertly executed by Daniel Kolaric for Pat McGrath: graphic black eyeliner that swooped from the brow bone to the inner corner of the eye, creating a raccoon-like effect.

It was a ’60s-meets-’90s moment, equal parts grunge and glam. And for better or worse, the look isn’t going anywhere.

At New York Fashion Week, beauty revisited the ’90s, revamping the decade’s signature smokey eye for an age dictated by how anything translates to social media.

For Christian Cowan, Lori Taylor Davis created fantastically smudged, lived-in eye makeup, darkening the lids and waterline with black eyeliner and shadow. It was a more casual, effortless version of Fox’s perfectly symmetrical eye, a look that requires a precise and steady hand.

At Peter Do, Aaron de Mey also played with grungy makeup. The artist swept earthy shades of burgundy and brown across the lid and below the waterline, creating a watercolored effect.

Even Michael Kors got in on the action, sending models down the runway with intense, kohl-rimmed eyes.

And of course, there was LaQuan Smith, who tapped Fox herself to open his FW22 show. The actor-turned-“muse” flaunted dramatic, black eyeliner accented with hits of neon pink (a look created by Sheika Daley), putting an ’80s twist on her now-famous raccoon eyes.

Fox’s divisive, statement-making eye makeup has spawned plenty of memes, but in just a few months, you’ll probably be wearing it too.