Sky Pool, in London you can swim at a height of 35 meters

Having the pleasure of being able to swim in this wonderful pool could be the desire of many.

In London it is possible: in fact, a suspended swimming pool has been designed that allows you to immerse yourself directly “in the clouds”, suspended in the middle of the sky. 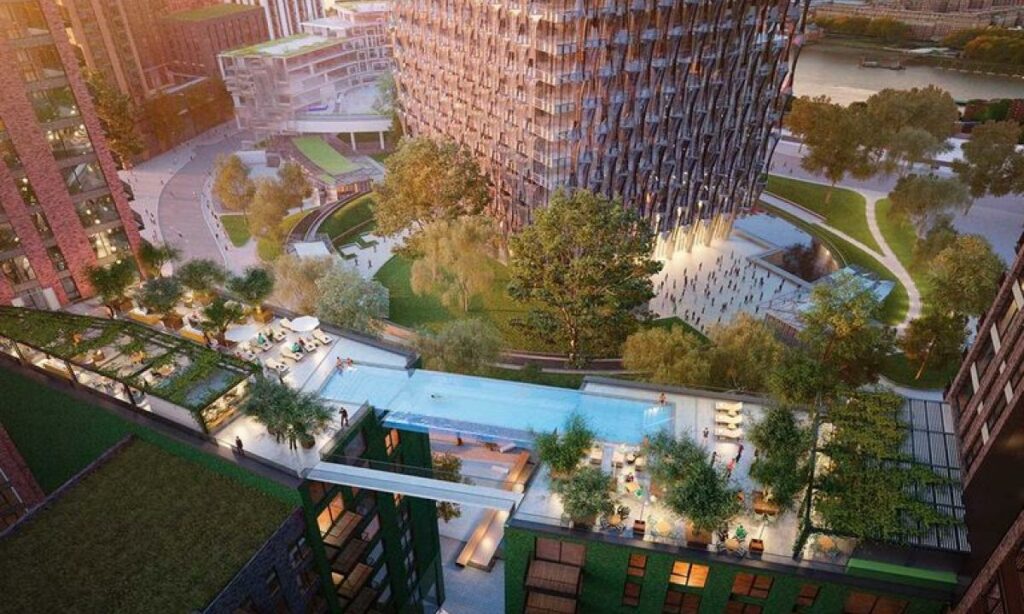 Sky Pool is the first suspended swimming pool in the world and the images of the shared project are truly breathtaking.

The extraordinary work of “sky pool” was developed by producer Sean Mulryan who explained:

We wanted to do something that had never been done before. Swimming in the sky pool will be a truly unique experience, it will seem to float in the air

The spectacular swimming pool is located between two buildings suspended at a height of 35 meters from the ground and is 25 meters long. The project is part of the redevelopment of the Nine Elms district, south of the Thames. 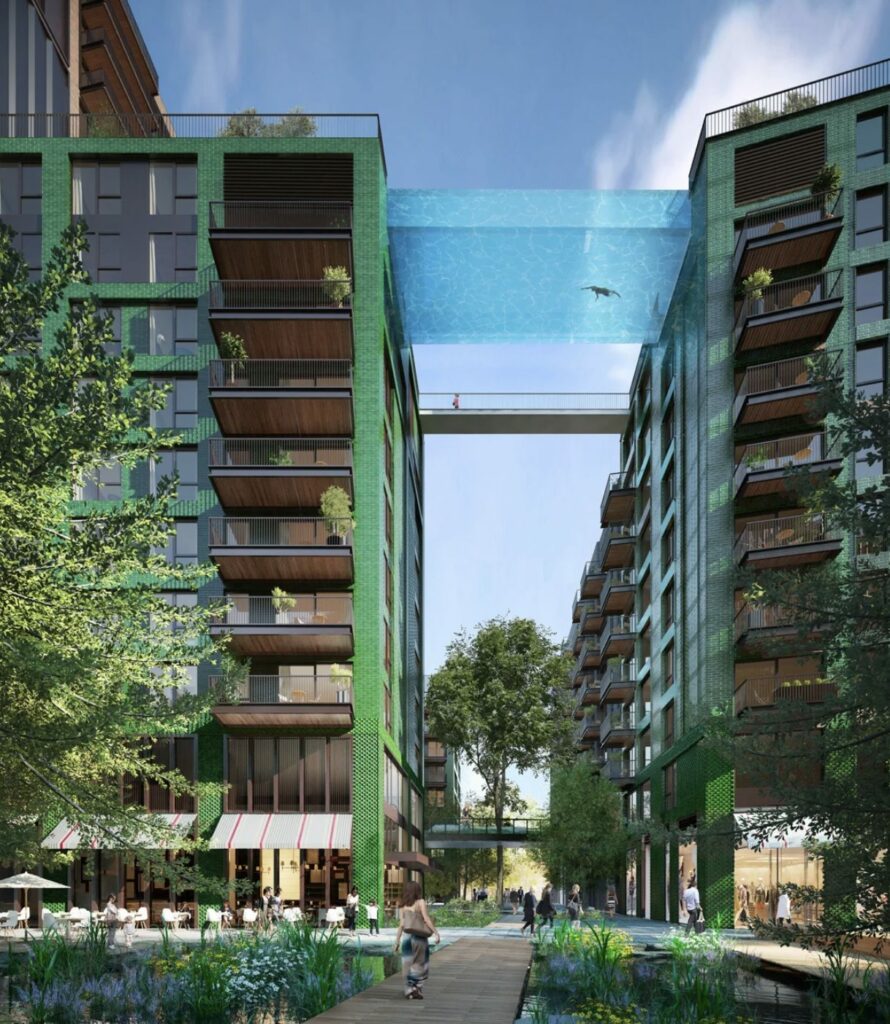 Filled with 148,000 liters of water, 10 floors above ground, Sky Pool is the first Sky Pool in the world suspended between two skyscrapers.

Sky Pool is located in the new residential district of Nine Elms, in the Vauxhall district of London, and was recently installed thanks to one of the largest mobile cranes in the world.

The 25 meter swimming pool was positioned between the two luxurious London buildings by the crane which a load capacity of 750 tons.

The acrylic structure has been subjected to rigorous hydrostatic tests: safety factors 20 times more extensive than would be done on a typical pedestrian structure or road bridge

explain the Reynolds Polymer Technology professionals who made the acrylic framework.

The attraction is part of the new Embassy Gardens residential development, which will see the construction of 2,000 homes in the regeneration area of ​​Nine Elms and Battersea Power Station in London.

The complex is located near the US Embassy and One Embassy Gardens, a commercial district that will house the giant Penguin publishing house. 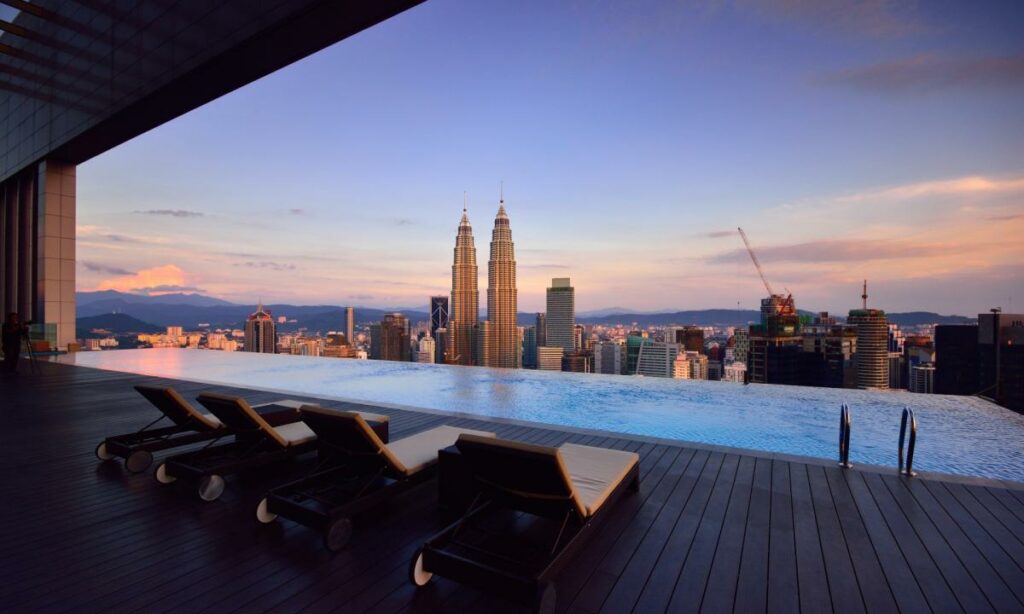 The swimming pool will be flanked by a suspended pedestrian bridge while the roof of the western tower will house a lounge, an oyster bar and an orangery.

On the skyscrapers of the Sky Pool there will also be a health club, a summer bar and an Orangery where residents can relax while admiring London’s landmarks including the Houses of Parliament, the London Eye and the US Embassy next door.