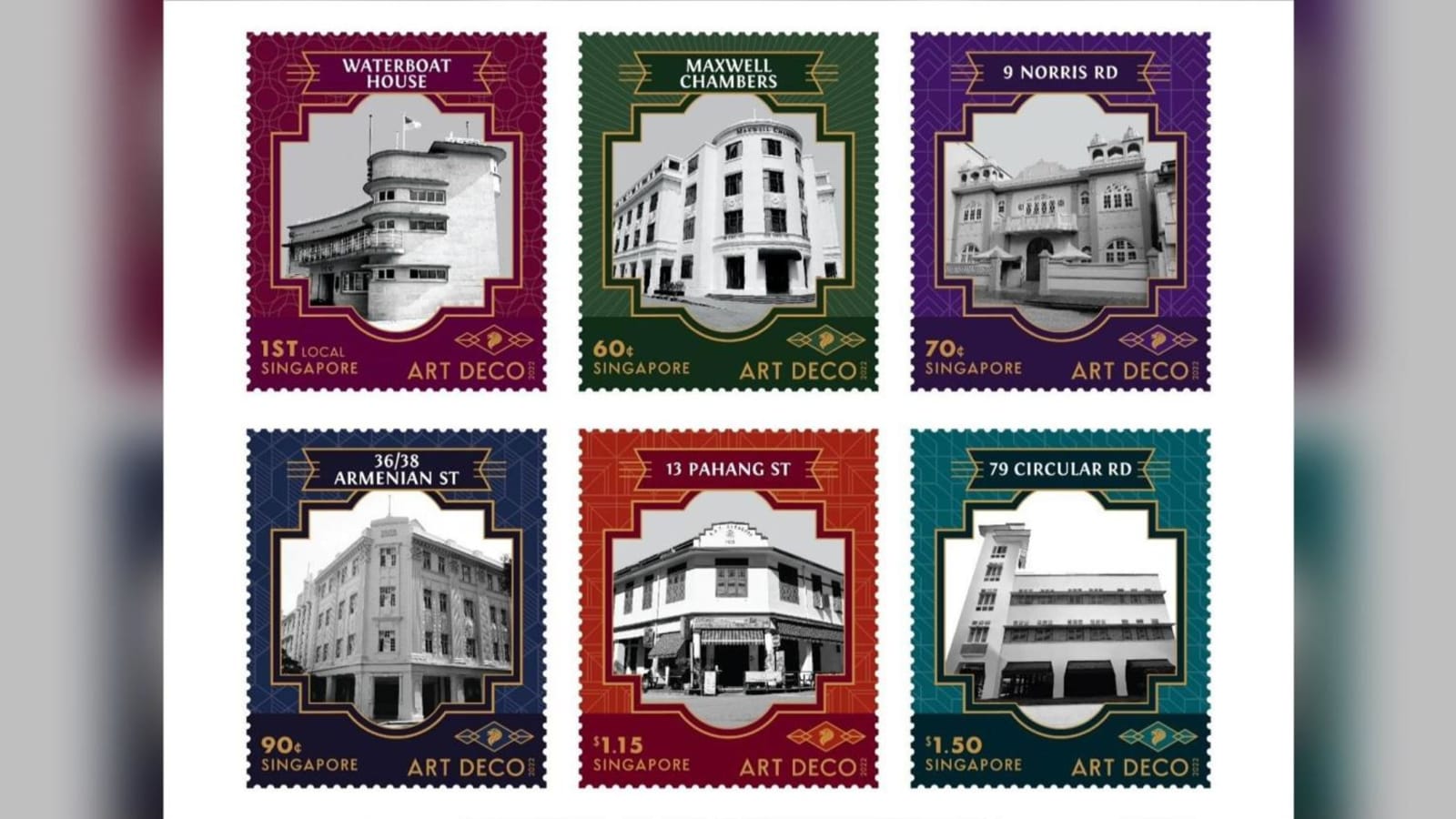 SINGAPORE: Architecture and history buffs can now get their hands on stamps featuring conservation heritage buildings in Singapore.

This comes after Singapore Post on Friday (May 27) issued a set of stamps featuring six such buildings “designed in the classic Art Deco style”.

“In Singapore, many buildings featuring the Art Deco style were built between the 1930s and 1950s, during a very exciting time in Singapore and bore witness to many social, cultural and technological progress,” said SingPost.

“Many of these buildings are also subsequently conserved, including the six buildings featured on the stamps.”

SingPost said the Art Deco architectural style has its roots in Paris from the early 1900s. The style featured clean lines, rectangular forms, and no decoration on the building facades, which is a departure from the prevailing art nouveau style of that time.

The style later influenced many parts of the world between the 1930s and 1960s.

The hallmarks of the Art Deco style can be identified by simple geometric design on the facade, and the streamlining of classical motifs such as capitals, arches and keystones.

Also a common feature is a plaque with the date of the building’s construction.

The stamps are valued between S$0.30 and S$1.50 each. Pre-cancelled First Day Covers (S$6.75) and presentation packs (S$7.85) are available at all post offices, Philatelic Stores and online.