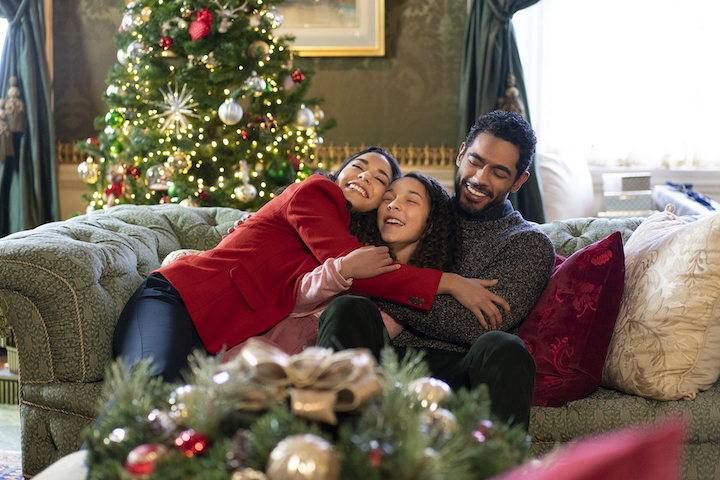 Christmas trees springing up in homes, streets decked out in glittering lights, and the lilt of joyous carols — the holiday season is officially upon us.

There’s something about this time of the year that makes everyone — even those with a taste for fine-spun films — develop an appetite for feel-good Christmas and holiday classics filled with happy endings and messages about love and family. These may not necessarily be Oscar-winning material, but they make for a welcome respite from the real world — something we all need this year. And streaming king Netflix, famed for its diverse content, has a vast selection of Christmas films that will leave you spoilt for choice. This year, it has even produced a bumper crop of new titles for you to revel in the festivities.

As concerts and events have taken a backseat, stay home and bond with your loved ones over our selection of the best Christmas movies on Netflix to revive the holiday cheer in a safer way.

Nothing like a light-hearted rom-com to kick off the holidays on a happier note.

Amber Moore (played by Rose McIver) is an aspiring journalist who scores the gig of a lifetime when she is sent to the fictional European village of Aldovia to get the scoop on Prince Richard, who is poised to be the king. Due to a case of mistaken identity, she accidentally gains access to the palace, and later to the royal secrets. As time passes, she falls in love with the prince who is portrayed as a notorious playboy by the media.

Let’s admit it — movies with happy endings are a must to keep the Yuletide spirit alive.

The Christmas Chronicles promises this and plenty of heartwarming moments. It’s produced by Chris Columbus, the director behind hits like Home Alone 1 and 2, and Harry Potter and the Sorcerer’s Stone.

When Kate and Teddy — a brother-sister duo — catch hold of Santa on Christmas eve to prove his existence, the latter’s ride breaks down and he loses all the presents. He even gets arrested. Now, it’s up to the kids to find everything that is gone, deliver all the gifts, and save Christmas.

The 2018 film proved to be a commercial success and was renewed for a sequel that released recently on Netflix. This time, a grown up Kate meets Santa again for some action, adventure and fun when a mysterious individual threatens to end Christmas forever.

Vanessa Hudgens of High School Musical fame showcases her acting range in this film franchise, which sees her taking on two roles in the first instalment and three in the second.

A young chef runs into the duchess of Montenaro — the fiancée of the prince of Belgravia — and discover they share an uncanny resemblance. Both played by Hudgens, they decide to switch lives for a couple days. All hell breaks loose when they fall in love with each other’s partners.

The 2018 film was renewed for a sequel titled The Princess Switch: Switched Again, which was released in November. This time, the duchess — who ends up inheriting the throne — needs her double to trade places again in order to prevent an evil cousin from stealing the throne.

Dolly Parton’s Christmas On The Square

Fresh from making headlines as a coronavirus vaccine sponsor, Dolly Parton is blessing us with yet another gift — a feel-good holiday film. Directed and choreographed by Debbie Allen, her musical film joined Netflix’s holiday catalogue last month.

Seasonal celebrations and holiday cheer come to a halt in the city of Scrooge when a wealthy and heartless woman decides to sell it off. Amidst this, she is visited by an angel (Parton) who tries to use music, magic and memories to change her decision.

The Netflix original gets 14 new holiday tunes penned by Parton, and is made brighter by the cast’s vibrant performances and dance sequences.

In this flick, The Vampire Diaries star Kat Grahams plays Abby, an aspiring photographer who is not too fortunate in her love and professional life. Her ill luck concludes when she inherits a special advent calendar as a Christmas present – a device that seems to predict her future every day, and even her romantic relationships.

Over the next 25 days, this mystical calendar leads her to two love interests, opportunities to pursue her dreams, and the happy ending she has always hoped for.

The “friends with benefits” concept — where people are physically intimate without being in a committed relationship — is not new to millennials. Holidate puts a spin on this by having its protagonists date each other to get rid of festive loneliness.

Starring Emma Roberts, Luke Bracey and Kristin Chenoweth, this Netflix original follows Sloane and Jackson — two people looking for a no-strings-attached companion for Christmas. While their arrangement begins with one festival, it soon extends to Easter celebrations, family dinners and holiday parties. They are initially cynical about love, but eventually find themselves falling for each other.

After making its debut in October this year, the film rose to the top-streamed section in just a week and has been so popular its screenwriter is already contemplating a sequel.

Murray is all set to host a live Christmas special on TV. However, a crazy storm outside forces most of his guests to cancel. He then ends up spending the evening with a few hotel-bound guests waiting for the snow storm to end. What follows is a dream-like plot where he runs into celebrities and enjoys a musical night with them on Christmas eve.

Standout moments include Maya Rudolph’s soulful performance of Christmas (Baby Please Come Home), and Murray and Clooney’s humorous take on Santa Claus Wants Some Lovin’. Cyrus was lauded for her rendition of Silent Night, which was named the highlight of the show by critics.

The 2015 film opened to positive reviews and also earned a nomination at the Emmys for Outstanding Television Movie.

Most Christmas movies are centred on the feel-good factor, with many likeable characters and sometimes even elements of magic. El Camino Christmas, however, offers none of this. Instead, this 2017 Netflix original is centred on a hostage situation and is peppered with dark humour and violence — making it an offbeat holiday flick for those who are not too fond of the usual cheesy classics.

Eric visits El Camino hoping to meet his father for the first time. However, he is mistaken for a drug dealer by the desert city’s law enforcement force. On Christmas eve, he finds himself locked up inside a liquor store with four strangers and nowhere to go. What follows is an immense commotion, agitation and a prolonged shootout. Spoiler — one of the store occupants is Eric’s father.

Carols add all the merriment to Christmas, however, this film features only one during its runtime — an hilariously joyless rendition of Joy To The World by the people trapped in the store.

Christmas With A View

A ski resort becomes the talk of the town when a celebrity chef, Shane Roarke (Scott Cavalheiro), is appointed to helm its kitchen. One of the staff members, Clara (Kaitlyn Leeb), isn’t too thrilled to work for her new boss. However, as she continues to cross paths with him frequently, she realises they have a lot in common.

As they get to know each other, their blooming romance gets threatened by their secret aspirations.

Christmas Inheritance, an American comedy-drama, was released on Netflix in November 2017.

An ambitious heiress stands to inherit her father’s business as a present if she successfully delivers his Christmas card to an ex-business partner. However, there’s a catch — she must travel to the small city in a bus and with only $100 in cash. While the task initially appears easy, challenges begin to come her way and snowball over time.

The to-be CEO is soon faced with a lockdown-like situation when the city faces a storm. She runs out of money and needs to find a job. While work woes and finance problems make her life miserable in the strange city, she continues to hustle until she discovers the true gift of Christmas.