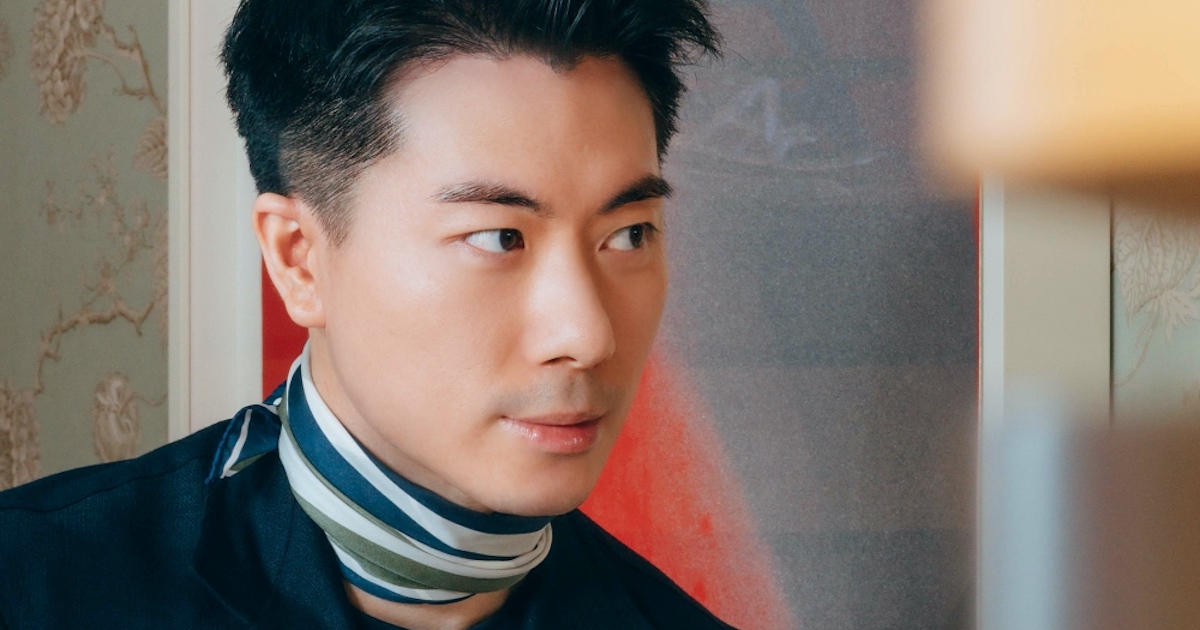 From his days of trading watches on eBay and working alongside the legendary auctioneer Aurel Bacs to gaining an appreciation for Breguet and the Type XX, Bertrand Mak tells us why craftsmanship and heritage reign supreme, while considering the many parallels he can draw from watches and his own style brand Sauvereign.

The dapper and ever-so-well-put-together Bertrand Mak developed a love and appreciation for watches when he was a teenager. In fact, he even goes so far as to say it began in his mother’s womb when his family frequently paid visits to his godfather’s watch boutique. “The seed was planted,” he says, “and 16 years later, interest began to bud. Christoph, a German boy in my year at boarding school, had a Rolex GMT- Master permanently strapped to his wrist and once generously allowed me to try it on. It was love at first wear.”

When Mak turned 18, he asked his parents for a Rolex GMT- Master for himself. “Unsurprisingly, they didn’t oblige – and instead drew on the sensible advice of my godfather and opted for an Omega Seamaster GMT.” By then, Mak had already sunk deep into the rabbit hole of collecting, developing an interest in Panerai (he bought a Radiomir with profits he made from trading on eBay and saving up his pocket money, then quickly sold it to fund a more desirable Luminor model).

“It was through this experience that I realised watches can be so much more than a mechanical device to tell time; there’s history and scholarship, emotions, a reflection of one’s taste and knowledge – and, most surprisingly of all, they can even appreciate in value. For years to follow, I’d been hunting, sometimes parting, always questing,” says Mak.

Mak’s parents were both professionals – his father was a physician – and so he never really had ambitions to be an entrepreneur or creator. With his passion for watches, he joined the auction world, where the experience informed his mindset and opened up his horizon to vintage and independents, as well as to art collecting as a whole.

He worked at Christie’s under the influential auctioneer Aurel Bacs, whose passion and knowledge, says Mak, drove him even deeper down the rabbit hole. “I was looking at and reading about watches morning, noon and night, and I conceded I had a lot of fun,” he says. “Another aspect most invaluable was the opportunity to inspect and study museum-grade pieces from past decades, understanding what original dials or cases were like at the time they left the factory.”

It was during his tenure at Christie’s that he learned about Breguet properly for the first time. “It was the tourbillon that led me to Breguet, one of the many horological inventions by Abraham-Louis Breguet. At Christie’s we’d sold a number of extremely important Breguet timepieces, including the souscription à tact pocket watch made for Joséphine Bonaparte and the souscription set of a minute- repeating, perpetual-calendar wristwatch and a perpétuelle pocket watch, as well as the Type XX from the ’50s and ’60s.”

This knowledge Mak clearly retains, as he spouts trivia after trivia about Breguet during our photoshoot, during which he wears the Classique Tourbillon Extra-Plat 5367PT, an elegant timepiece featuring an extra-thin selfwinding tourbillon and a deep blue dial, achieved only through grand feu enamelling. Mak tells us the year the tourbillon was invented (1801, if you were wondering) and spews details about the Type XX, which he admits he has a soft spot for.

“The original Type XX in 38mm stainless-steel case, military association, flyback, large luminous Arabic numerals, rotating bezel and a superb Valjoux movement,” says Mak. “For me, it ticks all the boxes. I have a weakness for chronographs, medical chronographs in particular because my papa is a physician.”

It was also during his tenure at Christie’s that he encountered independent watchmaker Kari Voutilainen, who’s known for his magnificent rose-engine-turned dials, and got to know the watchmaker himself. He even credits a visit to Voutilainen’s atelier in Môtiers as the genesis of Sauvereign, saying with conviction, “I wouldn’t be where I am today and certainly Sauvereign would never have been born.”

Following a corporate life in which he frequently found himself breaking rules, Mak discovered Rupert Sanderson and introduced the then-unknown shoemaker to the Asia market. Mak was extremely invested in the business himself, from the packaging, key visuals, the store design, to elevating the design language of the shoe, and bringing in a new bespoke concept that allowed customers to build their own unique combinations without any lead time. As the shoe label grew, so did Mak’s ambitions. No longer insecure about his own potential as a Hong Kong creator and an artist, Mak also recognised that he didn’t want to limit himself to only shoes, thus finally creating Sauvereign, with himself as owner, founder and creative head. “I recognised my ambition was never to create shoes but precious objects of art, to preserve the supreme but fading craftsmanship, bringing the best from different fields into my creations and challenging the status quo.”

Mak’s description of himself as a collector is aligned with himself as a business leader – he’s “demanding and insatiable” as a collector, prizes “quality, condition and provenance” in watches, and describes his collection as “emotional, focused, and as relevant and appealing today as it will be in 50 years”.

And in more ways than one, his passion for watches and his training at Christie’s still very much influence his mindset and approach for Sauvereign, too. “I’m fascinated by the notion of creating modern objects that can transcend time, objects that won’t easily become obsolete and can remain relevant for generations,” says Mak. “This ethos is deeply embedded in Sauvereign.”

Mak connects different artisans from around the world, from Swiss carpentry in Val-de-Travers to lacquerware in Kyoto with 360 years of history, each with a unique story to tell. It’s not unlike the watchmaking world, Mak muses. “Like a mechanical watch, a bag or a brooch or a pair of shoes bearing the Sauvereign name doesn’t only have functional purposes but emotional stimulations … Last year I introduced an innovative mechanism that allows our precious Legacy Gem buckles to be interlocked across a repertoire of Sauvereign accessories. Effectively, the Legacy Gems are the watch – case, dial and movement – and the accessories the watch strap.”