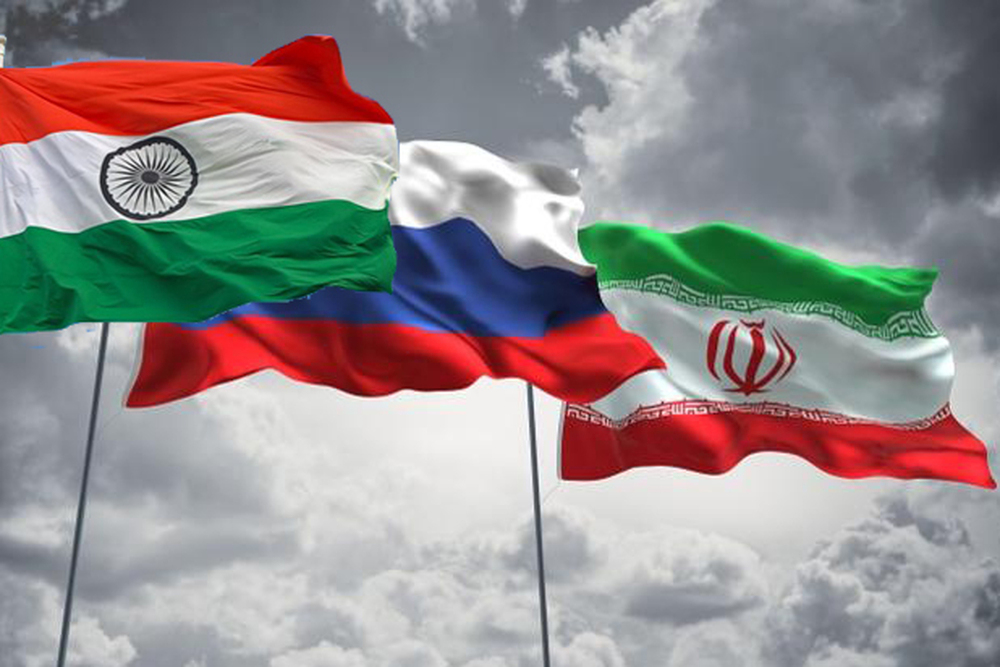 The success of this project will help the world make progress in moving past the present bi-multipolar intermediary phase of the global systemic transition and correspondingly create more opportunities for other countries to strengthen their strategic autonomy in the New Cold War.

Russian Transportation Minister Valery Savelyev just recognized the vital role that Iran plays for his country’s logistics nowadays through the North-South Transport Corridor (NSTC). According to him, the US-led West’s unprecedented sanctions that were imposed in response to Russia’s ongoing special military operation in Ukraine “have practically broken all the logistics in our country. And we are forced to look for new logistics corridors.” The primary one that his country is prioritizing is the NSTC through Iran, pointing out that three Caspian Sea ports already serve as trade conduits with the Islamic Republic while also acknowledging that there’s still a lot of work to be done on overland connectivity.

It was already predicted shortly after the onset of Russia’s special operation that Iran would become so much more important to Russia. This is because the NSTC functions as a trans-civilizational integration corridor connecting Russia’s historically Christian civilization, Iran’s Islamic one, and India’s Hindu civilization, not to mention the others such as those in Africa and Southeast Asia that can indirectly be linked to Russia via that route. It’s an irreplaceable valve from the US-led West’s economic and financial pressure that’s created such logistical difficulties for Russia in recent months, especially since it connects to India, which has defied Western pressure by continuing to practice its policy of principled neutrality.

Without Iran’s leading participation in the NSTC, Russia would be cut off from its indispensable Indian partners whose decisive intervention preemptively averted its potentially disproportionate dependence on China in the future. This outcome in turn helped the world make progress in moving past the present bi-multipolar intermediary phase of the global systemic transition to multipolarity that’s seen International Relations largely shaped by the competition between the American and Chinese superpowers. It’s now becoming increasingly possible to speak of a third pole of influence represented by the grand strategic convergence between Russia, Iran, and India.

It’s not officially acknowledged by their diplomats in order to avoid the American and/or Chinese superpowers misunderstanding their civilization-states’ intentions, but all three are informally trying to assemble a new Non-Aligned Movement (“Neo-NAM”). They hope to serve as equal centers of gravity within the third pole of influence that they hope to create for moving International Relations past its present bi-multipolar intermediary phase and towards a system of “tripolarity” that they expect to inevitably facilitate the emergence of complex multipolarity. The purpose behind doing so is to maximize their respective strategic autonomy within the New Cold War vis a vis the two superpowers. The international implications of their plan succeeding would literally be game-changing, which explains why efforts are actively underway to stop them. These have taken the form of the Associated Press leading the US-led Western Mainstream Media’s (MSM) infowar campaign against the Russian-Iranian Strategic Partnership while other outlets are waging a complementary one against the Russian-Indian Strategic Partnership. Both have failed since their leaderships are inspired by their shared multipolar conservative-sovereigntist (MCS) worldview to stay the course despite considerable pressure after their strategists presumably assured them that it’ll all be worth it in the end as long as they remain patient.

This stands in contrast to their Pakistani neighbor, which compellingly appears to be in the process of recalibrating its grand strategy and associated envisioned role in the global systemic transition following its scandalous change in government. The mixed signals that its new authorities have sent towards Russia in parallel with their enthusiastic outreach towards the US very strongly suggest that the MCS worldview previously embraced by former Prime Minister Khan is being gradually replaced to an uncertain extent by the Western-friendly unipolar liberal-globalist (ULG) one. This complicates multipolar processes in South Asia and risks isolating Pakistan from them in the worst-case scenario.

Nevertheless, Pakistan doesn’t have any intention of interfering with the NSTC even if it were to enter into a full-fledged and extremely rapid rapprochement with the US. This observation means that the grand strategic convergence between Russia, Iran, and India will continue, with those last two becoming even more important to Moscow than ever as valves from Western pressure and reliable alternatives to preemptively avert any potentially disproportionate dependence on China. Pakistan was supposed to play a complementary role in Russia’s Greater Eurasian Partnership (GEP) by also serving to balance Moscow’s growing reliance on Tehran and New Delhi, but this appears unlikely in light of recent events.

With relations practically frozen on the energy front that was envisioned as laying the basis of their hoped-for strategic partnership, there’s little chance that Russia will ever consider Pakistan to be more important to its “Ummah Pivot” than Iran is quickly becoming unless these issues are urgently resolved. In all likelihood, they probably won’t be, and this dismal prediction is due to the educated conjecture that Pakistan’s new authorities consider slowing the pace of their rapprochement with Russia to be an “acceptable unilateral concession” in exchange for continuing talks on improving ties with the US, which is their new foreign policy priority.

Even though baby steps were recently seen in restoring their relations, new Foreign Minister Bhutto’s interview with the Associated Press during his inaugural trip to America to attend a UN event and meet one-on-one with Blinken cast doubt upon Islamabad’s interest in resuming energy talks with Russia. According to the outlet, he revealed that “his focus in talks with Blinken was on increasing trade, particularly in agriculture, information technology and energy.” This suggests that America is trying to “poach” Russia’s reported deal with Pakistan for providing it with food and fuel at a 30% discount, perhaps even offering less of a discount – if any at all – as a “necessary cost” for improving ties.

The predictable outcome of Pakistan deciding not to resume energy talks with Russia is that Iran and India’s importance for Russian grand strategy will continue growing without being kept in check by the Pakistani balancing factor that Moscow had previously taken for granted. That won’t be a problem unless they politicize their role as valves from Western pressure, which they’re reluctant to do anyhow since that would risk undermining their shared MCS interests in the global systemic transition through the Neo-NAM. Nevertheless, it’s still important to point out that the practical removal of Pakistan’s balancing influence in this paradigm increases Russia’s dependence on Iran and India.

With or without Russian-Pakistani relations becoming strategic like Moscow hoped would happen and consequently helping to balance its envisioned Neo-NAM, there’s little doubt that the axis that Russia is assembling with Iran and India will continue strengthening as these three jointly pursue the creation of a third pole of influence in International Relations. The success of this project will help the world make progress in moving past the present bi-multipolar intermediary phase of the global systemic transition and correspondingly create more opportunities for other countries to strengthen their strategic autonomy in the New Cold War.