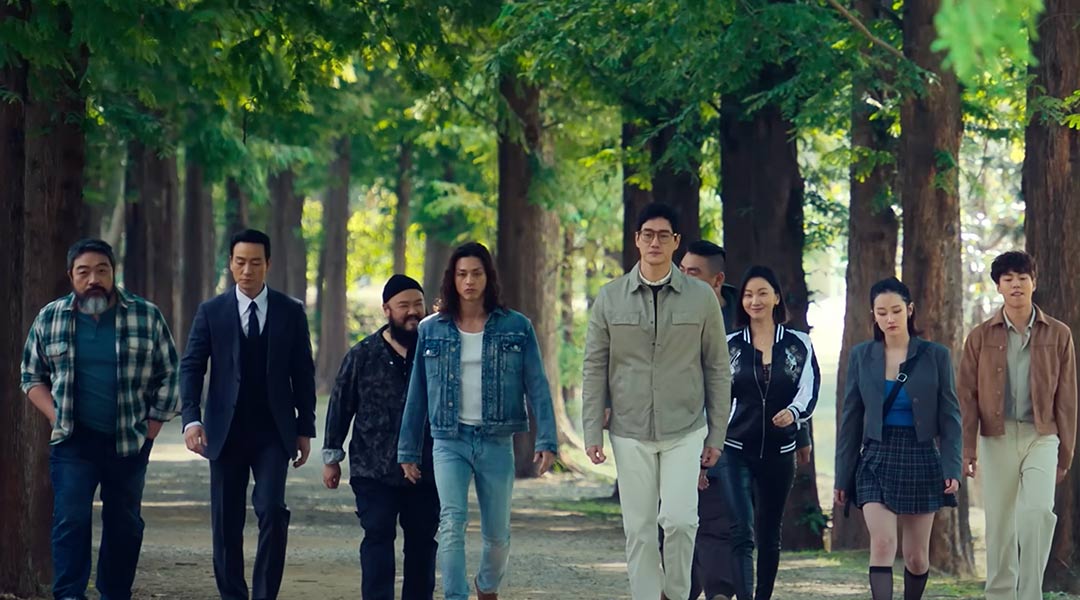 The series will center on a hostage crisis at the Korean peninsula.

Based on the hit Spanish series, the Korean production will focus on a hostage crisis situation involving a strategist and different personalities with different specializations. Here is a rundown of the cast:

Yoo Ji-tae, from the international award-winning film Old Boy, is the Professor, the mastermind behind the heist. The Professor plays a vital role in this series from the beginning, since he is responsible for organizing details and recruiting the thieves from North and South Korea.

“To me, the Professor is a genius strategist who plans the heist through his principles and visions,” Ji-tae says.

Park Hae-soo, from the global sensation Squid Game, will shift gears to portray Berlin, a cold yet brutal member of the heist. A North Korean who spent 25 years in a concentration camp, Berlin plays a field leader among the thieves during the heist.

The rebellious Berlin, who believes total control over people can only be derived from fear and division, will heighten the tension of the plot.

Jun Jong-seo plays Tokyo. She is a North Korean who immigrated to South Korea with a “Korean Dream” when the borders opened. Unlike how she imagined, her life in the South is not so dreamy, but sheer brutal. Just as she finds no hope in life, the Professor persuades her to join his master plan.

Accepting his offer, Tokyo is one of the characters who has faith in the Professor. Jong-seo sees his role as someone “whose every decision changes the entire flow of the game.”

Lee Won-jong plays Moscow, and Kim Ji-hun plays his troublesome son Denver. Moscow only dreams of living a normal life with his son.

As a South Korean miner, Moscow will be responsible for digging the heist’s grand exit. Denver, a former backstreet gang, will show his own emotional, sexy, yet friendly characteristics. Actor Kim Ji-hun, who was recently appointed to star as the main character in Netflix film Ballerina, will play this multifaceted and lively character.

Jang Yoon-ju plays Nairobi, a South Korean swindler who is an expert at making counterfeits. As previously seen in her past performances, including the film Veteran, Jang Yoon-ju will add energy to the screen.

Lee Hyun-woo brings Rio to life, a former medical school dropout who is now the genius hacker of the crew. It would be interesting to see how Lee Hyun-woo, who has shown a broad appeal from various genres in films and K-dramas, will tackle this role.

Kim Ji-hoon portrays Helsinki (aka Ko Myungtae), and Lee Kyu-ho plays Oslo. As ethnic Koreans and former members of a Chinese gang, the duo will be in charge of the team’s arsenal.