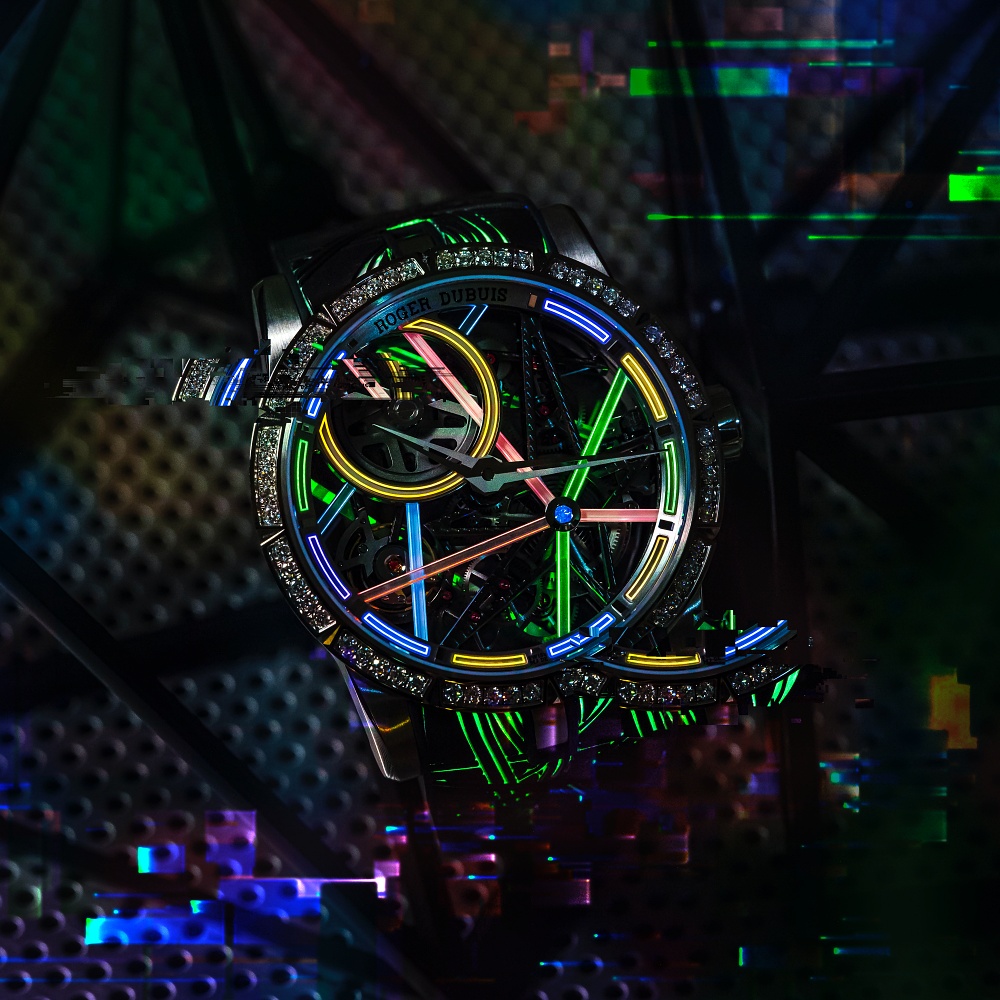 Neon signs may be fast disappearing, but that hasn’t stopped others from taking inspiration from them. Wu Chi Kai, one of the last neon sign-makers in Hong Kong, tells us how his craft has inspired Roger Dubuis to release a neon-inspired luxury watch.

Walking down the main streets of Mongkok or Tsim Sha Tsui in the 1980s and ’90s, it was hard to miss the heady burst of colour from the neon signs that hung above one’s head. The densely packed signs, in all shapes and sizes – some so large they were several storeys high – illuminated the streets, washing the pavements and stalls below in their glow. It was almost as if one were walking through Hong Kong’s busiest streets while wearing coloured glasses.

I don’t need to tell you that these signs are fast disappearing, as present-day health and safety rules deem them too precarious, and modern technology and LED lighting take their place. Nonetheless, the art form endures, guarded by the few masters who continue to hand-make the signs in their workshops.

Both an art and a science, neon making requires not only an artist’s touch but also an engineer’s mind and a scientist’s knowledge. And even during the lighting’s heyday, there were never many neon makers to begin with.

The last of the neon masters

Wu Chi Kai, one of the last neon masters left in Hong Kong, recalls that there were about 20 to 30 craftsmen when his trade was at its peak – indeed, there were so few of them then that it was possible to identify which maker was behind each sign. Today, there’s but a handful left. Wu himself has two students, but they’re mere hobbyists, not true crafters.

Wu tells me he’s been making neon signs for more than 30 years. “I joined the business when I was 18. My dad also worked in the neon industry, but as an installer, erecting the neon signs at great heights. He thought that was too dangerous for an 18-year-old, so he pushed me to make the signs instead. It started as a summer job, but it was nice to get out of school – and the boss at the time really took his time to teach me. So, I stuck with it and here I am now.”

Now in his fifties, Wu seems stoical and rather modest about his work. He’s been touted as one of the last neon makers, but feels no pressure to safeguard his craft. Instead, he maintains that once the desire for neon is gone, he’ll just move on.

“As long as there’s a need for neon signs, I’ll happily continue to make them,” he says. “But one day, if no one wants it anymore, then that’s that. There’s no need to feel sentimental, because it’s not needed any more. Why persist in doing something when there’s no need for it?”

But as neon signage has been such an intrinsic part of Hong Kong, surely there’s surely a need to conserve the craft – and not merely out of sentimentality. It’s earned its place in our collective history and though Wu may not see the appeal in it, there are others who certainly do.

Catching the eye of Roger Dubuis

One of those is Gregory Bruttin, the product strategy director at Swiss watch manufacture Roger Dubuis. Established in 1995, the brand today stands behind its own unique philosophy of hyper horology, embodying its watchmaking with an air of impertinence and an almost flagrant disregard for convention. If you wanted bold, unthinkable watches, if you wanted to be thoroughly astounded, you’d want to reach for Roger Dubuis.

Fast cars have been Roger Dubuis’ main inspiration of late: the brand has held steadfast partnerships with both Lamborghini and Pirelli for several years. But on a trip to Hong Kong two years ago, Bruttin was struck by another inspiration: the nightly splendour of neon lights that lit the city’s busy streets in extravagant and irreverent ways.

“Gregory flew over to meet me and we spoke for quite a bit,” Wu recalls. “I told him about what the streets in Hong Kong used to look like with the neon lights. I told him what colours we primarily used – the reds, blues, greens and yellow. Things like that.”

Bruttin also witnessed first-hand the complexities that went into making neon signs when he visited Wu’s workshop. Building a neon sign begins and ends with a line drawing and a long, thin tube of glass. Wu uses fire to soften the glass, then deftly puffs air into the tubes, while coaxing the glass into intricate twists and turns to form the desired shape. And then, once the shape is complete, the tubes are filled with neon gases that glow with an electric charge. Done in the right manner, these neon signs can last 10 to 20 years, the illuminated colours just as bright as the day when they left the workshop.

Armed with this knowledge, Roger Dubuis launched its latest piece of watchmaking artistry, the Excalibur Blacklight, inspired by the kaleidoscope of colours from the neon signs. By day, the watch is black and white. The white-gold case is set with diamonds on the bezel, with an open-worked dial and a black rubber strap. But at night, the piece glows in the dark in luminous rainbow colours.

Unlike neon signs filled with neon gases that react with electricity, the luminous glow on the watch is achieved by a web of crystalline UV-reactive sapphire micro-structures that are woven into the skeletonised calibre of the watch. There are only eight pieces in the world.

The watch was revealed for the first time during our meeting, which was also the first time that Wu laid eyes on it. As we turned off the lights, the watch came alive under the UV torch. Wu’s eyes lit up too.

“It gives me a sense of pride when I see the watch,” he admits. “Because I know the inspiration for the timepiece was neon signs. To know that Gregory was inspired enough by the neon signs to create this timepiece is quite touching.”

I prod him one final time. Does this make him feel like his craft is worth safeguarding after all? He pauses, mulling over the question. “In recent years, there are more friends who seem to care about process of making neon signs and to learn its history – and that does make me feel proud,” he says. “It’s nice to know that something considered outdated, of a past era, is now making a comeback, and getting media exposure. It does make me quite happy.”