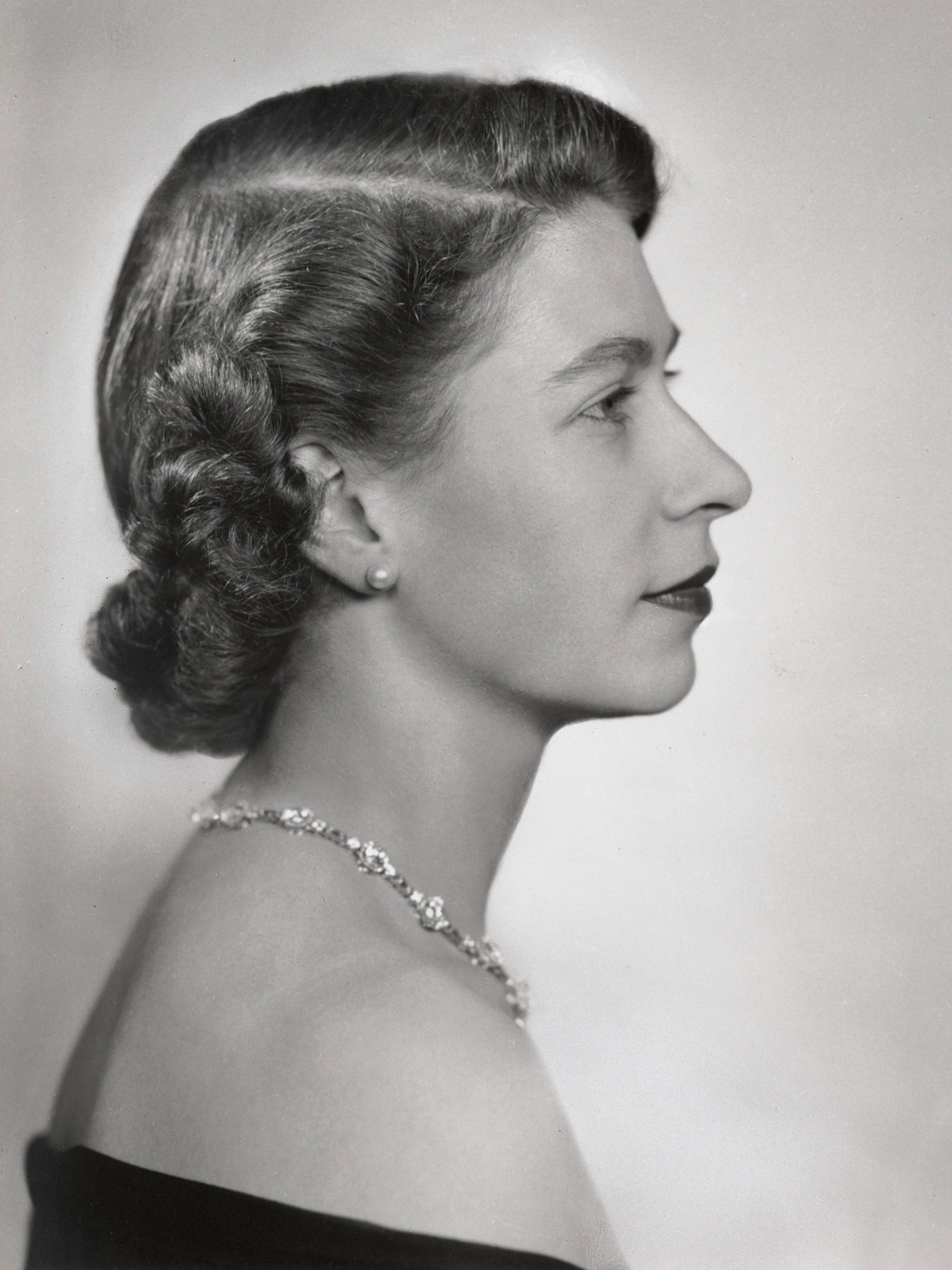 The RCT explained that the Queen was captured by Wilding on 26 February 1952, just 20 days after she ascended to the throne. This made the commission a particularly significant one, marking the first official photographic sitting a photographer was granted with the new monarch.

Wilding captured 59 photos of the young Queen, showing her with her hair coiled into an elaborate up-do, wearing an off-the-shoulder dress, paired with single pearl earrings and her South Africa Necklace. The necklace was presented to the then Princess Elizabeth in 1947, as a 21st birthday gift from the Government of the Union of South Africa. Five years later it was adapted, shortened to 15 large stones, as shown in the photographs by Wilding.

It was this series of images that were used as the model for the Queen’s likeness on postage stamps between 1953 and 1971, as well as providing the official portrait of the monarch which was dispatched to British embassies across the globe. 24 of the portraits will be on display as part of the the 2022 Summer Opening of the State Rooms at Buckingham Palace this year, along with the very same jewels worn by the Queen in the images.

Wilding was a fitting choice for the high-profile shoot, having previously photographed Royal Family members including a young Prince George (later the Duke of Kent); and Elizabeth’s own parents, becoming the first woman to be awarded a Royal Warrant to be official photographer to a king and queen at their coronation. Although English herself, Wilding also photographed a number of film stars and celebrities both sides of the Atlantic, including Noël Coward, Cecil Beaton, Vivien Leigh, Anna May Wong, Tallulah Bankhead, Nancy Astor, Gertrude Lawrence and Sir Norman Hartnell.