You’d think that there isn’t much ground left to be broken in the world of smartphones, but Apple is giving it a shot.

Review: The iPhone 12 Pro is an upgrade that’s easily ahead of its time

For the most part, they’re pretty similar: all of them are 5G-ready, powered by the A14 Bionic smartphone chip (the fastest in the world), run on iOS 14 (you can finally add widgets to your home screen like an Android user!), and are compatible with Apple’s new MagSafe wireless charging technology (more on that later).

While it’s tempting to assume that the 12 Pro Max, priced from S$1,799, is the best of the lot, we’d like to make the case for the entry-level iPhone 12 Mini. Think of it as the David to the 12 Pro Max’s Goliath. It’s small, mighty, and it captures the essence of the first iPhone that changed the world 13 years ago. Here’s why. 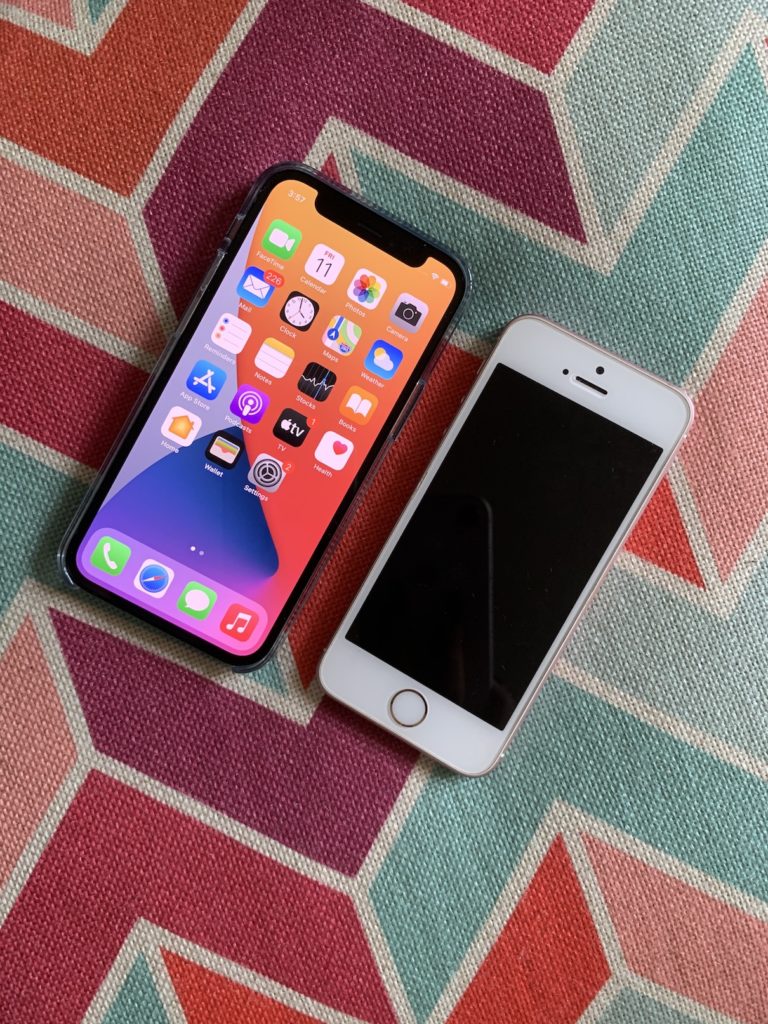 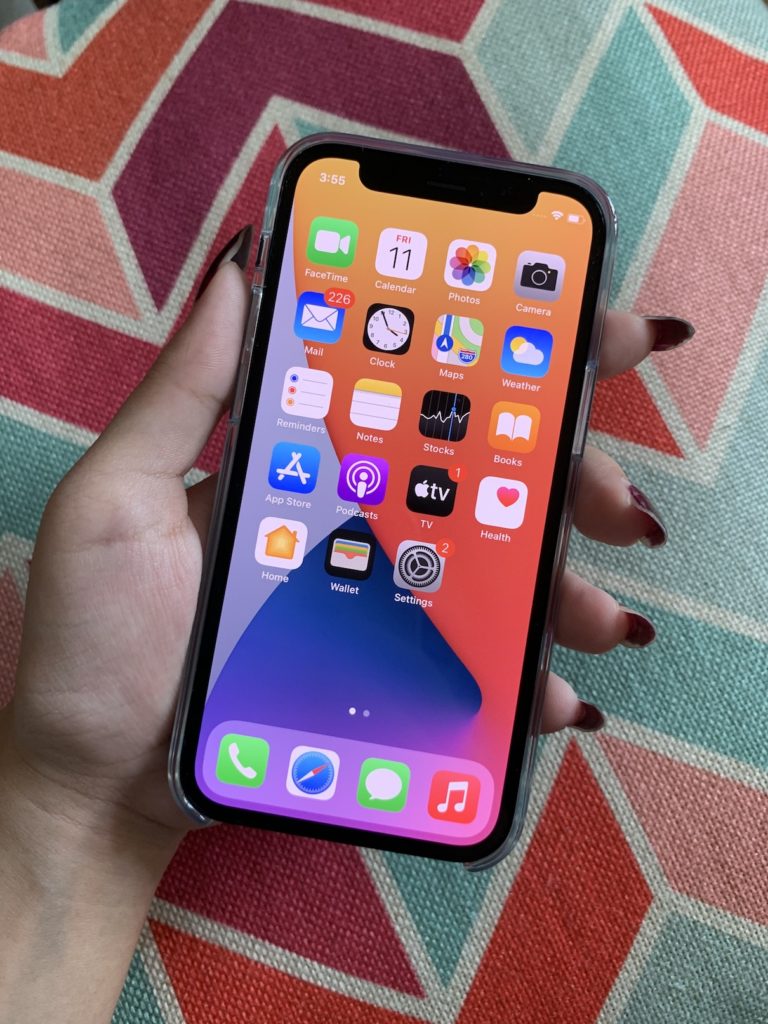 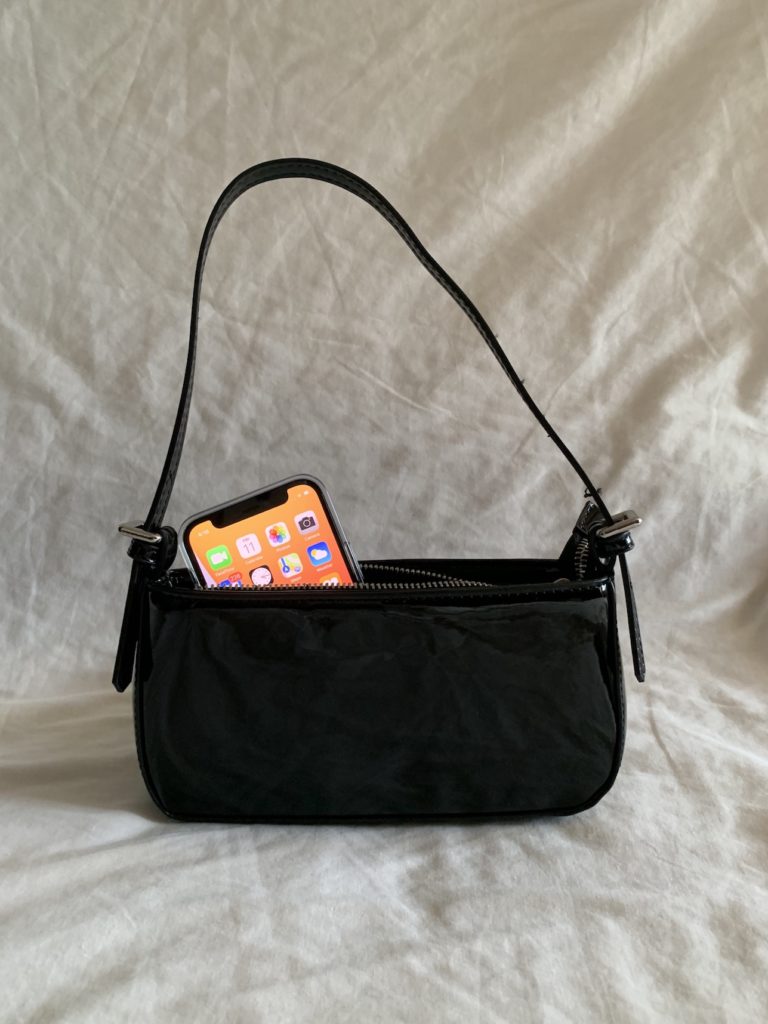 As the smallest, thinnest, and lightest 5G smartphone in the world, the iPhone 12 Mini simply shrugs at the notion that bigger is better.

Sure, with its 5.4-inch display, it’s a little bigger than the equally budget-friendly iPhone SE (both the 2016 version and the one that came out this year). But of all these compact offerings from Apple, the 12 Mini feels the most comfortable for my small hands to use.

I could type out messages with one hand, a feat that I have not pulled off in years. In fact, I could simply use the phone just like that, even without turning to the Reachability feature. Typing on the 12 Mini with both hands, as I have been conditioned to do with my own phablet, also felt natural — something I didn’t get from the iPhone SEs. Size aside, the 12 Mini’s sleek aluminium edges and and rounded corners likely had a lot to do with my seamless experience using the phone.

Here is a device that fits perfectly in your palm and slides into your pockets, as Steve Jobs had first intended the iPhone to do. But not even he could have foreseen the rise of mini bags, which the 12 Mini seems to be built for. The phone slipped easily into my petite purse and — get this — still left room to spare.

For once, I could actually go hands-free. I was liberated, no longer a tech-hungry animal chained to my device. I could shave minutes off my Screen Time count. Of course, that only made me want to take the 12 Mini with me everywhere. 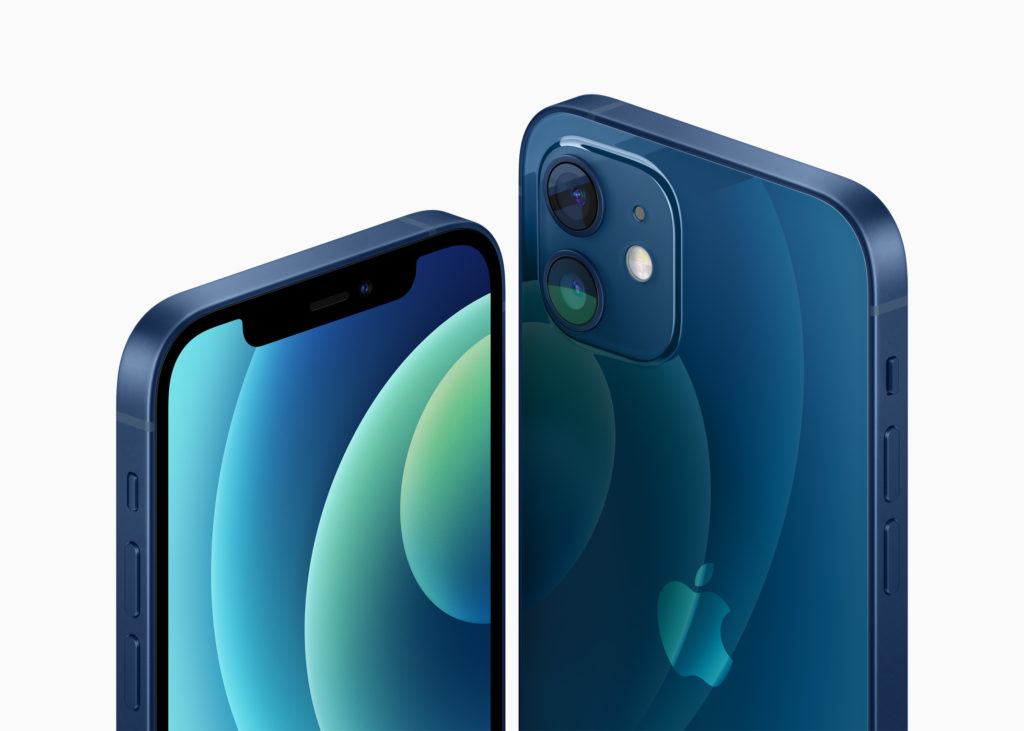 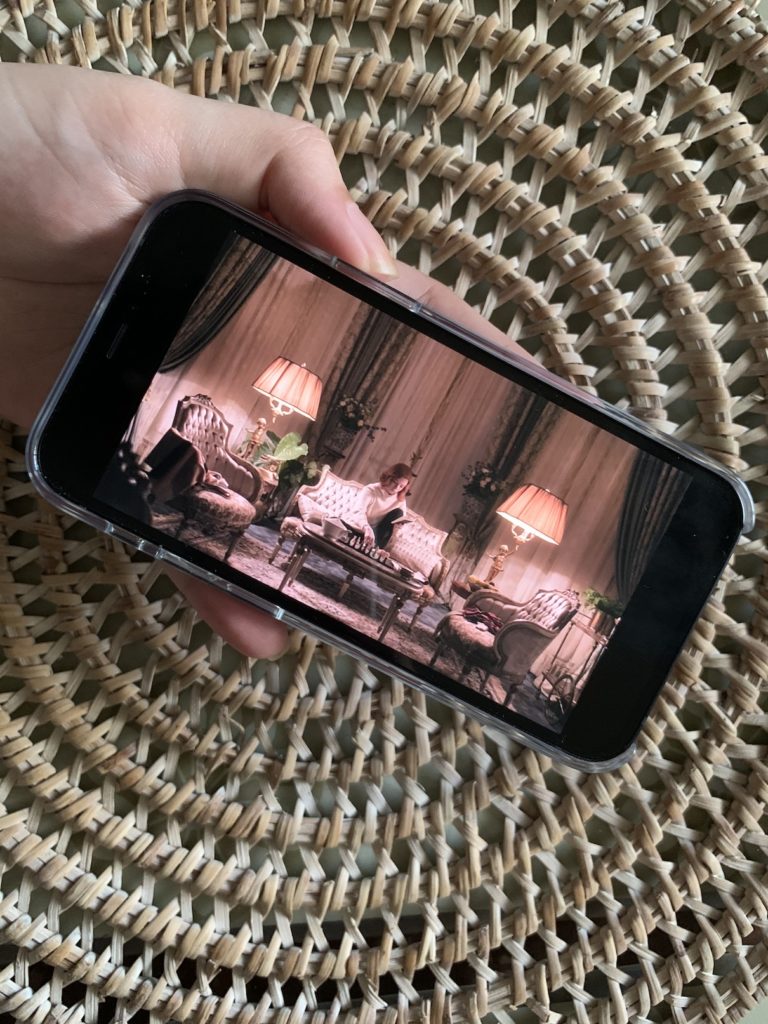 That’s thanks to the OLED display that Apple designed for all of its iPhone 12 models, which comes with a higher resolution and a higher contrast than your regular LCD screens. It’s also brighter than any screen the iPhone has ever had.

On the 12 Mini screen, colours are shown in all their brilliance. The blacks really are black — Anish Kapoor’s mouth would water — but you could also make out the details in the darker spots of photos. I scrolled through Instagram with brand new eyes.

The vivid display also made videos come alive, something that you’ll appreciate if you’re always on Netflix, Apple TV+ or YouTube. I’m not too crazy about watching shows on a handheld device myself — they’re not made for those screens! — but I found that I could still enjoy a couple of cinematic episodes of The Queen’s Gambit on the iPhone 12 Mini. (You scoff, but consider that the first iPhone, in all its 3.5 inch glory, was once marketed as “the ultimate way to watch TV shows and movies on a pocketable device” — and the world more or less agreed.)

The iPhone 12 Mini screen also comes with plenty of room to play with, given that it’s not cramped by a Home button like on the iPhone SEs. That makes it great for reading articles, typing out profound observations on the Notes app, or navigating endless work email threads. Despite its size, you don’t feel like you’re using a toy to get your work done.

In fact, Apple more or less meant business in making this supercharged smartphone. The 12 Mini, like the other iPhone 12 models, is protected by Apple’s new “Ceramic Shield”, which is tougher than any other smartphone glass on the market. You could drop the iPhone and there’s a much higher chance than before that you won’t end up with a web-like crack on your screen. That said, please don’t drop your iPhone. 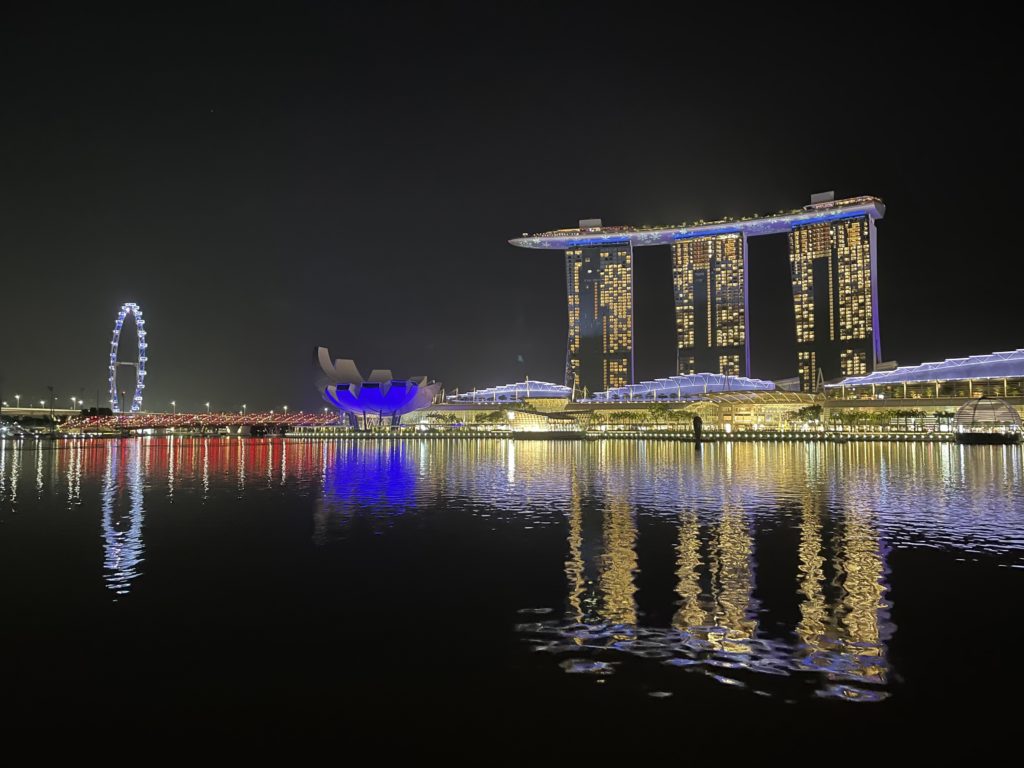 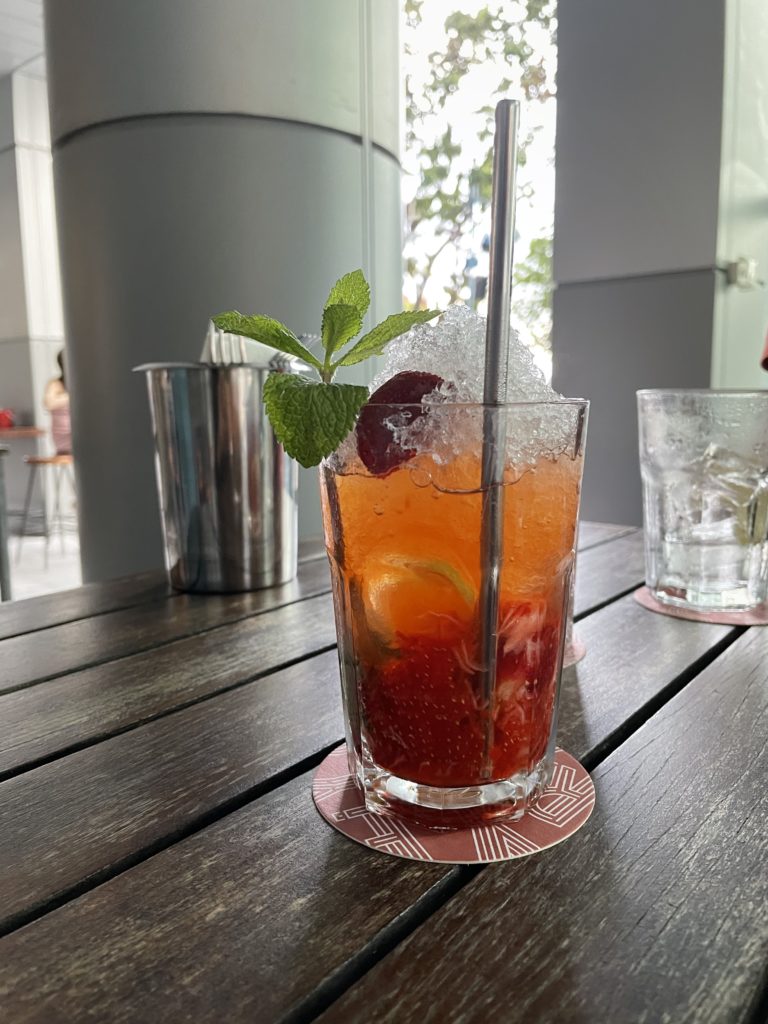 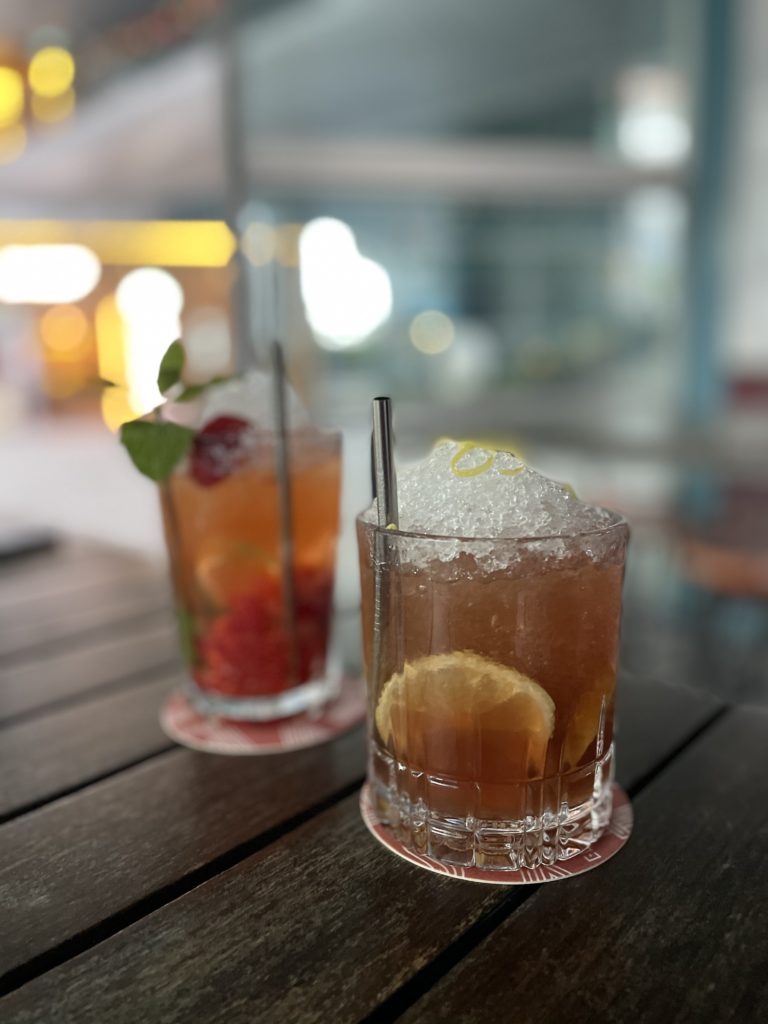 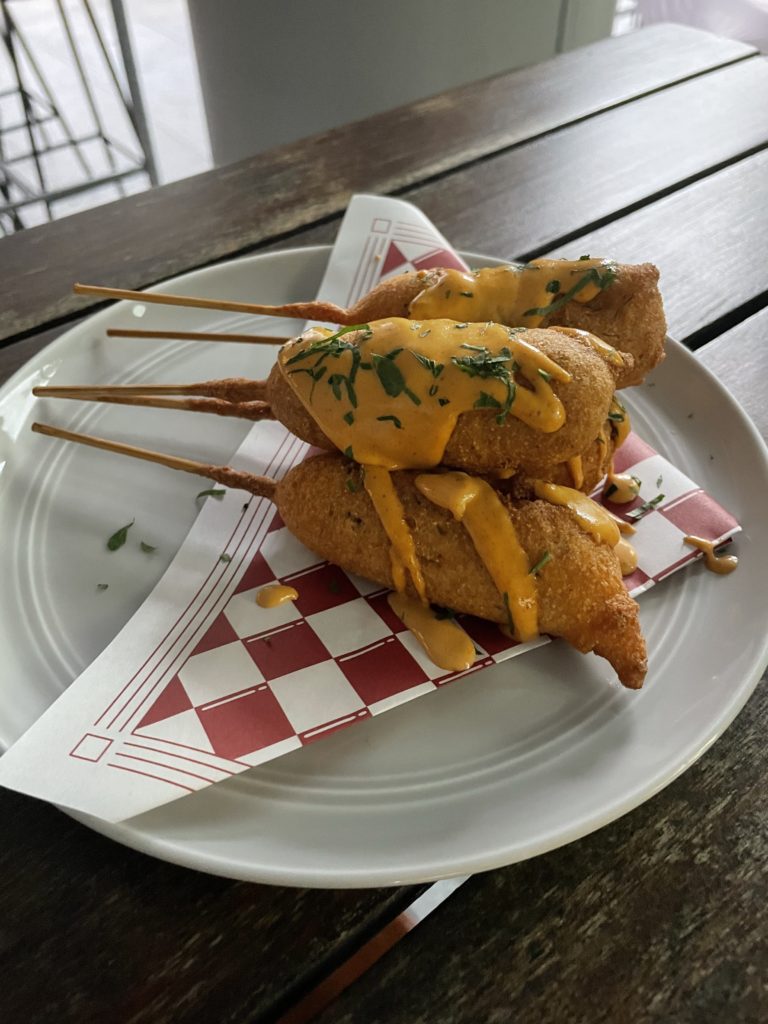 Look, you already know that the iPhone camera is great, but on the iPhone 12 Mini, it’s even better.

That’s the magic of the new dual-camera system, which is the same one you’ll find on the iPhone 12. It’s just a lot better snapping photos on the very handy 12 Mini; you’re not fumbling around to grip the phone right and shoot your shot.

The results are always spectacular. The new Wide camera on the back has the fastest aperture on any iPhone, so it captures what you see in life-like detail and all the richness of colour that I talked about earlier. The Ultra Wide camera, first introduced in the iPhone 11, lets you do all that with a landscape; the camera automatically corrects the edges of your panoramic photo to make it appear more natural. The TrueDepth camera, meanwhile, turns every selfie into either a work of art or a precise portrait of all your imperfections. This depends entirely on your skincare routine.

All your photos are also really bright — sometimes brighter than reality — even when you’re shooting in the dark. Night Mode kicks in on all the cameras now, so you get sharper and smoother photos. I tried it out on the city skyline and I was stunned by the results. Real life should look that good.

Shooting video on the iPhone 12 Mini is just as impressive, if not better. I mean, the phone’s camera is the first in the world to record with Dolby Vision, the same video technology that brought The Matrix, 2001: A Space Odyssey and Game of Thrones to life. It’s unlikely that any of us will ever film anything as significant as those titles, but the 12 Mini nonetheless offers you the option.

Here’s the one downside: a smaller phone comes with a smaller battery. That means that the iPhone 12 Mini is not going to last you as long as the regular iPhone 12, but it has enough power to let you go a day and a half without charging. Maybe even longer if you have a balanced life and aren’t always on your phone. Or you’re running Low Power Mode.

Another not-so-fun bit: the iPhone 12 Mini doesn’t come with a charger. What’s in the box, you ask? Only a USB-C to Lightning cable. In my case, it’s still in the box; I ended up plugging the phone into an all-in-one iPhone 11 Pro Max charger that I owned instead.

The minimalist approach to packaging is Apple’s attempt at saving the planet. It’s also a way to get you on board using their new MagSafe accessories, which lets you charge your iPhone 12 devices wirelessly for twice the amount of time that a wired power adapter would. But hey, Apple has some pretty phone cases to go with those MagSafe chargers.

When the iPhone first came out in 2007, it was meant to pack all the features you would need — personally and professionally — into a “small and lightweight handheld device”. The iPhone 12 Mini does that, and more. It’s super fast. It offers all the latest apps and functions that you can get on an iPhone. It will let you shoot the next great blockbuster film, or watch it on its sleek screen. And it fits right in your pocket.

For all the fuss about iPhone 12 Mini’s size, there wasn’t much of a sacrifice made for it. The phone performs just as fantastically as all the other new iPhone 12 models. The only thing it lacks, in my opinion, is a charger and a headphone jack. But perhaps those things will one day become obsolete, if Apple has its way.

Regardless, I loved using the iPhone 12 Mini. That’s something, coming from someone who would much rather be on her laptop than fiddling with her phone. If you know someone else who’ll feel the same way, consider getting them the phone as a Christmas gift.

The iPhone 12 Mini is now available at all Apple stores, retailers and on apple.com.

The post Review: The iPhone 12 Mini has everything that you could ask of Apple’s iconic phone appeared first on Lifestyle Asia Singapore.