Plus two things we didn’t like about the Samsung Galaxy Buds Pro.

It may seem like Samsung is jumping the gun by releasing the Samsung Galaxy Buds Pro mere months after releasing the Galaxy Buds Live, but the former has more upgrades that make it a better investment at RM799. But that’s not all — after testing the Galaxy Buds Pro for close to two weeks, I’m thrilled to say that will be your ideal companion when you’re working from home and working out. If you have a Samsung smartphone, even better — you’re going to be able to get the fullest use out of these wireless earbuds.

The look and feel

From a design aspect, Samsung has surprisingly deviated from its bean-shaped earbuds, opting for a rounder silhouette. The former has been shown to sit snugly in the curve of the ear, while this new one surprisingly protrudes out a little. However, it’s fair to note that not all ears are designed the same. It also comes with three additional sizes of earbud tips for a better fit, which is crucial for you to get the most out of the ANC feature. The Galaxy Buds Pro come in three colourways: Phantom Violet, Phantom Black, and Phantom Silver, matching the Samsung Galaxy S21 smartphones. The case is compact and supports both USB-C charging and wireless charging, although the latter will take longer to charge. I should also mention that the Galaxy Buds Pro comes with a USB 3.0 to USB-C charging cable — a much better option that the Samsung Galaxy S21 Ultra.

Obviously, you’ll want your earphones to have good sound quality. If you’re splashing out RM799 on a pair, it has to be good. Thankfully, the Galaxy Buds Pro lives up to its price and then some more. These earbuds have a two-way speaker, which essentially means that there is a separate woofer and tweeter in each earpiece for the best spatial sound system. It has an 11 mm woofer for deeper bass and a 6.5 mm tweeter for a crisp treble with minimum distortion — these paired together make for an overall good sound system, whether you’re listening to some intense trap music, upbeat pop, or a podcast. It’s also worth noting that the earbuds can also be used independently on each side, in case you need to keep an ear out for your surroundings.

Wireless earbuds: How great can it be compared to its wired counterpart?

Montblanc debuts its first pair of smart headphones, the MB 01

If you’re living with other people while working from home, chances are it’s fairly difficult to get some peace and quiet. Thank goodness for noise-cancelling earphones, although once upon a time the feature was best utilised while travelling. While you won’t get the same full ANC standards as you would with over-ear headphones, the Galaxy Buds Pro offers a pretty good alternative — be sure to pick the right earbud tips for a good seal. When I tested the noise-cancelling feature out, general ambient noise was blocked out. Anything else like louder like a vacuum cleaner in the same room definitely won’t go unnoticed. When paired with any other smartphone that doesn’t support the Galaxy Wearable App, you only have the option of turning the ANC on and off. When used via the app, however, you get to adjust the level of noise-cancellation you’d like, whether low or high.

I was more than pleased with the battery life of these wireless earbuds. Specifications state that the earbuds can last as long as five hours with ANC turned on and eight hours without ANC. With regular everyday use, I found that it was more than sufficient, especially if you’re like me and don’t necessarily want to have your ears plugged in all hours of the day. When you’re on the go, the case more than makes up for charging the wireless earbuds quickly several times without the case itself needing to be charged. 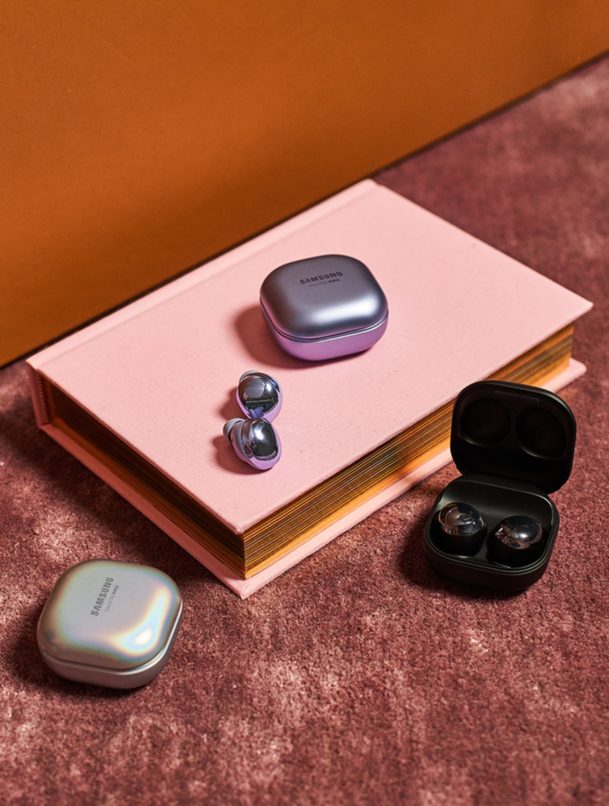 Now here’s a nifty feature that Samsung decided to add to the Galaxy Buds Pro: water-resistance. Note that it’s not just splash-proof or sweat-resistant, but actually water-resistant up to IPX7. This means that you can easily wear this while swimming in freshwater or showering without damaging the earbuds. While I won’t do those because I worry they may drop out and I lose them forever, in real-world situations, the IPX7 rating will be extremely ideal for clumsiness. Accidentally dropped your earbuds in the kitchen sink filled with water? No worries. Spilt some liquid on your Galaxy Buds Pro? No sweat — everything is fine.

On the topic of clumsiness, if you constantly misplace things, you’ll definitely appreciate the SmartThings Find feature available on the Galaxy Buds Pro. With the SmartThings app, you’ll be able to find your wireless earbuds even it’s out of Bluetooth range or in a distant location. One caveat is that the app is only available on Samsung Galaxy smartphones. 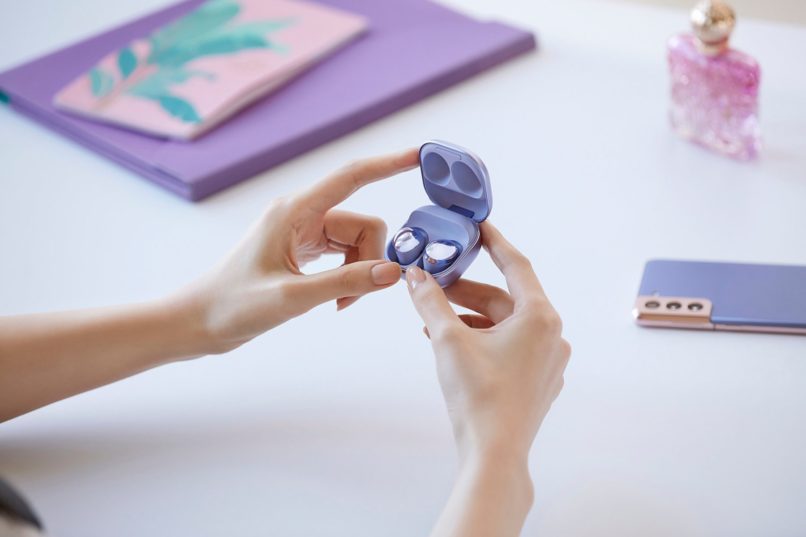 No product is perfect, so here are some features on the Samsung Galaxy Buds Pro that I did not appreciate. The Galaxy Buds Pro uses touch sensors to operate; tap once to pause, and tap and hold to activate ANC. These two features were accidentally activated the most, especially when I was attempting to put in or adjust my earbuds.

Is the Samsung Galaxy Buds Pro worth splashing RM799 for? It’s definitely more affordable than its direct competitor and provides a wide range of features perfect for today’s world. Its design is stylish and the sound quality is better than average. If you need a “work from home” buddy, this will be a good companion.