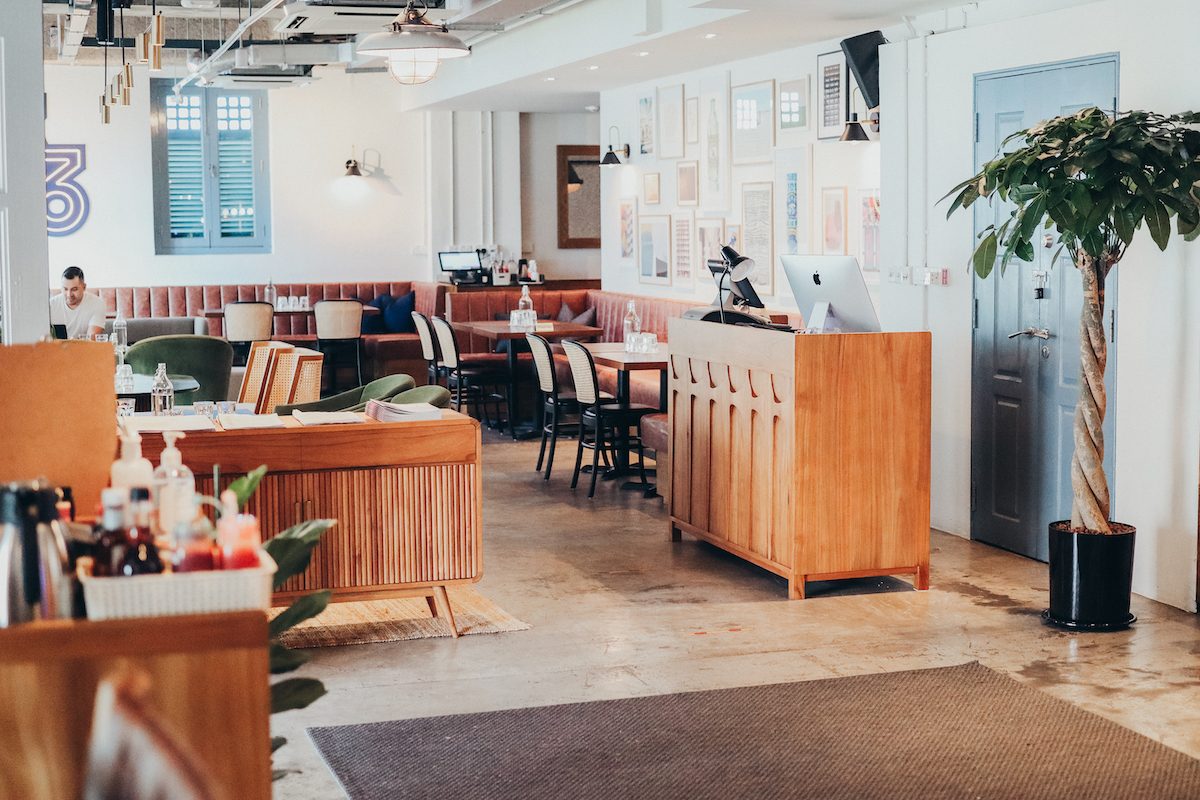 Little Creatures on Mohamed Ali Lane was a testament to the strength of Singapore’s craft beer scene when it opened in 2017, with brewing drums, kits and ideas in tow.

But the relentless tragedy of Covid-19 didn’t do any favours for the Australian restaurant-microbrewery, and it brought down the shutters in June this year.

Carrying the torch of Little Creatures is Lion Brewery Co, which has recently taken over the space with a new concept that honours its predecessor. The brewing facility, along with its acclaimed in-house brewer Greg Brown, remains. Not much has changed in the layout, too, though the new Thirty Six Brewlab & Smokehouse is considerably brighter and more refined, with art-filled walls, lots of plants and furnishings in calming earthy hues.

Craft beer is still the main draw here. Fresh from the 23 taps are Lion Brewery Co’s flagship and seasonal brews, rotating guest labels, and beers brewed on site at the 500-litre microbrewery. In the works are collaborations with other regional and local brewers on future styles. This means that there will always be something new to discover at Thirty Six, so go with a sense of adventure. For creatures of habit, Lion Brewery Co’s signature German-style pilsner Island Lager and Straits Pale Ale, a refreshing, crisp amber nectar with notes of lychee and citrus fruits, are permanent. If you’re planning to visit soon, try the Brewlab’s own Raspberry Beer-et, a Berliner Weisse bursting with bright, tangy flavours, and the Something Something, an American Pale Ale with citra, simcoe and cascade hops. Both are available on a rotational basis. It’s a good idea to come with an empty stomach, because the menu, centred around open-flame grilling on a custom-built brick hearth, is full of joyous caramelisation and hefty flavours. Among the starters at Thirty Six there’s a scotch egg with nduja, regular sausage and Impossible meat served with housemade sriracha sauce to offer a kick, as well as aromatic spicy pork belly satay, marinated with a mix of sambal, chilli padi, shallots and kicap manis and grilled upon order.

The mains are where the real action is. A small head of cauliflower, seasoned with turmeric, ginger, black peppercorn, is licked by the flames after it’s been steamed for a crisp, slightly charred exterior and a juicy, sweet bite. It’s laid on seasoned cauliflower rice and finished with a sprinkle of leek ash to enhance its smokiness. Slabs of beef short rib are marinated in soy sauce, chilli, garlic and shallots for a day, sous-vide for 9 or so hours to make it pleasingly soft, then given an open-flame grilling. It’s glazed with a reduction of the original marinade and served with Thirty Six’s special chimichurri sauce. For light against the shade, there’s a simple tender charred broccolini lightly touched with salt, pepper and fresh lemon juice. Should you crave for a good old fish and chips (craft beer can have that effect), Thirty Six makes a decent plate with the catch of the day encased in a light, crispy beer batter that is made fresh everyday with Lion Brewery Co’s Straits Pale Ale for a stronger flavour.

Sweets are limited, but there’s a well-made pandan version of a burnt cheesecake topped with raspberries and a coconut meringue. Naturally, gelato is also on the menu and comes in three scoops – vanilla, chocolate and strawberry. The chocolate brownie is dressed with salted caramel sauce, chopped candied walnuts and salted caramel gelato. Best of all, prices are keen, which certainly doesn’t hurt for quality like this.