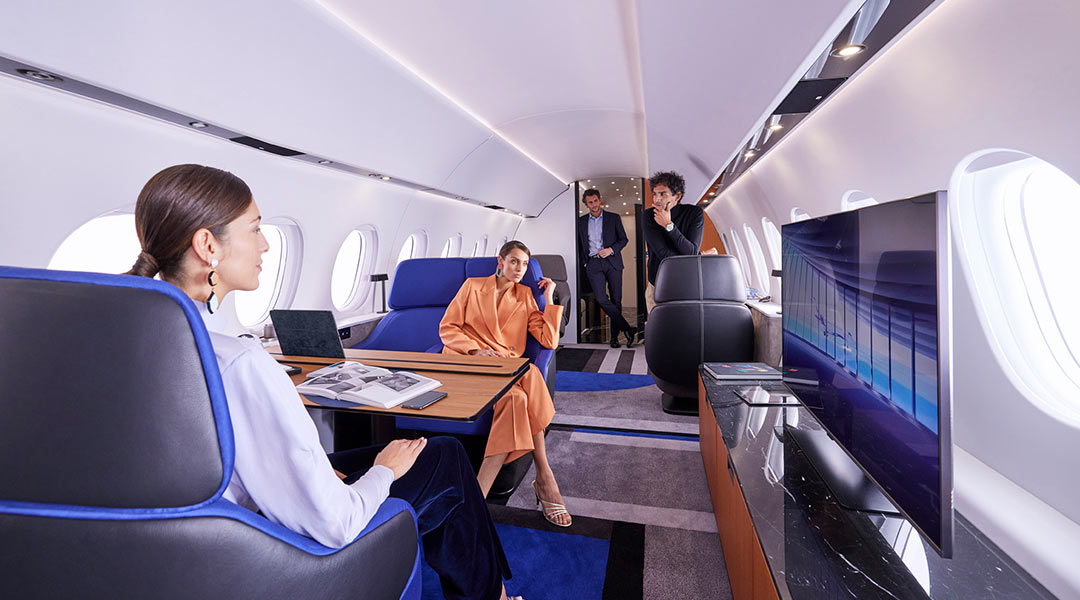 The Red Dot Awards are among the most distinguished prizes in the design world and a sought after mark of brand excellence.

The 10X, currently in development, will be the largest purpose-built business jet on the market. It will feature a range of 7,500 nautical miles and a top speed of Mach 0.925. Its 2,780 cubic feet of interior space provides endless possibilities for design creativity and inventiveness.

A full-scale mockup of the award-winning cabin was just on display at the European Business Aviation Convention and Exhibition in Geneva.

“Dassault Aviation stands apart in its ability to blend high technology ̶the company is a world leader in  aerodynamics and digital flight control ̶with cabin aesthetics and the inventive use of modern design,” says chairman and CEO Eric Trappier. “The objective is to raise the bar in terms of passenger  experience, which is what you will see in the 10X.”

In addition to its superb ergonomics and ultra-flexible layout, the 10X interior will offer a host of other wellness features, including 100 percent pure air and a new environmental system permitting precise temperature control in each passenger section.

This year, a record number of manufacturers and design firms were in the running for the Red Dot  award, which judges entrants on both design quality and creative achievement. The award will be  presented in this year’s Red Dot Design Yearbook and be featured in the organization’s permanent exhibition.

The 10X has also received recognition from the International Yacht & Aviation Awards (IYAA) sponsored by design et al, the UK design magazine. They recently shortlisted the aircraft as a finalist in the Private Jet Interiors category.

These honors echo similar marks of distinction awarded by Red Dot and the IYAA for the innovative  interior of the extra wide-body Falcon 6X.