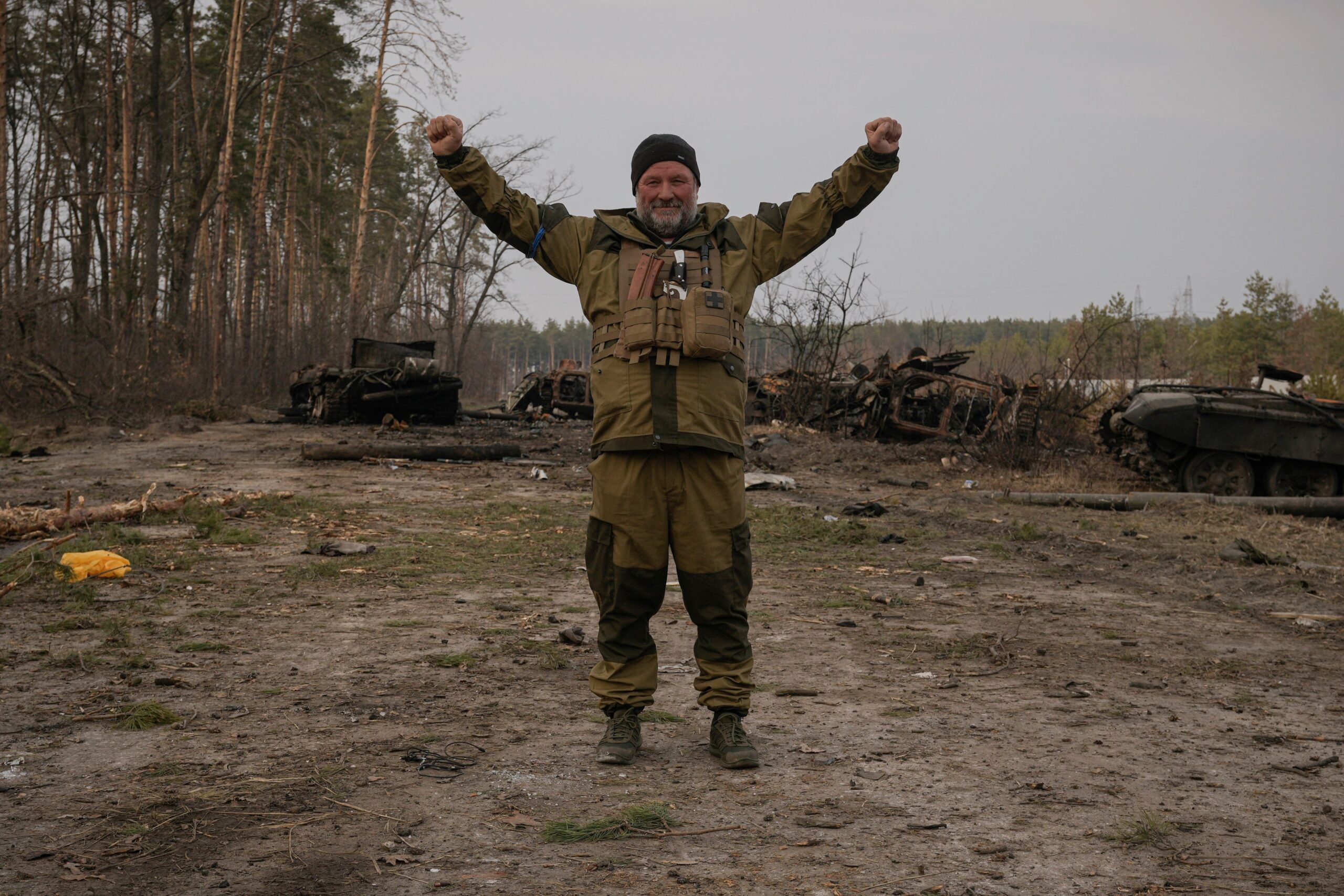 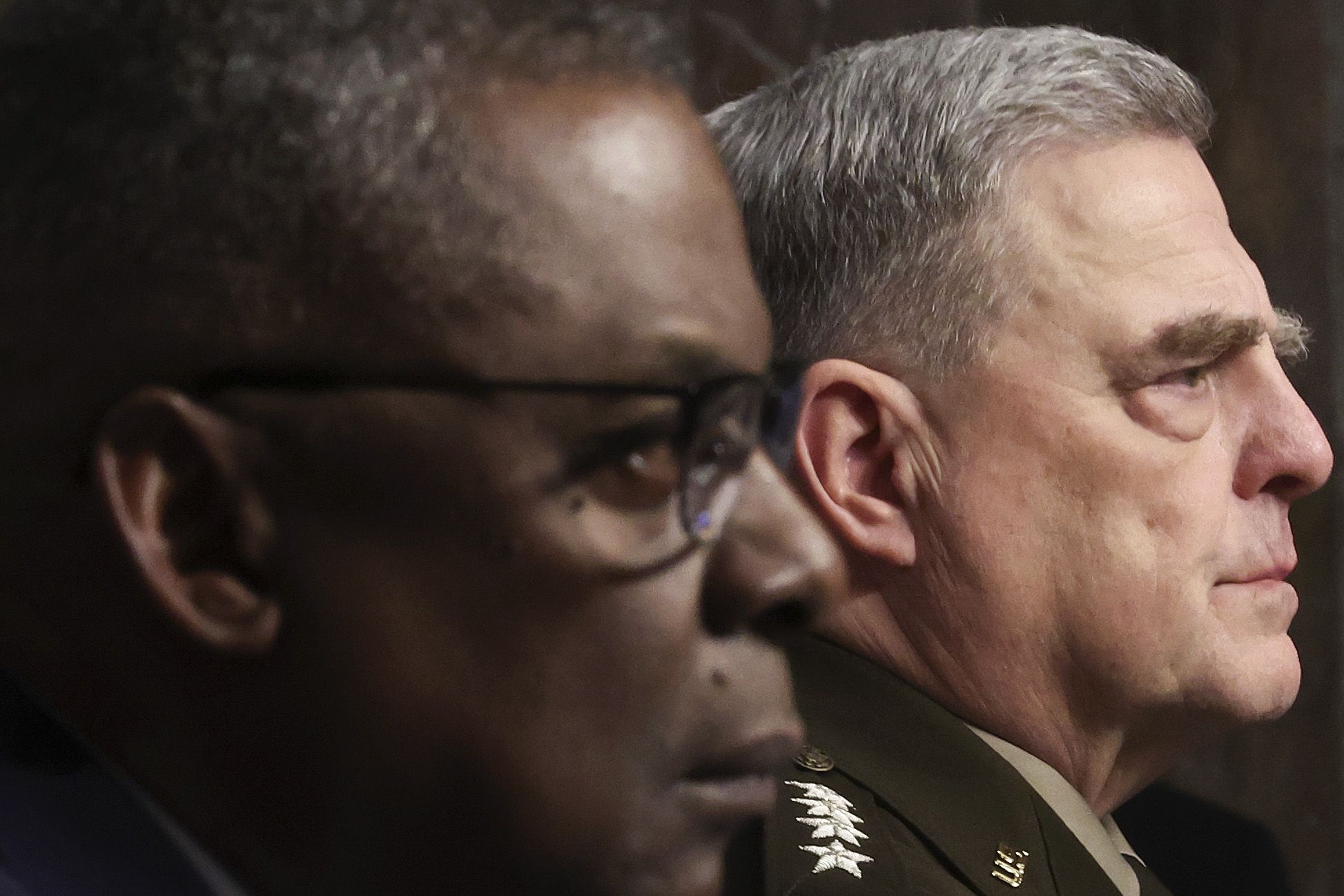 WASHINGTON ― U.S. Defense Secretary Lloyd Austin said Russian President Vladimir Putin has “probably given up” on trying to capture the capital city of Kyiv, as Russia has shifted its focus to eastern and southern Ukraine.

“I think Putin has probably given up on his effort to capture the capital city and is now focused on the south and east of the country,” Austin said, adding that the Pentagon’s focus is to continue to arm Ukrainian forces as the fight enters its next phase.

Chairman of the Joint Chiefs of Staff Gen. Mark Milley testified that the U.S. and allies have provided 60,000 anti-tank weapons and 25,000 anti-aircraft weapons ― the first public tally provided by a U.S. defense official.

According to Milley, Ukraine is seeking armored vehicles and artillery for the next phase of the fight. Because U.S. systems would require months of training, the effort’s focus has been on finding systems from allies and partners that Ukrainians can use with minimal training.

“We are looking around along with other countries in NATO to help them out in terms of building them up in terms of armor and artillery,” Milley said. “The fight in the southeast is different from the north, it is much more open and lends itself to armor, mechanized operations, offensive operations on both sides.”

Lawmakers grilled defense officials over why the Biden administration wasn’t helping Ukraine more quickly with more weaponry, intelligence and humanitarian aid. Austin emphasized the speed of the aid being supplied but said Ukraine is getting what the administration believes the country can use effectively, and not everything it’s seeking.

Sen. Roger Wicker, R-Miss., pressed Austin over why the administration spent only $900 million of the $3 billion Congress authorized in aid to Ukraine and NATO allies in the federal spending package signed into law last month. (The Biden administration has committed a total of $1.7 billion in U.S. aid since Russia’s invasion.)

“We are flowing resources into Ukraine faster than most people would ever have believed conceivable. In some cases, from the time authorization is provided, four or five days later we see real capability begin to show up,” Austin said.

Sen. Richard Blumenthal, D-Conn., asked whether it makes sense to invoke the Defense Production Act to produce more of the weapons the military is sending Ukraine from its own supplies. The Defense Department is trying to figure out how to ramp up production for the Raytheon Technologies-made Stinger, which is in low-rate production primarily for foreign customers.

“We are pushing hard to engage the industry to make sure that we move the production of these items as quickly as we can ― and that’s not an easy task with at least one of the items there,” Austin said.

Asked by Sen. Jacky Rosen, D-Nev., what more the U.S. could provide, Milley said air defense systems ― both portable systems supplied by the West and Ukraine’s longer-range surface-to-air missiles ― have proved the most effective at preventing Russian air dominance.

“For the most part, the Russian Air Force is not being very effective and that’s the reason,” Milley said.

Amid questions from Sen. Tim Kaine, D-Va., about how to surge humanitarian aid to western Ukraine while fighting is concentrated elsewhere, Austin said the goal has to be managed so as to avoid risking a war between Russia and the United States.

“One of the things we need to consider is what we need to do get people in there to protect that area, and that’s a decision that takes you to fighting the Russians, so that’s a pretty significant decision,” Austin said.

The Associated Press contributed to this report.