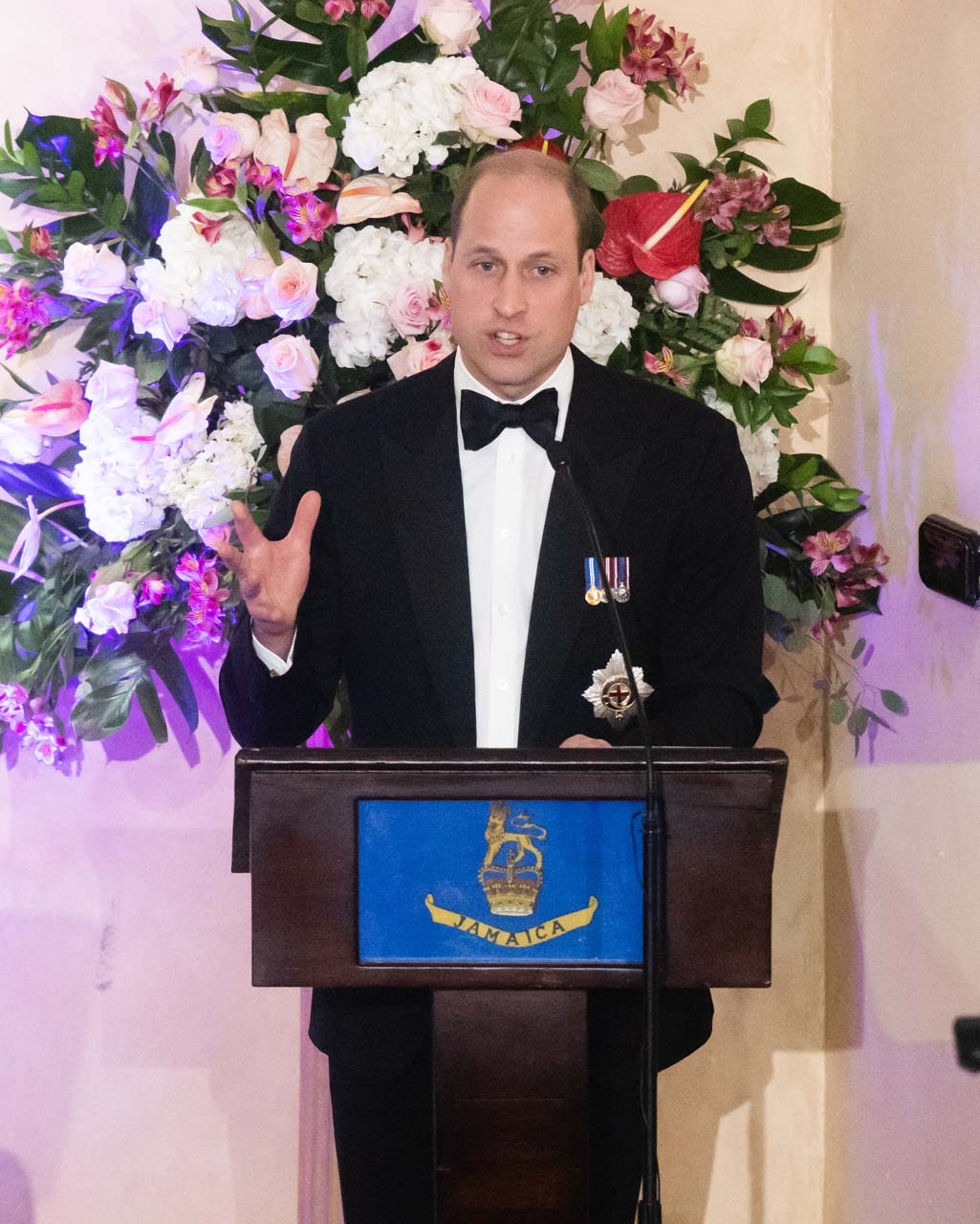 ‘Anniversaries are also a moment for reflection, particularly this week with the International Day of Remembrance of the Victims of Slavery and the Transatlantic Slave Trade,’ he said. ‘I strongly agree with my father, The Prince of Wales, who said in Barbados last year that the appalling atrocity of slavery forever stains our history. I want to express my profound sorrow. Slavery was abhorrent. And it should never have happened. While the pain runs deep, Jamaica continues to forge its future with determination, courage and fortitude. The strength and shared sense of purpose of the Jamaican people, represented in your flag and motto, celebrate an invincible spirit.’

Prince William’s comments came after the prime minister of Jamaica made it clear that his country would be seeking to remove the queen as head of state in the future.

‘Jamaica is a very free and liberal country and the people are very expressive and I’m certain that you will have seen the spectrum of expression yesterday. There are issues here which are, as you would know, unresolved, but your presence gives an opportunity for these issues to be placed in context, put front and centre and to be addressed as best we can.’

Ahead of the couple’s arrival in Jamaica on Tuesday, there had been protests outside the British High Commission, accusing the Royal Family for benefitting from the ‘blood, tears and sweat’ of slaves. Meanwhile, earlier in the week, the couple had been forced to cancel a trip to a village in Belize after locals protested against their helicopter landing there.