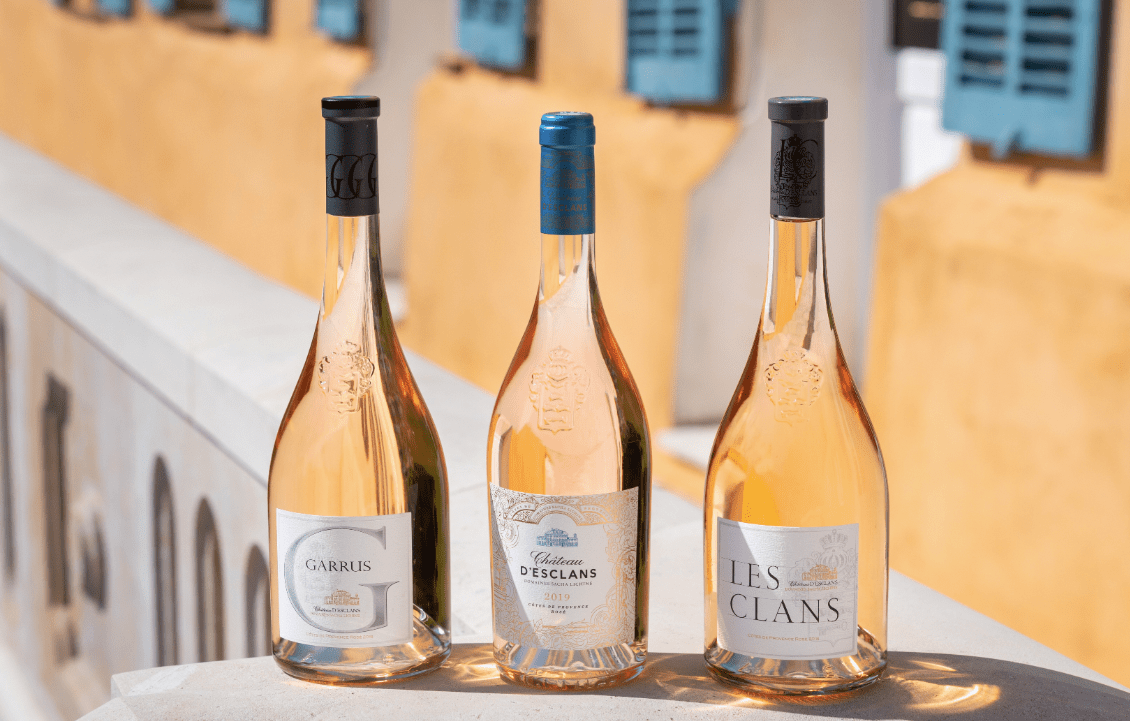 Imagine a magical estate situated in the heart of Provence where a grand 18th Century Château stands surrounded by parkland, forest and beautiful vineyards overlooking a bucolic valley with the Mediterranean coast in the faint distance. Welcome to Château d’Esclans Domaine Sacha Lichine, an inimitable estate from where a world-class rosé portfolio was first envisioned in 2006.

Encompassing the portfolio are Whispering Angel, Rock Angel, Château d’Esclans, Les Clans, and Garrus. This award-winning range has established itself as a new generation of rosés characterized by elegance, depth, richness and complexity. The range is today’s worldwide reference for Provence rosé. And, as they come from the world’s greatest rosé producing region, that aspect elevates their profile all the more.

The winery’s tiered wine portfolio is the realization of Sacha Lichine’s vision. After acquiring in 2006 what is today a 427-hectare estate with 140 hectares of planted vines, Sacha Lichine set out to create the world’s greatest rosés, effectively igniting the “Rosé Renaissance”.

The story begins with an idea about rosé occupying a small space in the wine landscape and when compared to red and white wine paled in comparison in terms of prevalence. This, in Sacha’s estimate, was something that could change over time. To build anything from the ground up is enormously challenging. So, beyond the idea, the execution of this concept begins with the land, terroir as the French call it.  Quality terroir is of great importance here and part of the thinking that went into purchasing Château d’Esclans was that it has exceptional terroir consisting of soils that are rich in limestone, chalk and clay, some of which have old vines growing off it. The swath of land being flat in some areas and hilly and others both afford unique benefits which contribute to the character of the different rosés produced by Lichine.

The technique to make these wines embraces a technologically advanced approach in state-of-the-art production cellars which complement the quality of grapes cultivated and harvested from the terroir. Different production methods give the wines their own character making them unto themselves and, moreover, crafted for different styles, tastes and occasions. That being said, the range serves up lovely aperitif related occasions which both Whispering Angel and Rock Angel are well suited to while Rock offers broader consumption possibilities (food pairing) based on its complexity and structure.

As one ascends beyond these two wines and encounters Château d’Esclans, they begin to experience refinement and elegance at a higher, super-premium level. Château d’Esclans paves the way for our two top-end wines, Les Clans which epitomizes a sophisticated, food-driven wine that is quite unusual for rosé in general. Garrus is in a class by itself as an iconic wine, the inception of which has been likened to the creation of Dom Perignon’s rosé to help the Shah of Iran celebrate 2,500 years of the Persian Empire in 1959. Forty-seven years later, Garrus was launched representing the first and most exemplary effort to make rosé like Champagne but without bubbles.

All said, the genius of this approach, which is unique to the rosés produced at Château d’Esclans, served as a catalyst to almost immediately making these exceptional wines noticed and remarked upon as a new chapter in not only making rosé differently but making it grand, something that Sacha Lichine set out to do fifteen years ago ultimately giving him and his associates a voice of the luxury rosé category whose seal of authenticity is key to the wines they produce.