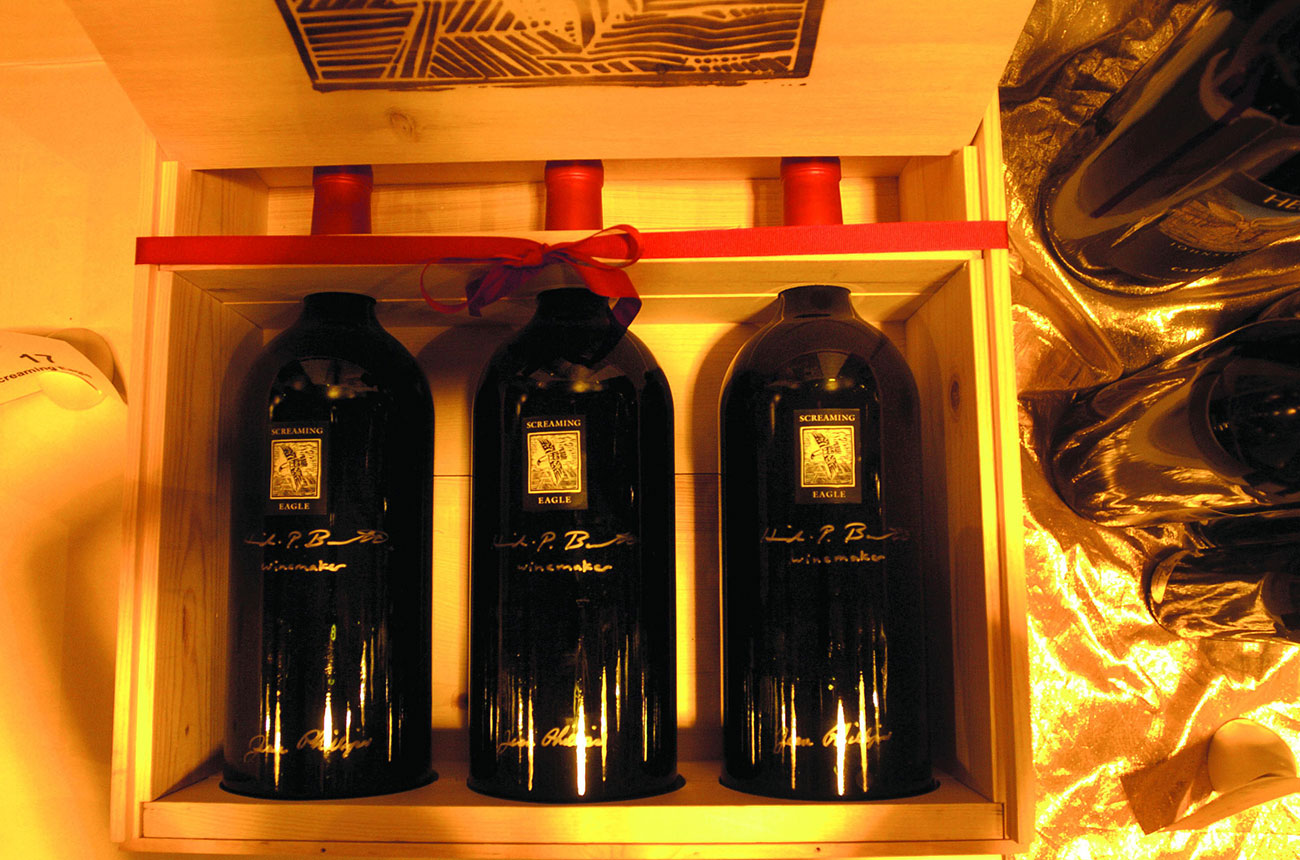 Prices have been rising on California fine wines, and especially Screaming Eagle, said Liv-ex this week.

Its California 50 index, which tracks the price performance of Screaming Eagle, Harlan Estate, Dominus, Opus One and Ridge Monte Bello, has increased by around 32% in the last year.

‘High quality and heightened demand have led to rising prices,’ said Liv-ex, a global marketplace for the trade.

Its figures provide more evidence of a strong 12 months for the fine wine market in general, and follow a good performance for California in the  Liv-ex 2021 Classification.

While the California 50 rose faster than the broader Liv-ex 1000 index, the Champagne 50 and Burgundy 150 indices both rose even more steeply. 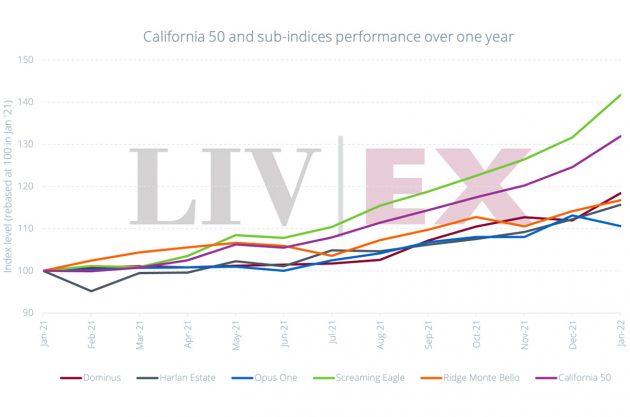 How the Liv-ex California 50 index and its constituents have performed over 12 months. Chart created by Liv-ex.

Screaming Eagle has been a standout performer, with prices up by more than 40% in the last year, Liv-ex said. The other four names in the California 50 index saw increases of between 10% and 20%, although this may vary between particular vintages.

A number of California wines are now sold internationally via the Place de Bordeaux, amid signs that some of the region’s best-known producers have sought to expand their reach – while also catering for collectors and drinkers in the US.

It added that it anticipated further price rises on top names in the coming months.

New releases of Ridge Monte Bello, Opus One and Dominus sold well in 2021, but customer demand wasn’t confined to the upper echelons of the market, Goedhuis said.

‘Our new releases of Eden Rift all found happy buyers, along with the September La Place releases of old favourites like Verité, and new additions from Peter Michaels Cellars.’

California on the fine wine market: ‘slow but steady gains’