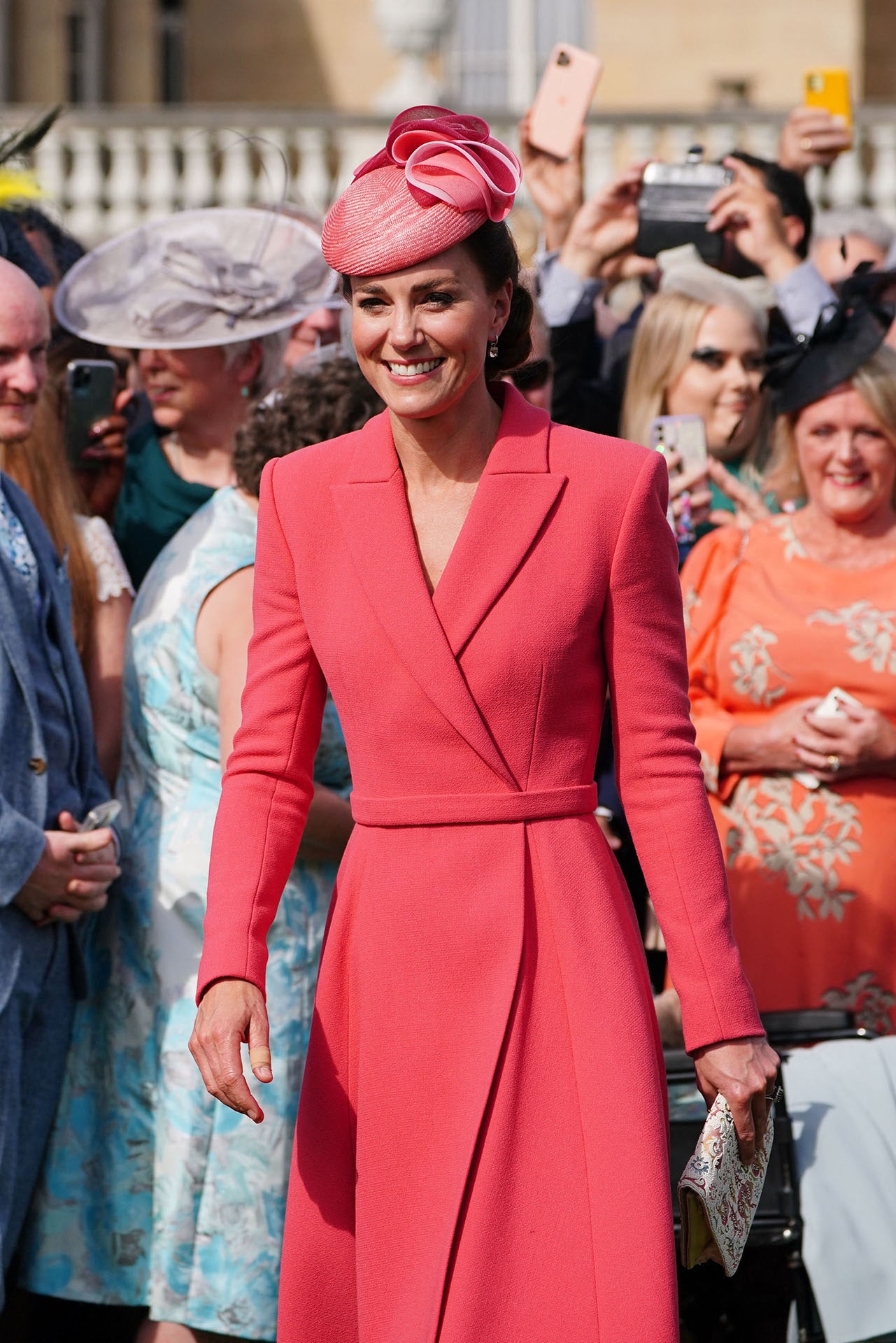 The duchess met representatives from several of the charities present, including the Foundling Museum, the Royal College of Obstetricians and Gynaecologists and the Forward Trust, while also chatting to an acting troupe from East London, Act Up! Newham.

The Queen’s annual garden parties are a way for her to meet and talk with people who have contributed outstanding work to their local communities or via their charities.

First established by Queen Victoria in the 1860s as twice-yearly ‘breakfasts’, the royal occasions were actually held in the afternoon, and took advantage of the new-found national obsession with tea-drinking. In the 1950s, the Queen folded the traditional debutante presentation party into a third Garden Party, so that new debs could be presented to her there instead.

With the Queen recently celebrating her 96th birthday, she has begun to scale back her public appearances, and will no longer confirm her attendance until the day of the event. While she was forced to miss the State Opening of Parliament last week, with her son and heir, the Prince of Wales, attending in her place, she did manage to make it to the Royal Windsor Horse Show, one of her favourite summer occasions. Earlier this week, she also made a surprise appearance at the opening of the new London tube line named after her, the Elizabeth Line.