Gen-Z may be the generation that is the most difficult to read. Cosmetic brands are political to them. They’re environmentally-friendly but live for fast fashion. And they may be the most influential demographic of them all.

Born at the same time that social networks and online retail giants came into existence, Generation Z is uncompromising when it comes to what it expects of fashion brands, demanding commitment to environmental, political and societal issues. But what about this generation’s own personal commitment? Eric Briones, co-founder of the Paris School of Luxury, editorial director of the Journal du Luxe, and author of the books “Le choc Z” and “Luxe et résilience,” deciphers the new behaviors of a generation that proves both fascinating and complex for brands to apprehend.

Your book is called ‘Le choc Z’ (The Z Shock). In what way does the arrival of this generation come as a shock?

The shocks are multiple, because there is a side to this generation that is difficult to read, and it is full of paradoxes. The first shock comes in the form of stealth. In terms of marketing targets, Generation Z doesn’t fit neatly into the boxes, if only because it can’t stand the stereotypes that are the legacy of older generations. For example, they are totally averse to the notion of gender, whereas the basis of marketing has always been to separate men and women. This generation is so complex and difficult to read that brands are simultaneously fascinated by it and seeking information to understand it. The second shock is one of indignation. This is a target that is constantly outraged, especially on social networks, and it does this in order to make itself visible. The power of influence is really connected to this indignation, which means that the status of the luxury object has changed, because members of Generation Z are much more demanding with brands than with themselves. The luxury object has become the manifesto of their commitment, the banner of their values. And these values must be seen. It’s a generation that is highly visually oriented. The third shock is a kind of digital shock. These are children who were raised by Amazon in the West and Alibaba in China, so it’s a generation that has fully experienced e-commerce and has extremely high expectations regarding how to sell, communicate about, and deliver a product.

Have clothes and cosmetics become political for Generation Z?

Yes, completely. What you have to understand when dealing with this generation is the impact of social networks. They were born alongside social networks, they live with them on a daily basis, and they are totally comfortable with them. What social networks have brought is a level of intimacy expressed to the outer world — the fact of sharing one’s life — that’s extremely important. Is what Gen Zers tell us the truth or is it the truth they would like to tell? That’s the real question. In the areas of fashion and luxury, Gen Zers do give a political dimension to clothing. But does wearing eco-friendly clothing mean that that person is environmentally conscious? And that’s what makes this target so fascinating, because you can’t work them out. When it comes to Generation Z, we suffer from myopia in both media and marketing. 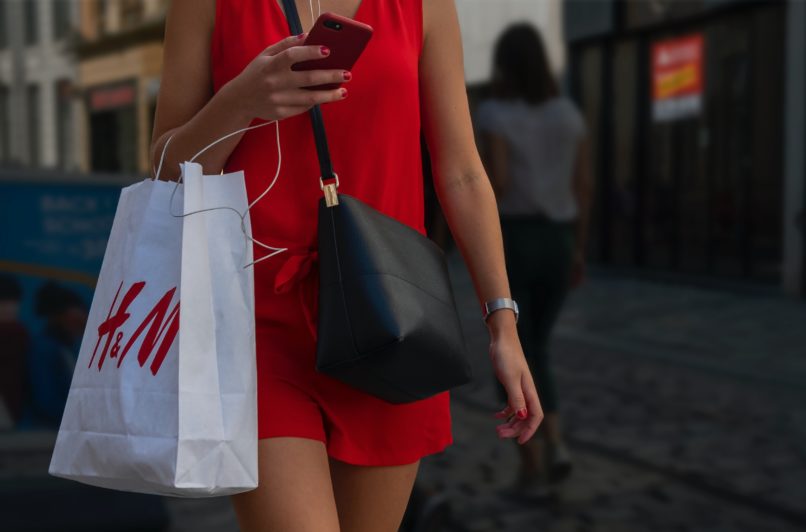 This is a generation that claims to be environmentally committed, but continues to turn to fast fashion – how can that be explained?

There is indeed a paradox. They require brands to be faultless on ecological issues, but when it comes to how they use fashion — fast fashion is still part of it. And then something that is very popular is the secondhand market. In France, a large proportion of the deals that are made on [secondhand buying and selling platform] Vinted concern fast fashion. And ultimately, this generation has an extremely strong business sense. They have always lived in a period of crisis, in a way, and are very resilient economically, and so they head to Vinted to have a larger, cheaper wardrobe, even if there may also be an ecological pretext. They can even do business there and make some money.

What are fast fashion labels doing to be more sustainable?

So their main criterion for making a purchase isn’t the environmental impact but the price?

It’s more complex than that. On the one hand, the ecological criterion does exist, but Gen Z remains in a framework of fast fashion in terms of how it consumes clothing. Except for a minority who are all about anti-consumption. It turns out that the secondhand market allows them to buy just as much but more cheaply, and with a patina of eco-consciousness. That’s why Gen Zers demand from the brands what they can’t yet do themselves. They are more active in their demands than in concrete actions. But the good news is that brands are listening to them because they are fearful of this power of indignation. All this is positive because it pushes brands to evolve.

Can it be said that they now hold the power, that they are now more influential than brands?

Absolutely. The shock of indignation is precisely the fear that it brings. So yes, brands are afraid of this Generation Z, they are afraid of their power to boycott and censor. This generation is unique in that it includes communities that are certainly in the minority but which are extremely active, who are perfectly familiar with how social networks function and who know how to skewer brands. Among Millennials, influence was measured by likes, whereas Gen Z is not into likes. It has understood that outrage can boost its power of influence. It’s a shock because when you work with Gen Z you find yourself constantly doing crisis management communication.

Why have brands made them their main target if they’re afraid?

France is not necessarily the best center of gravity, but simply because in other countries, such as China, luxury has been taken over by Gen Z. Economically, Gen Z is extremely powerful in the US and China, less so in Europe because of the crisis. Millennials and Gen Z account for 180% of growth in luxury between now and 2025. Millennials have become the bosses of luxury, the top customers, but the Gen Zers are right behind, especially in China. Furthermore, if your brand is not desirable to youth, parents aren’t interested either, because youth rules.

Aside from the environment, has the notion of commitment – inclusivity, diversity, politics – become essential to currying favor with Gen Z?

Of course! In any case, we can see today that the brands considered desirable are brands that are committed. Take the example of Louis Vuitton, which is a brand committed to the notion of inclusiveness since Virgil Abloh heads up its men’s fashions. The same is true for Dior, which is committed to the notion of feminism with Maria Grazia Chiuri. It is now increasingly rare to see brands that are not committed.

The post Power of influence: how Generation Z is giving brands a run for their money appeared first on Lifestyle Asia Bangkok.