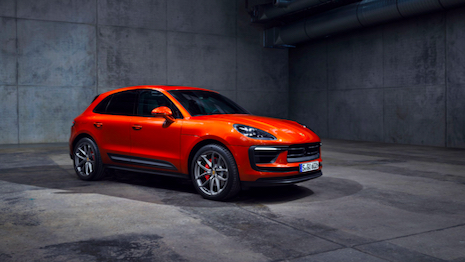 German automaker Porsche is daring drivers to move forward in a spot highlighting the new Macan.

In the minute-long vignette, viewers witness the adventure woven through the new Macan’s DNA, as well as its sleek performance. The spot reminds drivers that the Macan can give a special kick to an otherwise ordinary day.

“This ad, which is shot like an action movie, builds hype for the new next-generation Porsche Macan,” said Julie Blackley, communications manager at iSeeCars, Boston. “The new 2022 version is sportier and more powerful, and this spot masterfully highlights the car’s aesthetic and performance updates.”

Daring forward
The short film begins artfully with a faraway shot of a young person walking into some kind of mysterious lot. These shots are spliced with dramatic footage of a man maneuvering the new Macan, revving its engine and speeding down the lot.

There is much to be discovered in the new Macan effort

Eventually, the protagonist scales the exterior of one of the lot’s buildings as the shot periodically checks in on the driver who appears to be driving fast to an unknown destination.

Viewers then experience close-up shots of the precise design of the Macan’s interior and exterior.

The film once again cuts to the character who is suspended from the roof of a building, with the shot revealing them meticulously painting something. In another shot, the Macan continues onward.

Finally, the driver arrives at the lot and its adjacent buildings, where the mysterious person has painted a message. 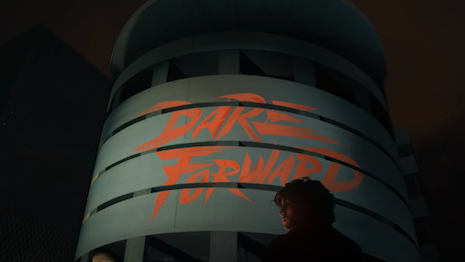 Porsche has a message for drivers. Image credit: Porsche

The unique and suspenseful vignette symbolizes the sense of adventure that is inherent in the new Macan, which has redesigned front and rear aprons and several additional refinements to support its elevated efficiency and performance.

The excitement continues
Porsche continuously conveys that it is an automaker built on exciting ethos. With Porsche, there is always an invitation to join the adventure.

Last month, Porsche highlighted its vibrant history at the 24 Hours of Le Mans, which spans more than 60 years.

In the first installment of a new series, viewers are guided by Timo Bernhard, Le Mans overall winner and Porsche brand ambassador, and Fritz Enzinger, vice president of Porsche motorsport. The pair reminisce, analyze Porche’s connection to the race, discuss what their victories meant to them and take a test drive in a 356 SL (see story).

Since 2017, “Back to Tape” has taken a holistic approach to exploring the roots of hip-hop and urban culture in Germany and across Europe, seeking a dialogue beyond just genre or clothing. For the aforementioned effort, three graffiti artists turn Mr. Hüls’ “Hip-Hop Culture—A Road Trip through Europe” into legally sprayed artworks (see story).

The latest Macan spot is a reminder that even with its SUV offerings, Porsche can still guarantee style and a powerful complement to an ordinary day.

“Some performance-oriented drivers might consider crossover SUVs to be boring vehicle choices, but the Porsche Macan defies that stereotype,” Ms. Blackley said. “The Macan captures the essence of what the Porsche brand is known for and shows that SUVs can still be exhilarating to drive if they’re under the Porsche marque.”