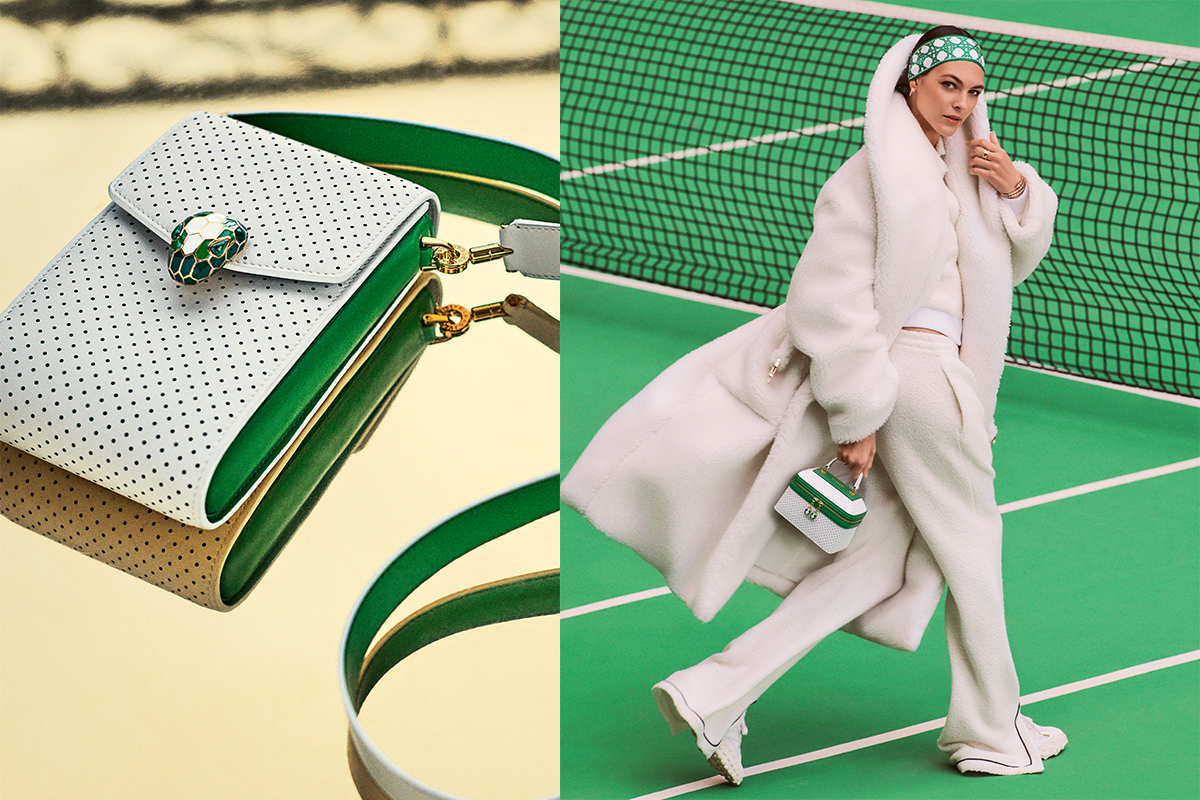 The world of tennis inspires the first collection of leather goods from the collaboration. 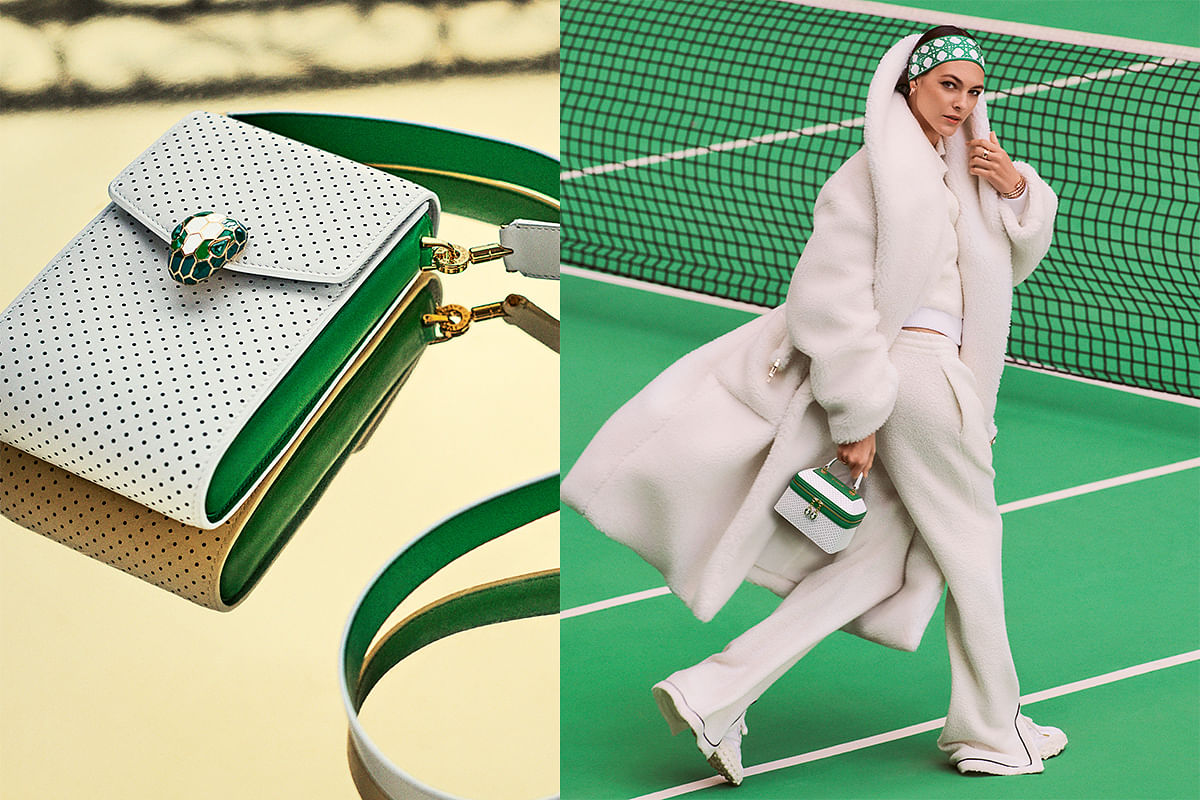 Comprising looks that are loungey, a little sporty, and always relaxed in a colourful, retro-glamorous style, Casablanca was started by French-Moroccan designer Charaf Tajer only in 2018 — but the brand’s achievements and self-assuredness certainly belie its young age. Taking its stylistic cues from the notion of apres-sport as well as Tajer’s French and Moroccan heritage, Casablanca has become a favourite with celebrities such as Hailey Bieber and Kendall Jenner (despite its founder ostensibly not spending a cent on such influencer marketing).

The young brand, whose founder was one of eight LVMH Prize finalists in 2020, has also had a successful series of collaborations with New Balance. Now, as the latest designer in Bulgari’s ongoing collaborative series, “Serpenti Through the Eyes Of”, Tajer puts his brand’s “Gen Z jetset” twist on a capsule collection of Bulgari’s leather goods.

(Related: Bulgari and MB&F team up to create jewellery watches that are complex and ornate.)

The seven-piece collection will be divided into two launches: Apres Tennis and Mosaic, inspired by Casablanca’s sportive-lifestyle aesthetic and Bulgari’s Roman heritage, respectively. Launching in Bulgari stores on Apr 20 (but available for pre-order from Bulgari’s website on Mar 31), Apres Tennis comprises four styles influenced by the sport: The Serpenti Forever bag, which can be carried by hand with a detachable wood handle or cross-body with its removable leather strap; the angular Jewellery Box; the roomy Tote bag with its large Bulgari logo; and the mini Serpenti Crossbody bag.

Each of these styles are distinguished by contrasting white and green finishes, and a mix of materials such as white perforated leather, gold-plated hardware and wood handles. They are all, of course, topped with Bulgari’s iconic enamelled snake head.

Launching in store on May 20, and available for pre-order online at the Bulgari website from May 5, the Mosaic Story pieces are a playful take on traditional Roman mosaics. A vibrant and contemporary print with a mosaic-like finish is printed in a raised texture on calf leather on a trio of bag styles: The Serpenti Forever bag with detachable wood handle and leather strap; the Tote bag with a colourful Bulgari logo; and a Serpenti Crossbody Bag.

“With Bulgari we share the same love and respect for timeless codes and the ambition to interpret them in new ways: This is the prism we have played with on this collaboration. The collection is both modern and classic at the same time. Serpenti has a thousand-year-old iconography behind it and we wanted to bring it back once more but in a modern way, playing with its aesthetic features,” says Tajer. This doubles pairing certainly looks like a winning one.