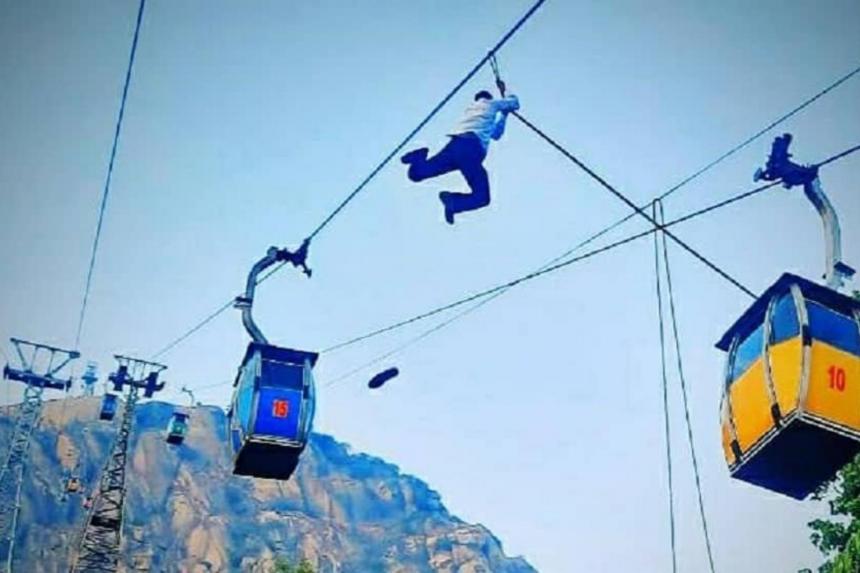 Around 48 people were travelling along a steep incline leading up to the Trikut hills in eastern Jharkhand state when three cars crashed into one another late Sunday.

Local officials said one woman died in the collision and another was seriously injured, with nearly 20 people still to be brought to safety.

“We have rescued more than two dozen people but some are still stuck,” a Deoghar district official at the site told AFP.

He said two tourists had jumped out of their cars last night in panic and survived with minor injuries.

The authorities called in the air force to winch stranded pilgrims out of their carriages with helicopters and drop food and water to others awaiting rescue.

The 775m Trikut cable car circuit is popular with tourists and pilgrims visiting the nearby Hindu shrine of Baba Baidyanath.