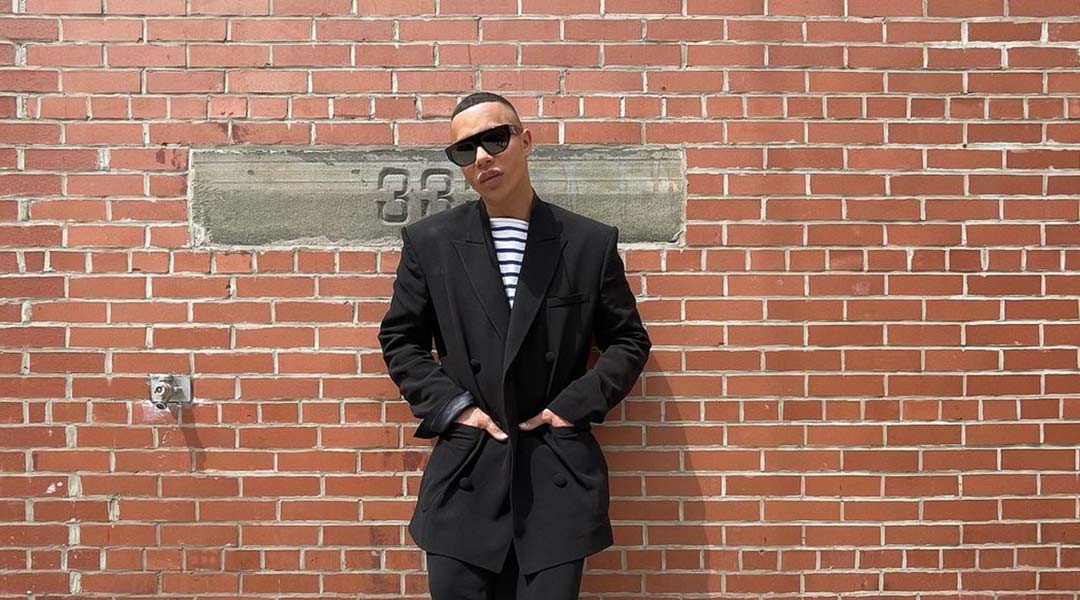 The creative director’s milestone also coincides with a special collection that is now in their Manila boutiques.

“This is my most personal presentation to date,” says Olivier Rousteing, Balmain’s creative director, on his capsule collection that has just hit Manila.

It makes sense given that the limited line marks his 10th anniversary as the French luxury house’s creative head. “It’s a role that I stepped into when I was just a kid—oh my god, just 25 years old, way back in 2011,” he says. “And it has been a responsibility that has controlled every moment of my life for the past decade—but, obviously, I wouldn’t have had it any other way.

They decided to celebrate that decade, which he describes as “years of nonstop challenges, creations and changes,” with a re-edition of some of his favorite looks.

“Looking at them, all grouped together, brings me great joy,” he admits. “When I was designing some of the earliest of these, as an occasionally overwhelmed twenty-something, I definitely would have laughed if someone would have told me that someday I’d be showing them as part of my retrospective—but at this moment, I can see that they are milestones of the journey that brought me to where we are now.”

When he presented the collection at the Balmain Festival late last year, it marked also a return to in-person runways. The collection was well-received by thousands of guests attending.

“After more than a year of pandemic fears, restrictions and enforced separations, we’re relieved and beyond grateful to finally be able to safely celebrate, together,” Rousteing says. “So, in many ways, I see this moment as a key date—we’re regrouping, saluting a past chapter, and moving forward into a new era. And that new era is all about freedom.”

As the world, hopefully, sees the light at the end of the tunnel of the pandemic, he notes how much we have all changed. The 36-year-old thinks that we have learned too much for us to ever go back to the way things were before. “There’s a fresh, strong desire for accountability, honesty and liberty in all spheres—including how we live, dress and act,” he says.

That new mood aligns perfectly with the bold spirit of this house, Rousteing explains, adding that he sees the brand’s loyalists as “passionate rebelles who are stubborn troublemakers. They’re most comfortable when they are pushing forward and nobody can stop them when they feel the need to push back.”

That swagger, when paired with next season’s sleek silhouettes, creates this line’s uniquely powerful and seductive vibe, he points out.

Rousteing shares that it’s probably this ethos of transparency and honesty that pushed him to add emotional touches to the line. Many elements reference an unfortunate incident he suffered and his long road to recovery.

“A year ago, I suffered some painful burns in an accident. Hospital rooms, bandages and gauze wraps suddenly became a big part of my life,” the Frenchman says, “and as I began sketching, I found myself translating those months of doctors and physical therapy into today’s many bands, weaves and dangling straps.

The golden bands seen adorning the models’ hands during the runway show symbolize the ring sets that Rousteing wore to hide his scars during recovery. But, he says, that by embracing “that previous pain and celebrating the power of healing, somehow I’ve been able to translate them into beautiful components of my designs.”

Apart from all that, he also explains that the designs highlight the house’s savoir-faire, with sharp cuts, precision tailoring and some more-than-impressive artisanship from both the ateliers of Balmain and the Maison de Lesage.

Their mastery of traditional Parisian couture arts can be seen in the metal weaving, ruching, and quilted leathers of the collection. They have also married their techniques with 21st-century breakthroughs—with innovative molding skillfully adapted to create 3-D and draping embellishments on next season’s offerings.

“When the door opened for me in 2011, I was not the most expected candidate for a creative director,” Rousteing says. “Since then, I have been determined to use this opportunity and position to keep pushing for further change. I’ve worked to ensure that Balmain’s presentations, workspaces and campaigns reflect the true diverse beauty of today’s world.”

Runways, which were once limited to just a lucky few of fashion insiders, are now open to more and more fashion lovers, he pointed out. Last year’s festival was shown live to over 6,000 of their Balmain Army members.

“Over the next ten years, I pledge to continue to push for more inclusion, more democracy and more openness,” Rousteing says. “Here’s to the next decade of sharing our joy-filled signature mix of fashion and music with more and more of those who wish to enter into the Balmain universe.”

Banner: Photo from @olivier_rousteing on IG