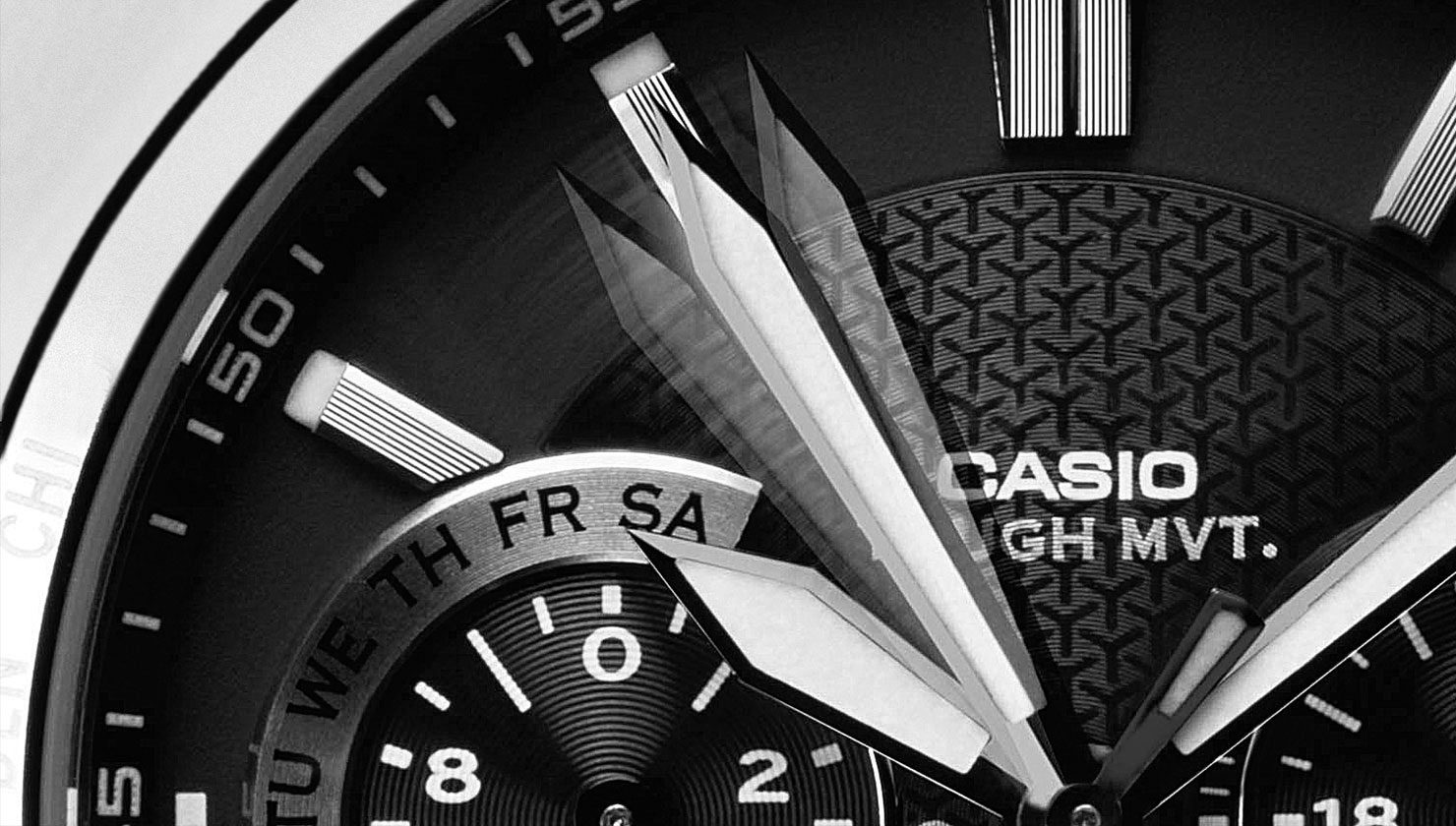 In 2022, G-Shock has surprised us with many new additions to its portfolio. Casio has released a number of exceptional timepieces such as the new Carbon Mudmaster and the stylish Skeleton model in just 4 short months. In the article below we explore 5 of the most notable G-Shock releases of 2022. These must-have watches are only the tip of the iceberg for the brand, as many more watches are expected to be released later on in the year.

This Casio G-Shock Foggy Forest Series offers to Casio lovers a slightly different aesthetic experience to a number of the brand’s other models. The series is inspired by the mysticism of the forest and other landscapes which Casio describes as “magical”. This watch stands out with its intriguing colour. The green and black swirled effect of the case and bracelet is made of mixed-colour resins. The effect makes the watch look like it’s appearing from within a deep fog. Functions on the watch include alarms, an auto calendar, a countdown timer, a stopwatch function as well as a world timer. The watch is fitted with the brand’s new Carbon Core Guard structure. It is also water-resistant up to 200 meters or 20 bars.

2022 has also brought us this Green Skeleton watch from G-Shock. The watch is an updated colourway of the GMA-S110GS series. The case and the bracelet are made of a semi-transparent light green resin. The watch features a digital dial and an analogue dial. The model features a hollow Core Guard Structure which is meant to protect the watch against shock. The model has a countdown timer, a date, a day, a world timer and a stopwatch. The dial is protected by a hard glass crystal.

The G-Shock 2022 Fira Package is a series of watches that are created for people with a fiery adventurous spirit. These watches are for those who wish to have a robust timepiece by their side that will not let them down no matter the challenge. The case measures 49.3 in diameter. The watch’s strap is made of resin. In addition to the legible analogue dial, the model features three digital displays. The watch has a solar-powered battery, a stopwatch, alarms, a world timer and radio-controlled timekeeping, among its functions.

The Casio G-Shock Carbon Mudmaster is part of the brand’s Master of G land series line. The models in this series take the G-Shock “triple 10” concept and improve on it further than ever before. Due to the Carbon Core Guard technology added to this model, the watch is now lighter and slimmer at 16.1 mm. The carbon fibres used for the watch give each piece a unique look. Though thinner, the model has retained the rugged Mudmaster aesthetic with its oversized bezel, large crown and utilitarian dial. Amongst the many features of this watch are included ABC functions, a stopwatch, a mute function, a world timer and a temperature function. The model has solar-charging capabilities and radio-controlled timekeeping. Additionally, the watch is resistant to mud, vibrations and low temperatures up to -10 °C/ 14°F.

Last but not least on our list is G-Shock’s G-Squad Pro Smartwatch. This timepiece sports G-Shock’s distinctive aesthetic in combination with a functional interface. The model is powered by Wear OS by Google

. The model is part of the brand’s athletic G-Squad line and offers sports settings such as snowboarding, running, indoor workouts and many more. The watch is aimed at athletes looking to improve their fitness experience and have a durable timepiece to support them during workouts. The colour display of the watch is a touchscreen. Amongst the many features of this watch, it has GPS navigation, a microhpone, as well as an accelerometer, a compass and an altitude/air pressure sensor. The watch is water-resistant up to 20 bars or 200 meters.

What do you think are the most notable G-Shock releases of 2022 so far? Let us know in the comments below.