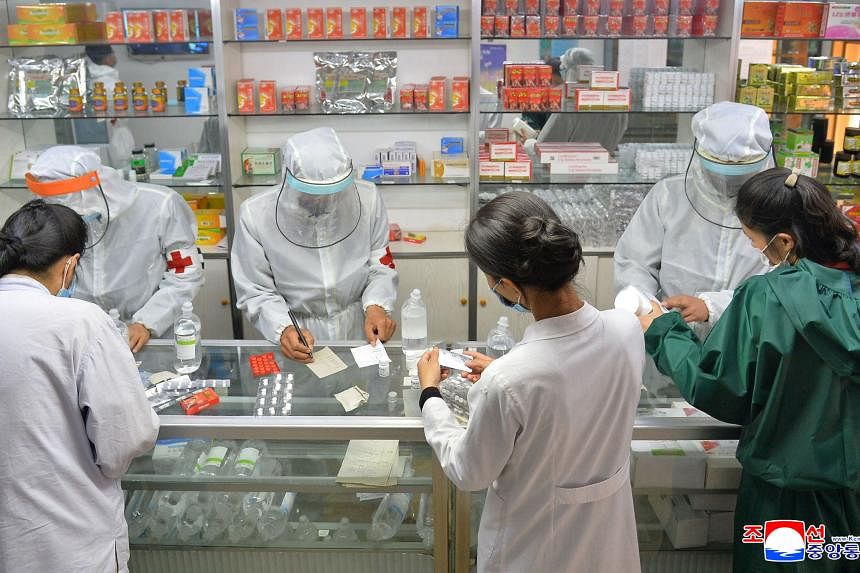 SEOUL (REUTERS) – North Korea’s daily fever cases dropped to below 100,000 for the first time, state media said on Saturday (May 28), less than three weeks after the country’s first acknowledgement of a Covid-19 outbreak.

The isolated country has been in a heated battle against an unprecedented Covid-19 wave since declaring a state of emergency and imposing a nationwide lockdown this month, fuelling concerns about lack of vaccines, medical supplies and food shortages.

The total number of fever patients since April rose to 3.36 million among the 25 million population. KCNA did not report any additional deaths. As of Friday, the death toll stood at 69.

North Korea has not confirmed the total number of people testing positive for the coronavirus, apparently lacking in testing supplies. Experts have said the announced figures could be under-reported, and that it is hard to assess the actual scale of the situation.

State media said “all sectors and units” in the country are “maintaining the maximum alert and mobilised posture” to fight the virus, with authorities pushing for a “strict, prompt and advanced” medical check-ups and tests.

“Multiple protective walls have been established for the lockdown and closure of the capital city, border, front, coasts, seas and airspace to thoroughly check the inroads of new virus variants,” KCNA added.

South Korea and the United States have offered to help North Korea fight the pandemic, including with vaccines, but Pyongyang has not responded.